5 reasons federal IT modernization is more important than you realize 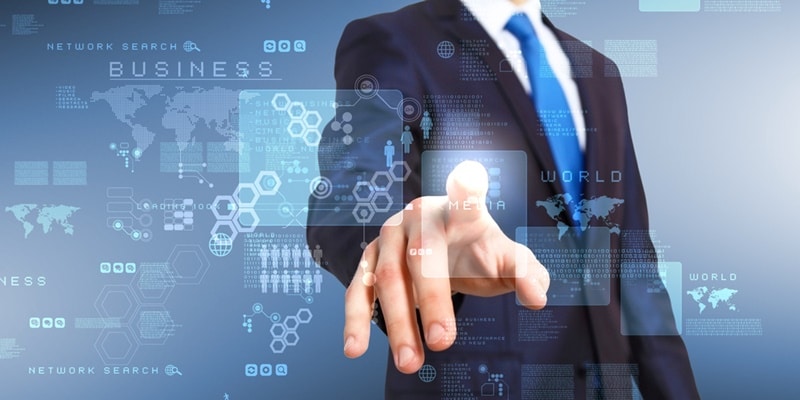 Perhaps the most glaring example of bureaucratic waste in Washington lies in its information technology systems. This should come as no surprise after the disastrous rollout of the health care exchanges website that the federal government isn’t exactly tech-savvy.

To be fair, Congress has passed two acts, the FITARA and MEGABYTE Acts, in an effort to streamline federal IT purchases and the implementation of modern technology solutions, such as cloud-based computing. President Trump even created the American Technology Council, comprised of members of the military and his cabinet, to help implement modernized federal IT solutions by the end of 2017.

Many myths surround this issue, including the costs and the importance of implementing these solutions. That’s why we have compiled five reasons why this issue is more important than you may realize.

1. US Nuclear Codes are Contained on Floppy Disks

As most of the world loses their collective minds to the idea of Trump with his finger on the nuclear football, should the world really trust the potential for Armageddon to IBM floppy disks? In its defense, floppy disks are a lot harder to replicate and hack.

This is perhaps the most brazen example of the dinosaur technology our US military and federal agencies operate with. Not only do these floppy disks dictate our stance on mutually assured destruction, but they also are used to operate ICBM missile tests, B-52 bombers, tanker support aircrafts, and much more. Ironically, the floppy disks used for the nuclear codes are 8-inch disks, which were considered outdated by the end of the 1970s. By floppy disks standards, these are considered antiquated.

2. No One Can Work the Things Anymore

Alright, so maybe having nuclear codes on floppy disk might actually make the world safer if they got wet or something. Unfortunately, this outdated technology exists across nearly department of the executive branch. Consider that the Department of Treasury uses two master filing systems that are both over 56 years old. With all of the controversy surrounding the backlog of veterans benefits at the Department of Veterans Affairs, you won’t be surprised to learn all VA benefits are filed and stored on a 51-year computer as well.

If it’s not broke, don’t fix it, right? Many of these old filing systems still run on IBM mainframes that look like they were taken from the set of War Games. More importantly, these systems still operate on Assembly Language Code and COBOL, which are not even used commercially anymore.

3. Commercial IT Systems are Secure and Simple

Contrary to popular belief, many commercial cloud based computing systems, including Microsoft and Amazon’s cloud systems are relatively secure. They contain multiple barriers to access, making them physically secure from an attack and provide encryption to prevent hackers from accessing or dumping data.

Maintaining legacy systems may be a giant waste of money, but so is the added time and burden placed on agencies who operate using this outdated technology. Modernized IT programs, such as agile software development and big data mining, helps to streamline work processes, making government run more efficiently.

Think of how efficient the VA could be if it processed and logged veterans benefits using technology from this century. Executive agencies, such as the Department of Treasury, could also leverage big data and modern IT solutions to protect consumers from fraud in the marketplace and discover solutions to foster economic development in the private sector.

According to a 2016 Government Accountability Office report, nearly 75% of the IT budget for federal agencies is spent on operations and maintenance of legacy systems, e.g. the dinosaurs. What’s more, it’s estimated that maintaining legacy systems costs 3x more than maintaining modern IT systems.

Unfortunately, federal IT investments continually encounter cost overruns and failed completion deadlines on the whole. Leave it to federal agencies to make modernization more expensive and inefficient than it needs to be. Fortunately, agile software development and cloud based updates take the hard work of updating modern IT systems out of the hands of government contractors.

Modernizing federal IT systems has been scarcely reported and many people simply don’t understand how much taxpayer money is being wasted on maintaining fifty-year-old technology. While plans to completely overhaul IT systems by 2020 are already in progress, empirical evidence seems to suggest that this process could take much longer. In the meantime, veterans awaiting benefits at their VA benefits and government agencies will suffer at the hands of outdated technology that can’t keep pace with the modern world.