The Mighty vaporizer is one of the best options available on the market today. Here’s some helpful tips that make it even better.

The Mighty vaporizer is industry known as the most powerful and most delicious portable vaporizer being sold right now. Manufactured by Storz and Bickel, The Mighty uses hybrid heat to efficiently vape your herbs for big clouds of flavor, but thanks to a lot of clever features of the vape, as well as some well-made accessories by Storz and Bickel, there’s a lot that this hefty piece of vaping excellence can do.

Combinations of convection and conduction heat like this create what is essentially the best of both worlds. With convection, you get a superior, toasty taste while the hot air passes over your herbs, vaping them all evenly. The problem with convection is the greater time it takes for your chamber to heat up. With conduction, you get an incredibly speedy heat up time, but the herbs are often vaped unevenly and aren’t very efficient at all. With hybrid heat, you get the benefits of both while each covers up its own weaknesses.

The Mighty vaporizer has a series of top of the line features that drive it up as one of the most well-loved portable models to go to. It has full digital control through an LCD screen at the base of the model. Its heat up time is usually no more than 90 seconds and thanks to the 2 rechargeable lithium-ion batteries, it can last you the entire day. 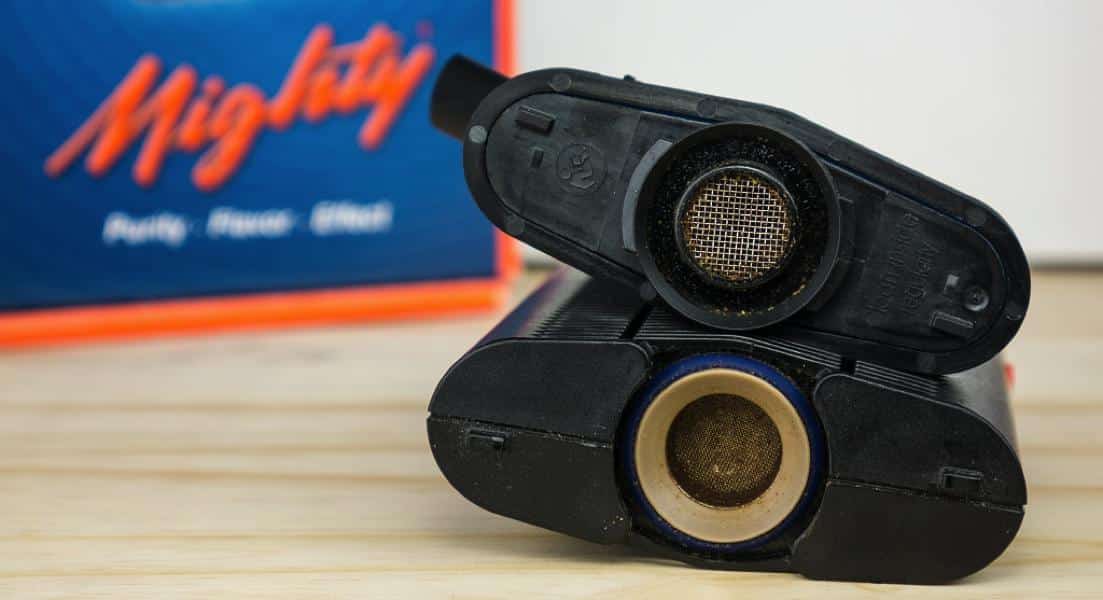 The Mighty comes with a fantastic cooling unit which the swiveling mouthpiece is built into. This cooling unit spaces apart the chamber and the mouthpiece and forces your vapor down an extra path that’ll give it more time to cool before you take your draw. This cooling really helps to release the full aromatic flavor of the vapor.

This cooling unit is incredibly important to your Mighty because it dramatically increases the quality of the taste of the vapor. In fact, the only issue with it is that it isn’t the easiest piece to clean but it probably the most important piece to clean regularly. There’s one great tip we’ve learned and that is to fill a small jar, something that the cleaning unit could fit into, with isopropyl alcohol (ideally something above 90%). Take apart the pieces of the cleaning unit and then soak them in the alcohol, then shake the bottle and get to cleaning the rest of the device. At the end of your deep clean, shake one last time and take the mouthpieces out of the alcohol. Hang onto the jar because it can be used over and over again for your next few cleans, letting you save your isopropyl alcohol more in the future.

Another quick tip: The rubber O rings that come with The Mighty’s mouthpiece and are also along the chamber get damaged over time by the chemicals in the cleaning alcohol so though it’s good for a good cleaning, leaving your rings in the alcohol for long periods of time will cause them to degrade faster.

Use The Autofill Tool 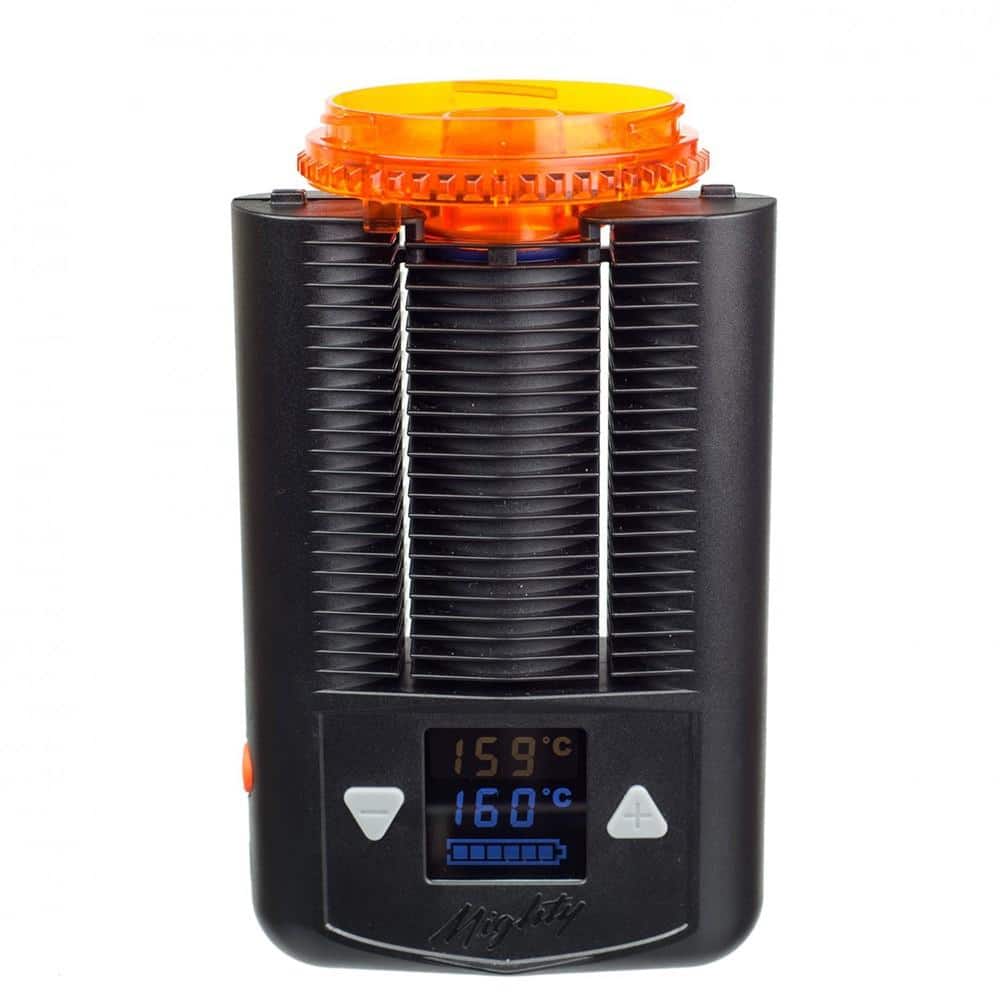 You may not think it’s necessary, but we’ve all seen people try to fill some kind of bowl and spill just a few scraps of weed off the side of the table, or even worse, onto the floor. Storz and Bickel have made sure an auto-filling tool comes with your Mighty for a reason so make sure you use it.

The tool can be used simply by filling the orange donut, flipping it over and removing the clear cover while leaving in the little plug inside the filling hole. You can then attach this part to the chamber of the mighty the same way you would the mouthpiece and then removing the top orange cover. Once you take out the plug, you can just push your herbs around the donut and into the slot where they’ll fit snugly into the chamber below. You’ll never drop a single herb again and it really shows that Storz and Bickel have their finger on the pulse with the little things that make up a stoner’s habit. 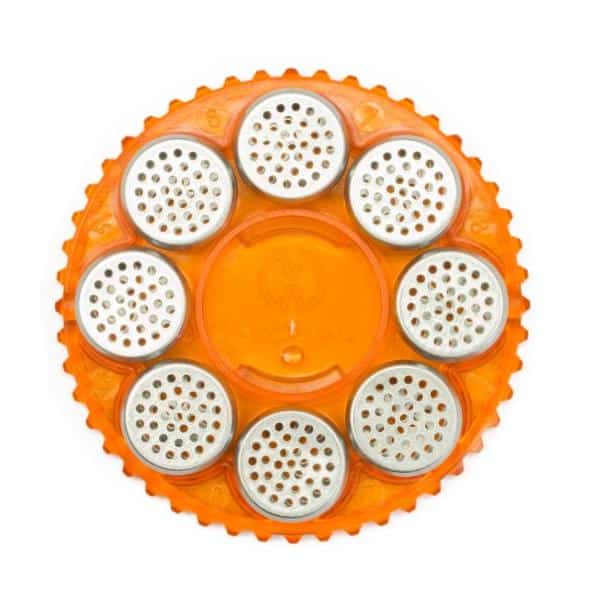 If we’re going to talk about convenience, we have to talk about the Dosing Caps; an item that no other vaporizer in the industry is currently selling. Recently Storz and Bickel released their dosing caps for their Mighty and Crafty vaporizers. These small, circular capsules come in a palm-sized, orange plastic, a donut-shaped container that can carry eight of them.

What you do with these dosing caps is fill each one with a portion of ground up the herb and put them back in the container. You can then close off the container and take that and your Mighty wherever you want to go and you’ll always have 8 hits of fresh weed ready in your pocket. These capsules take up some space within the chamber obviously, but they also fit perfectly inside so they won’t be moving around or causing any problems during the actual vaping process. Really these caps are just perfect for people who need multiple hits throughout the day but are too busy to constantly be grinding up another hit, scraping the old, vaped weed out and refilling the bowl. With the Storz and Bickel dosing caps, it’s just as simple as switching out each cap each time.

Some Other Quick Tips: The Mighty comes with a thinly woven mesh screen, meaning you can get a much fine grind on your herbs without getting it too badly clogged. Given the Mighty’s hybrid heating, you can afford to go much thinner with your grind without compromising air flow. It’s also recommended though that you do use the built-in stirring tool halfway through your session to make sure the airflow doesn’t get clogged up.

Only Want Half A Bowl? Use The Liquid Pad 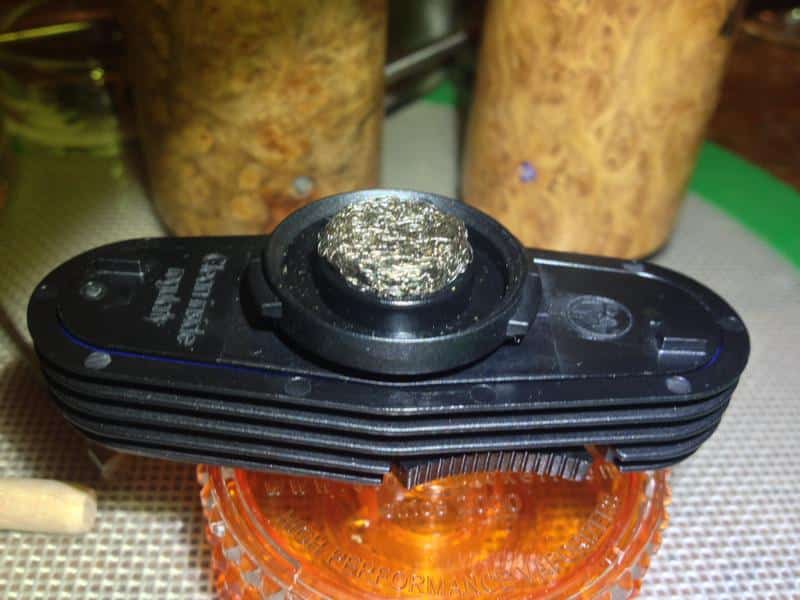 The Mighty, like a lot of high quality, top of the line vaporizers that are on the market are currently compatible with liquid pads for concentrates, making it incredibly easy to switch back and forth between dry herbs and waxes. The liquid pad, however, was quickly discovered to have another very handy use.

It’s always recommended that when using a vaporizer you completely pack the bowl to get the most out of the air-flow, but sometimes you may only want half of the chambers worth. In times like this, you can use the liquid pad by putting it in the chamber first and then packing your herbs around it so that the chamber is nice and tight but that a lot of the room is taken up, meaning you can get roughly half of the chamber to vape with but still get optimal airflow across the herbs you are using.

Now That You’ve Tried A Straight Vape, Try It With A Water Tool 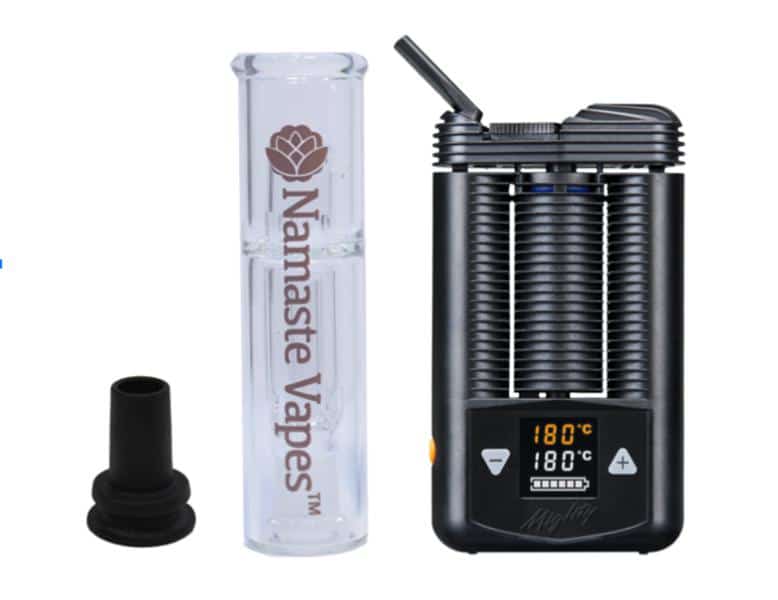 Using a water tool element on a vaporizer is never going to be something that’s necessary to the vaping. The whole point of vaporizing the weed is that it releases all of its cannabinoids in the form of vapor before the point of combustion. The whole point of water tools is to trap and filter all of the harmful carcinogens that would hurt your draw. Essentially, the water would be filtering out all of the bad parts of a smoke that just aren’t present in vapor. That’s not all a water tool does though because firing smoke or vapor through water has the ability to aerate it, making it taste better overall. Altogether, vaping through a water tool has the ability to create an incredibly fresh tasting and crisp vapor. If you like the Mighty’s standard taste, there’s no way you won’t also be able to appreciate this kind of combo.

There are many ways to adapt the Mighty for a water tool. Some companies already make straight adapters but you’d be surprised how many 14mm or 18mm whips with an open, plastic connection could also work if you just jam the Mighty’s mouthpiece into the plastic hose. A lot of vaporizer whips and adapters like these aren’t that expensive at all so if you have a mighty and you have a water tool it definitely wouldn’t break the bank to pick up a connection and merge the best of both worlds.