5 ways how virtual reality is going to change our lives

The virtual future is coming, and maybe sooner than you think. 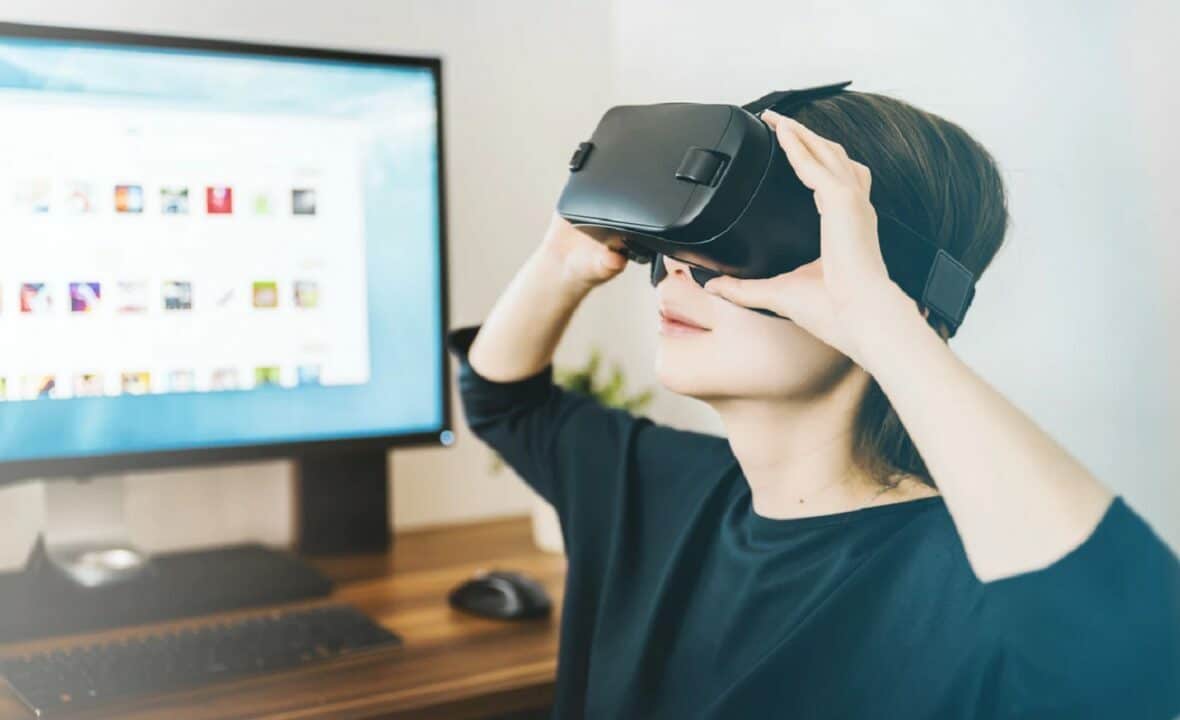 As advances in technology continue to grow at pace, it seems as though virtual reality will be the new reality for many of us within a few years. From entertainment to education, social media to shopping, a brave new dawn of virtual reality experiences is almost upon us.

The quality and functionality of VR devices are improving year on year, opening up limitless possibilities and ways in which this technology may impact our lives sooner rather than later. Let’s take a look at a few of the ways we can expect VR to change our lives over the coming years.

The world of entertainment is one which can expect to be hugely impacted by virtual reality tech, especially when it comes to areas like gaming. Gaming is the most obvious section of the entertainment industry that people think of when VR is discussed. This multi-billion-dollar industry is always looking for new ways to grab the attention of its audience, and what could do the job better than offering a truly immersive gaming experience where players entered the world of the game.

As headsets become less obtrusive and more intuitive, we are moving closer to such an experience becoming standard. This is good news not only for regular VR games; this tech could benefit the online gambling industry too, breathing new life into traditional online casino games. Take blackjack as an example: online blackjack games can feel rather flat and lifeless but imagine being able to take a seat at a virtual casino, to play against friends and strangers in real money action. Just another example of how virtual reality has the potential to bring the outside world to us, without our having to leave the house.

One sector of the business world which has already embraced VR technology is real estate. By donning a virtual reality headset, potential buyers can take a tour of properties without having to book appointments and take hours out of their day for no reason.

Obviously, most people will still want to visit a property in person before signing on the dotted line, but VR tech can certainly give people a great impression in advance. Virtual reality and tourism are other opportunities to maximize the potential of this tech.

Allowing people to virtually ‘visit’ exotic locales and hotels on the other side of the world can help to eliminate any nasty surprises which may arise once their holiday begins. In fact, there is no end to the possibilities suggested by virtual reality, allowing would-be buyers to trial a huge array of products without having to leave their homes.

As more of us take online classes and courses, it is only a matter of time before learning with virtual reality becomes standard. This technology can allow people from remote locations to attend school or colleges from around the world by virtually attending classes and lectures.

And it’s not just the practical aspects which could be improved by VR. Imagine a history lesson where you get to travel back in time to explore Ancient Rome or to get up close and personal with dinosaurs. The educational opportunities offered by VR also extend to otherwise expensive training. The cost of training to fly a plane, for example, can be mitigated by allowing trainee pilots to log hundreds of virtual flying hours from home.

Many of us are guilty of spending too much time on social media, whether that be Facebook, Twitter, Instagram, Snapchat or whatever the latest new social craze may be. Imagine a world where those social media outlets really suck you into their world via virtual reality technology.

A world where you can not only ‘like’ a friend’s Instagram post, you can pay a visit to that amazing beach where their glamorous snap was taken. A world where instead of messaging friends on Whatsapp you can virtually ‘meet up’ for coffee and a chat even if you live on opposite sides of the planet. Sounds interesting, doesn’t it?

The previous description of a world where all your socialising is done from your living room sofa may suggest that VR has no place in the realm of health and fitness. However, there are plenty of potential applications for this technology here as well.

Many of us have spent tedious hours slogging away on treadmills or stationary bikes at the gym, slowly losing the will to live. How much more exciting would it be to race against friends or take on a stage of the Tour de France thanks to VR tech? And when it’s not possible to attend a sporting event live, how about donning your VR headset to enjoy front-row seats at Wimbledon, to sit courtside for the NBA finals or to watch the World Cup final from prime seats at the half-way line?

We have only scratched the surface of ways in which virtual reality will impact our lives in the near future. The only limits are those imposed by our imaginations, so what is to stop virtual reality technology taking us to the stars and beyond? The virtual future is coming, and maybe sooner than you think.