7 most overused fonts and reasons to never use them

The rule of thumb for font design is to avoid the fonts that are used in built-in Microsoft Word at all costs. 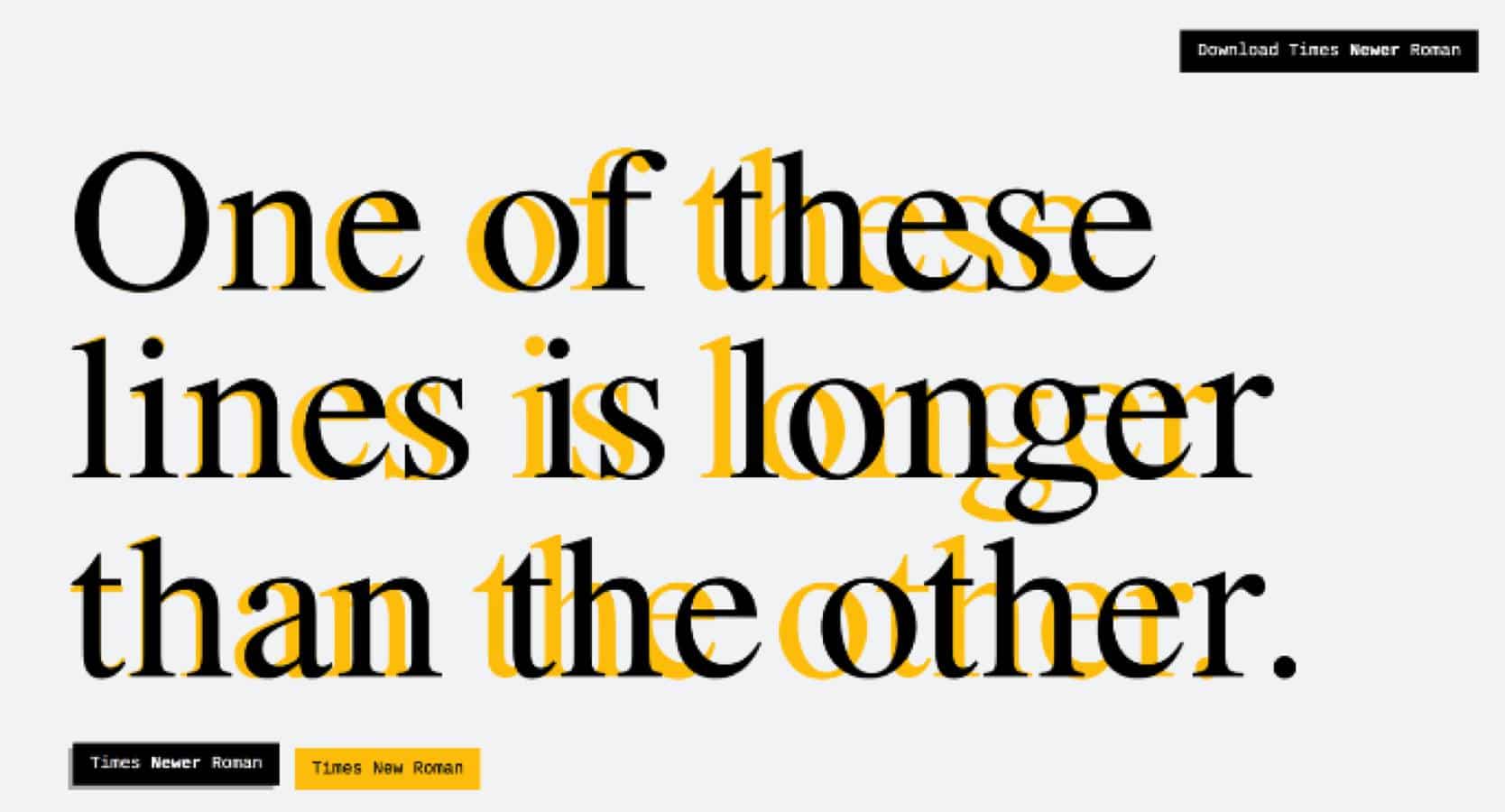 When you work on any design project, you want to be unique. This touches all work aspects – the color palette, font, the overall tone of voice – everything, really.

To deliver the wow-effect to your audience, you need to incorporate the surprise element. This is quite hard to do if you are using the same means as everyone else – common color patters, similar structure, and of course, good old fonts.

How to determine which fonts are common?

To make sure you won’t fall a victim of repetitiveness, do the research and see what are the chances that your creative choices are actually redundant. Each is dirty is governed by different laws, of course – fashion brands prefer thin letters while children-oriented brands choose cartoonish style instead.

Still, some fonts are used much more than others. By avoiding these common picks, you can make your work more creative and stick into the reader’s memory. We made a list of the most commonly used typefaces – so now you can do your best to avoid them.

It doesn’t take a genius to recognize Helvetica these days – it’s everywhere. Graphic design is used by professionals and amateur designs – mostly by the latter. Because Helvetica is so common in personal projects, its reputation has slightly gone downhill.

You can use Helvetica for low-profile occasions – like a presentation headline – but if we are talking about logos or merch, it’s better to choose something with a touch of personality. On top of that, Helvetica has some spacing issues – the letters are placed almost side by side to each other, which makes it tricky to read for those who have weak eyesight.

The font is loved by Hollywood designers and illustrators. You might’ve seen it on the poster or invitation. It also made its way to educational and religious materials, partly due to its slightly peculiar look.

One of the reasons to avoid this one is its age. Designed in 1989, it’s one of the first professional fonts, designed by Adobe. The font was inspired by Roman architecture which makes it really suitable to official occasions.

Here lies another issue. Online content is becoming more informal with every passing day. Google and BBC redesigned their logo to simple sans serif styles several years ago. Using an official font isn’t in vogue anymore – unless the occasion calls for that.

One of the most diverse fonts out there, Garamond has given birth to multiple variations which hugely explains its popularity. All its modifications have been in the wide use for a while, but the most common one is Adobe ITC Garamond.

The font is used in magazines, websites, and textbooks – it’s indeed one of the simplest fonts out there, and it’s highly readable. Garamond is still a good idea for long reads, but logos, merch – anything with length less than a sentence –  is best to be done is a more elaborate style.

Unlike Garabond which is mostly used for large amounts of text, Futura is preferred for logos, headlines, and book covers. It’s memorable and bold – at least, it was – up until graphics designers took the most out of the font.

Now Futura feels a bit redundant. Fair enough, users usually pay no attention to the name of the font, or much less care to associate it with a particular brand. Still, the chances of having the same typeface as your competitor does are skyrocketing. You want to stand out from the competition, not to blend right into it.

Even though it’s literally one of the most OG fonts out there, no one can take away the fact that it’s still one of the best decorative fonts on the market. The advantages are obvious even to amateurs – narrow, elegant letters with slightly noticeable serifs. Unlike many serif fonts, this one feels neither heavy nor outdated, while still keeping the official vibe.

The font is commonly used by premium brands that use geometric aesthetics in their overall stylistics. Considering how popular geometric designs are getting these days, it’s no wonder that Bodoni, with its well-defined shapes, fit right in modern marketing trends.

It hit the market as one of the best Vivaldi’s alternatives – and it was a timely thing considering that Vivaldi is slowly but surely becoming one of the most despised fonts in the United States. It’s minimalistic but memorable – just what you need for official occasions.

Even though some consider it to be a font that you can’t be fired for using, choosing Bickham Script Pro’s not the best idea. There are no rocks to throw at this font – truly a good one – but it’s been everywhere these few years.

Instead, pick custom scripts or readable handwritten options – they look just as festive but also offer the touch of personalization. You can even go for more branded options – we go for Sloop or download Disney font on Fontsly.com

One of the most popular logo options, Frutiger is loved for its well-defined edgy letters with slight curves. It combines the geometric old-fashioned design and more casual, round approach, common in modern fonts.

However, you can’t afford to pick a common font when it comes to logos. It’s a unique part of your brands’ visual identity, so choosing something so widely used is the shortest way of getting your brand lost. Instead, you can make a custom font or purchase an exclusive font in new libraries – and a lot of them look much better than Frutiger.

If you want to use it for smaller scale texts and text body, go ahead. Frutiger is one of the most readable fonts out there, and readers generally process familiar fonts better – hence, you increase the readability.

The rule of thumb for font design is to avoid the fonts that are used in built-in Microsoft Word at all costs. It’s fine to use Arial or Georgia for long reads, but Times New Roman or Calibri is honestly just too much.

For highly memorable branding details like logos or ad headlines using these over-hyped fonts is a clear no-go. Instead, go to the professional type collections or Open Source sets – they usually feature a lot of free typefaces.

Another solution is to use collections, created by big companies – Google or Adobe come to aid here. The corporations employ professional designers and these cooperations really take the font design to the next level.

Now you know the key takeaway – don’t use the most common fonts for your key branding components. Professional designers don’t abuse overused fonts but come up with a unique creative vision.