All the wonderfully whack tech we found in June 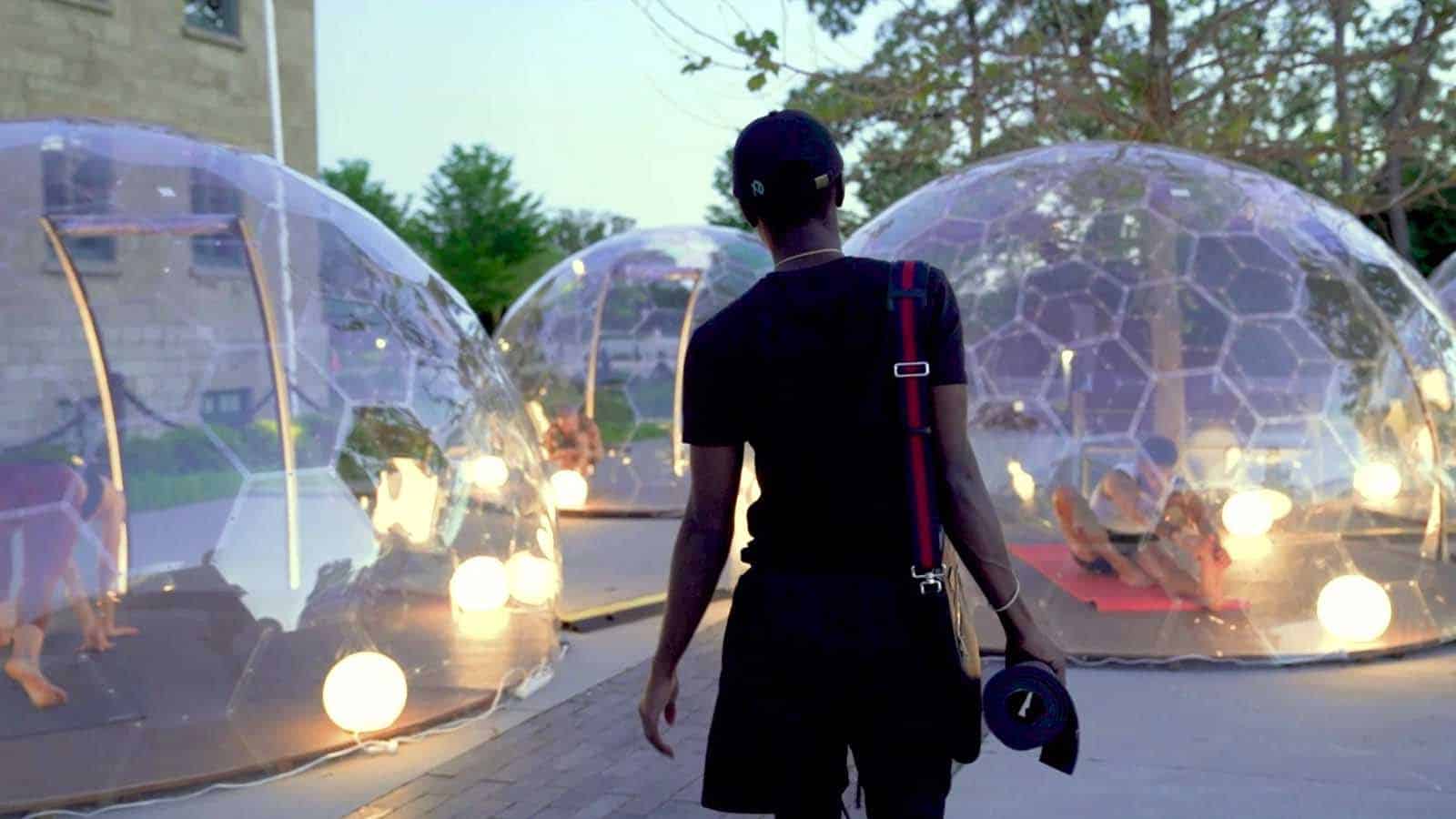 Every month here at KnowTechie (or for as many months as the patience remains to write such a thing), we’re going to take a look at some of the most question-mark-inspiring, most this-could-be-innovative, most ridiculously inane, weird and sometimes pointless tech that somehow made it through the approval process and into the marketplace.

If you are in the camp of I can’t believe it’s almost July then you aren’t alone. This has both been the longest and quickest year on record, depending on your level of complacency. The world is on fire and while some of us might be enthralled to hit the reset button, the rest of us are looking for something cool to distract us.

This month we’ve gathered a fun list of products and services (and Ramen) that will not only distract, but delight. There might be some eye-rolling and some slight guffawing, but at least it’s not two hours of a phone company announcing things for its mobile OS that have existed on the competitions’ mobile OS for several years. We at KnowTechie are not about that kind of drudgery. No, we’re about strange tech, Josiah humping inanimate objects, and Joe’s strange mechanical keyboard fetish.

Since we’re all stuck in quarantine and summer is upon us, what better way to relax than sweat your body parts into oblivion from within clear plastic domes with heating systems built into them. Sounds like a terrible death? Well, this was a real thing that happened in Toronto. The domes were fully cleaned and sanitized after each use, for social distancing and pandemic reasons. It’s a cross between relaxation, cleanliness, and torture. I’ll stick to exercising alone, at home, in my joggers and high socks thanks. 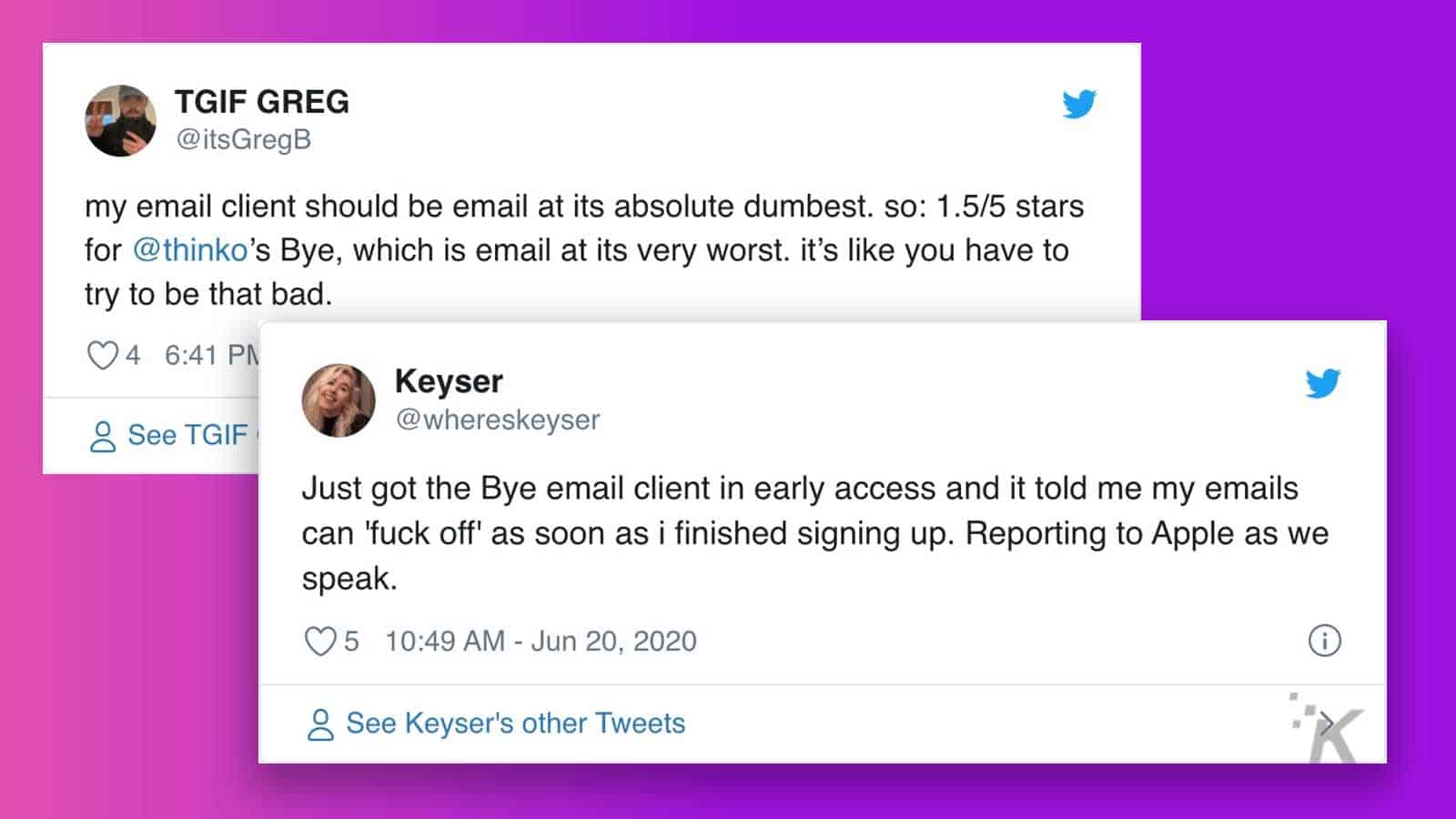 You may recall the rising popularity of Hey Email, the email subscription service that purports to clean up your email inbox, but there is only one way to clean up your email — delete it all. That’s what Bye does. It literally says “fuck it” to email by automatically responding to emails with an insult, then deleting every email sent to you. It costs a mere $0.69 a month and frankly, I can’t tell if this is a put on.

If you are into robot vacuums then we’ve got the one for you, buddy. This is the Far-UV Sterilray Autonomous Disinfection Vehicle. It’s a programmable sterilization machine, not really a vacuum. Controlled by an app, it will definitely clean up the mess you made with all that Kosher lube. It’s like when Blade shines a UV light on a vampire, except it’s your shitty carpet.

The NeoRhythm is a headband that shoots a series of frequencies at your brain in order to help you focus, concentrate, and work more efficiently. Its Enhance Mental Capability Mode “emits a dominant frequency of beta brainwaves, accompanied with a weaker frequency of gamma brainwaves, which are characteristic for the state of higher perception.” That sounds like fun. Based on the testimonials it’s like the Limitless drug but in a headband and with frequencies. It’s only one step away from wearing a SQUID. Strange days indeed.

The Audea smart speaker encourages you to put the phone down and press the buttons on the speaker screen instead. It can play music from the cloud through connected apps and it has 10GB of local storage which is enough to hold like, 2% of my total music library. It has a remote and a pre-amp and is basically a digital version of the amplifier setup that you might be used to if you were born before 1994. You can connect additional speakers to the unit as well. The selling point is that it’s self-contained, doesn’t require your phone to operate, just like the good ‘ol days.

Pieces of a glove 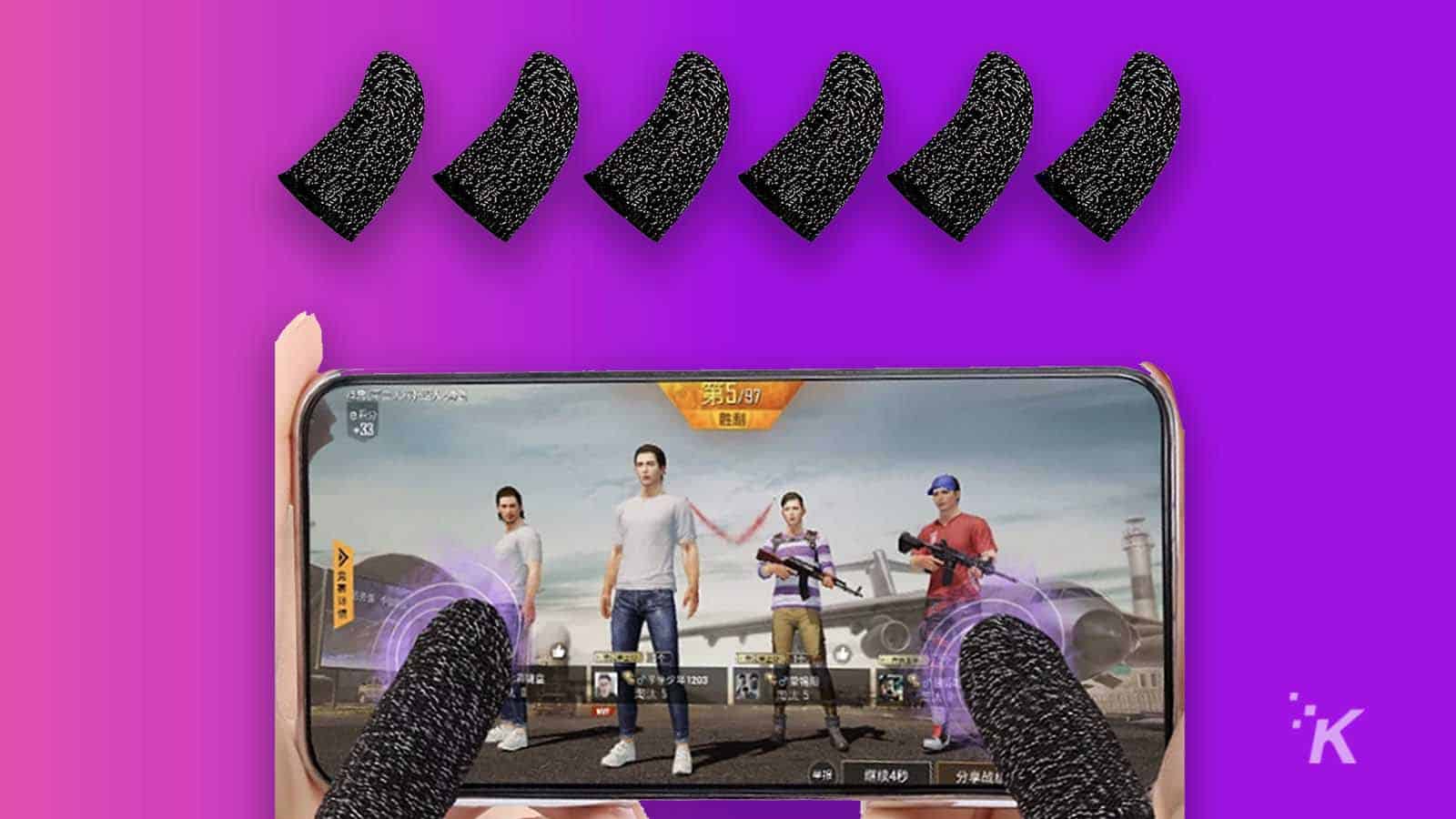 Have you ever been sitting in the living room, watching television, and thought to yourself, “I wish I could turn my TV vertically because that’s a way I like to watch things on my phone and my living room should be an extension of my face in my phone”? Well, now you can. Samsung’s Sero TV rotates between landscape and portrait orientations depending on the content you are watching but can you think of any TV content you’ve watched that would scale to vertical? Like any? Maybe Tennis. Tennis would scale vertically. That’s about it. It’s a ridiculous TV but $2k isn’t too back for a 4k QLED 43-inch TV that can double as your giant living room phone. 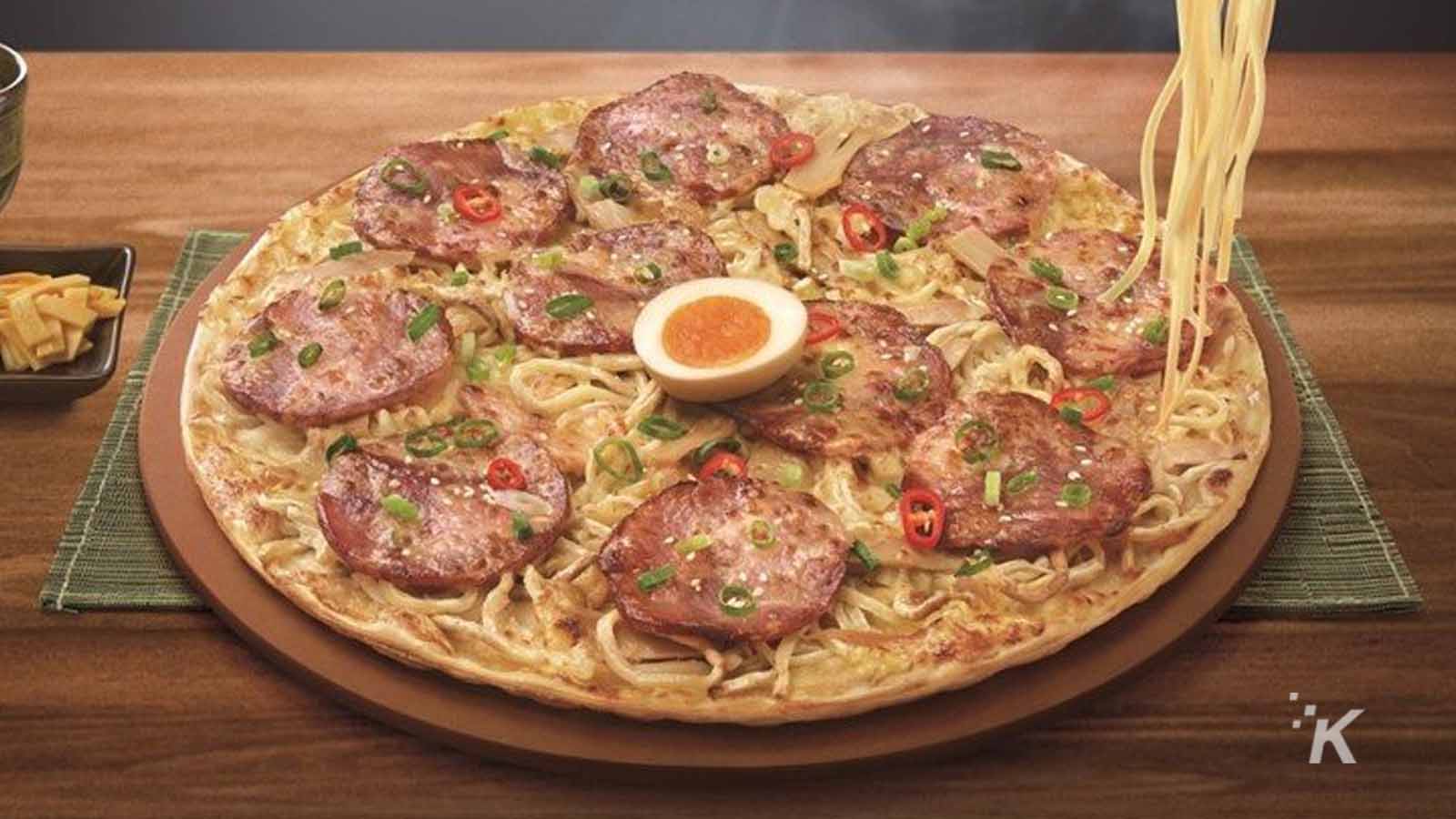 Admittedly, this list has strayed from just tech items, but there’s nothing wrong with that. There is more in the world than just tech. Like this delicious Ramen pizza from Pizza Hut in Taiwan. We all know fast food is different all over the world, (McDonald’s serves croissants and espresso in Italy and it’s not half bad), but this pizza is one of the more delicious looking options. Since you probably don’t live in Taiwan, you’ll have to make this yourself. Get to it. What else are you doing?