Amazon’s unloading a ton of Battlefield 1 Collector’s Editions, today only

If you’ve been looking to scoop up a Battlefield 1 Collector’s Edition, this is your time because Amazon has them deeply discounted, today only. 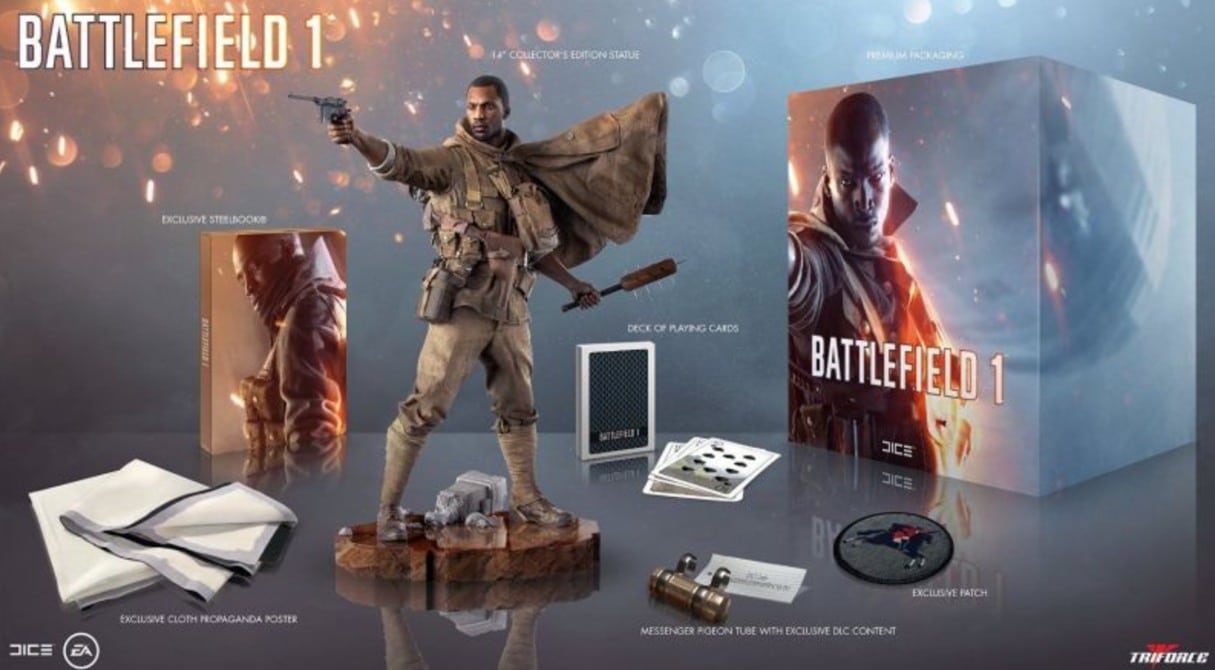 If you’ve been looking to scoop up a Battlefield 1 Collector’s Edition, this is your time because Amazon has them deeply discounted, today only.

Battlefield 1 is one of the best AAA shooters released in years, and Amazon’s deeply discounting its exclusive Collector’s Edition bundles, today only.

$80 gets you the standard collector’s edition, and $90 upgrades you to the deluxe version of the game, which includes the following:

Red Baron Pack and the Lawrence of Arabia Pack – containing themed weapons, vehicles and items. Plus five Battlepacks containing combinations of items. Also exchanges the visual appearance on three of the largest vehicles in the game.

Whichever one you choose, you’ll get a 14″ statue, steelbook packaging, a cloth poster, a deck of playing cards, an exclusive patch, and a messenger pigeon tube with extra DLC content that’s only available in this package.

Just remember that this is a Gold Box deal, so go over the top and start your offensive before Amazon sells out or changes the prices back to normal.