The Anycubic Photon Ultra is making its worldwide debut on the crowdfunding website Kickstarter, where it will be available at just $399 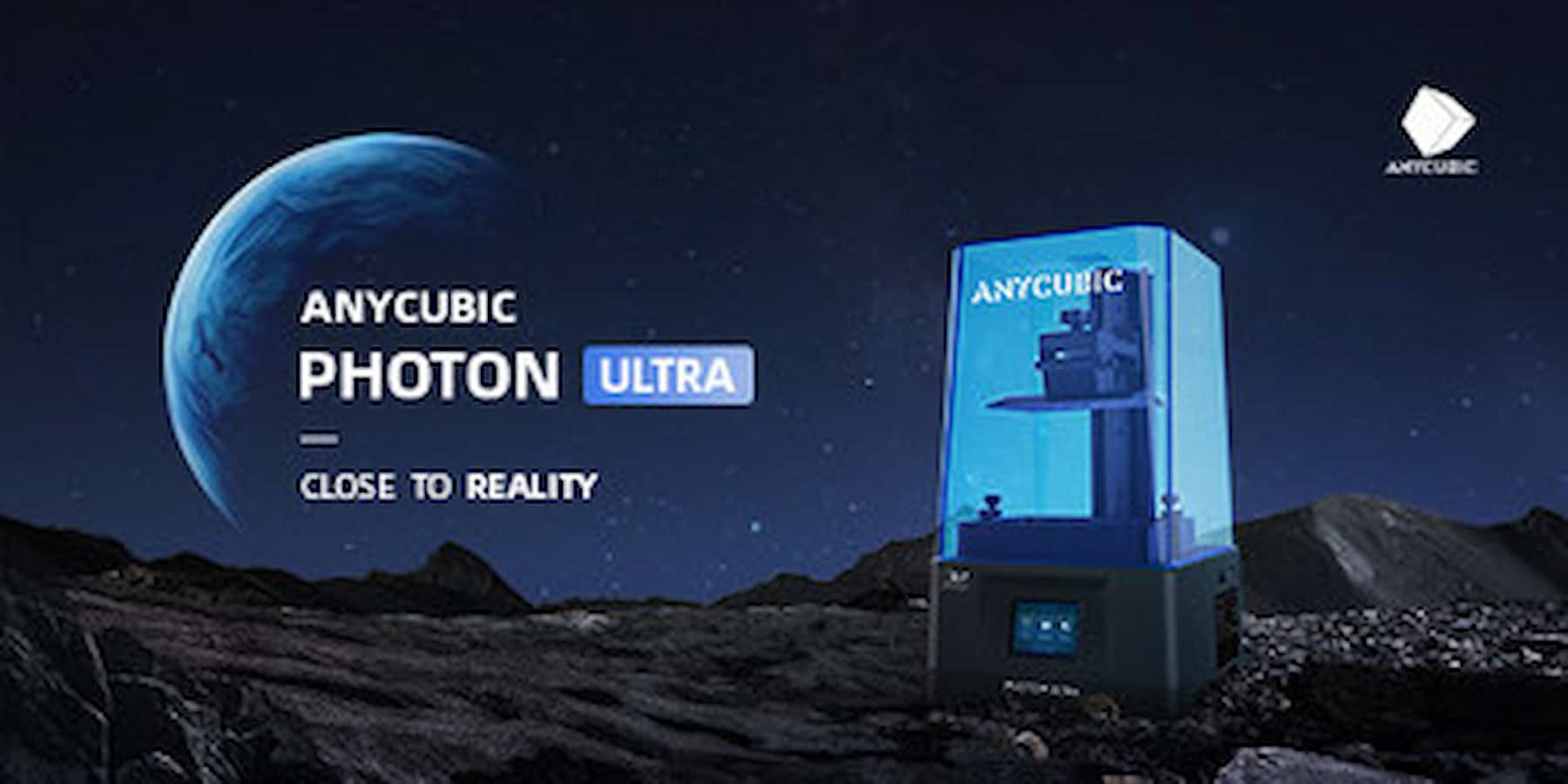 Anycubic, the established 3D printer brand known for its high-quality and affordable printers, is coming to Kickstarter with a world premiere: the world’s first affordable, high-precision DLP 3D printer for consumers.

The Anycubic Photon Ultra features an exclusive debut of Texas Instrument’s latest DLP technology, which brings many advantages to users, such as: low to no maintenance, extremely high-resolution prints, and much lower power consumption. Anycubic is aimed to solve this problem and fit the needs of its customers.

Although the specified resolution of this DLP printer Anycubic Photon Ultra is rated at 720p, its print quality is even better than that of 2k/4k monochrome LCD screen printers. This is because DLP printers use a different technology to project light compared to LCD printers.

READ MORE: Anker’s new 3D printer has a camera that watches for mistakes

When displaying thin lines and small-size texts, DLP printers are clearer than LCD printers with purer colors and richer layers, resulting in more delicate texture and sharper corners of models.

LCD screens are consumable, which need to be replaced every 3 to 5 months. The Anycubic Photon Ultra does not have an LCD screen and the internal projector enables the printer to be used for more than 20,000 hours. This means the average user saves about $600 on LCD screen replacements.

With a Kickstarter price tag of $399, most people will have more money saved than they spent on the Anycubic Photon Ultra!

The fact that the Anycubic Photon Ultra doesn’t require high maintenance LCD screens is already a big step forward in creating an environmentally friendly 3D printer. The machine is also much more energy-efficient, which further improves its impact on the environment.

The Anycubic Photon Ultra DLP printer operates at 40% light efficiency, which is 15 times higher than the 2.5-3% that LCD printers usually operate at. It uses far less energy and is rated at 12W with an average power consumption of 8.5W. The printer consumes between 0.017 – 0.034 kWh to print a 100mm high model.

With 16 x anti-aliasing, the edges and corners of prints are smoothed out, reducing layer lines and post-processing time.

Anycubic Photon Ultra’s print speed is about 1.5s per layer, comparable to LCD printers like Photon Mono X, whose speed is 1.5 – 2s per layer. Compared to SLA’s point light source printing, its speed is up to 5 times faster.

Anycubic Photon Ultra has options for adjustable UV power, which makes the printer suitable for use with a wide range of resins, giving users endless possibilities and creative freedom.

The print bed has been laser engraved for enhanced platform adhesion and evenness, ensuring prints have a higher success rate and better stability.

The Anycubic Photon Ultra debuts printing settings to be modified directly on the printer via the color touch screen, making it easier to adjust and optimize without a computer.

Anycubic’s Photon Ultra is launching on Kickstarter on September 15th, 2021, where it will be available for pre-order in a worldwide exclusive. We are using crowdfunding to match the innovative spirit of our customers, who are trailblazers in the creative community, always embracing the new.

The campaign will last for approximately one month, offering many benefits, discounts and special promotions to its supporters. After Kickstarter, backers will be the first in the world to receive their Anycubic Photon Ultra, and later in the year, it will become available via the regular Anycubic distribution channels at a slightly higher price.