Bitcoin gambling is blowing up and it’s bringing some of the best developers to the industry. 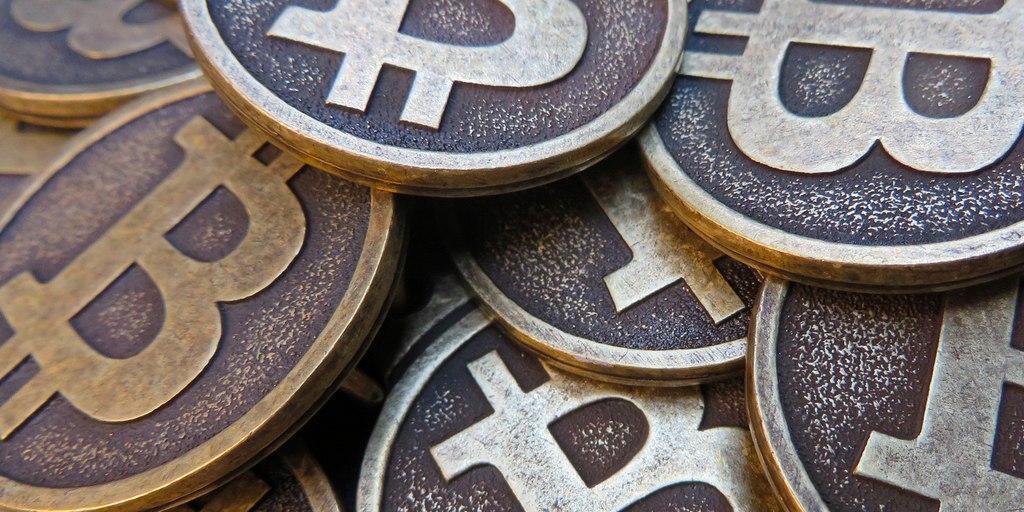 Bitcoin gambling is blowing up and it’s bringing some of the best developers to the industry.

There is a lot of risk involved when gambling in general, and the same can be said about online betting. Players can lose money on bad bets and wrong plays, even more so with a bad choice of games. This is why players want to lower the risk as much as possible. Knowing the game provider for a Bitcoin casino can set a player’s mind at ease.

New players should keep an eye on the best Bitcoin game providers when choosing where to play. Not only will they be assured of decent to quality games, they can also expect fair play and variety in themes, gameplay, and special in-game features. 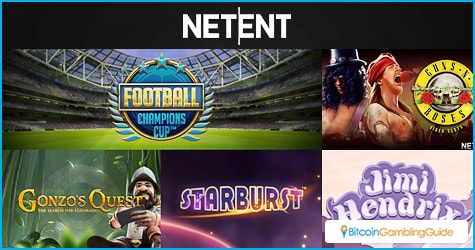 Slots are admittedly one of the most popular features in many casinos. People like the fact that all they need to do is to pull the lever to get the action going. The trouble is that it may get boring after one too many games. Fortunately, creative game developers can change that. NetEnt, Endorphina, and Betsoft are three of the top slot game developers today.

NetEnt is a Swedish company launched in 1996. It has weathered the storms of the industry and has come out of it stronger than before. They are also to thank for the current popularity of no-download casinos. It pioneered the first Java platforms, which set the trend back then, but it quickly adapted to the changes that led to Flash and HTML5 games.

Betsoft Gaming is another established name that opened its doors in 1999. The company is certified with the Alderney Gambling Control Commission, which adds to the legitimacy of the games it produces. It is currently best known for its Slots3 line, which focuses on 3D cinematic slot games.

Meanwhile, Endorphina is a newcomer to the field, compared to the other two. They have been around for only a couple of years, but they have made their mark in the industry with their innovative games and stable releases. So far, Endorphina offers online slots that feature a variety of themes. 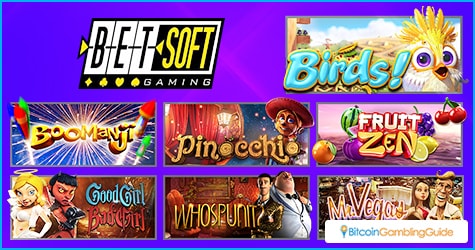 There is more to Bitcoin gambling than playing slot games, though. There are also th table games like roulette and poker. For these, gamblers will need to look at stamps of approval from the two online gaming giants—Microgaming and Softswiss.

Microgaming has been a field leader in the world of online gaming since it started in 1994. It has been consistently voted as one of the best online game providers for over a decade. With more than 600 games in its library, there is a game in their catalog for everyone.

SoftSwiss, on the other hand, was only launched in 2008, but the Austrian company has become just as pervasive as Microgaming. Starting out with online auction platform, the company moved to online gaming in 2010 and has taken major strides in the industry, specifically partnering with smaller companies and licensing their games through their own casino platform.

With a number of leading Bitcoin casinos hosting the games from these developers, Bitcoin gambling enthusiasts are in for a surprise.

BitStarz, for instance, features the provably fair games of SoftSwiss, along with the number of online games produced by NetEnt, Betsoft, and Endorphina, among others. Other casinos like Princess Star, BetChain Casino, and mBit Casino that also run on the SoftSwiss platform are perfect venues to enjoy the said games.

BitCasino.io, on the other hand, which is powered by the solutions designed by CoinGaming.io, brings the Microgaming titles closer to the Bitcoin gambling sector through Quickfire.

Many other Bitcoin casinos come equipped with the high-quality games from today’s best Bitcoin game providers. The key to ensuring a top-notch gambling experience, then, is to find the right services and bonuses paired with these games.

A passionate adherent of the casino industry, Bitcoin has changed Chris’ life. Now, aside from working as the Business Development Manager of Bitcoin Gambling Guide, he spends his time working on new ways to help the cryptocurrency community as well as the online gambling industry.