The TrustedNews Chrome extension can save you from reading fake news

Your parents and grandparents need this. 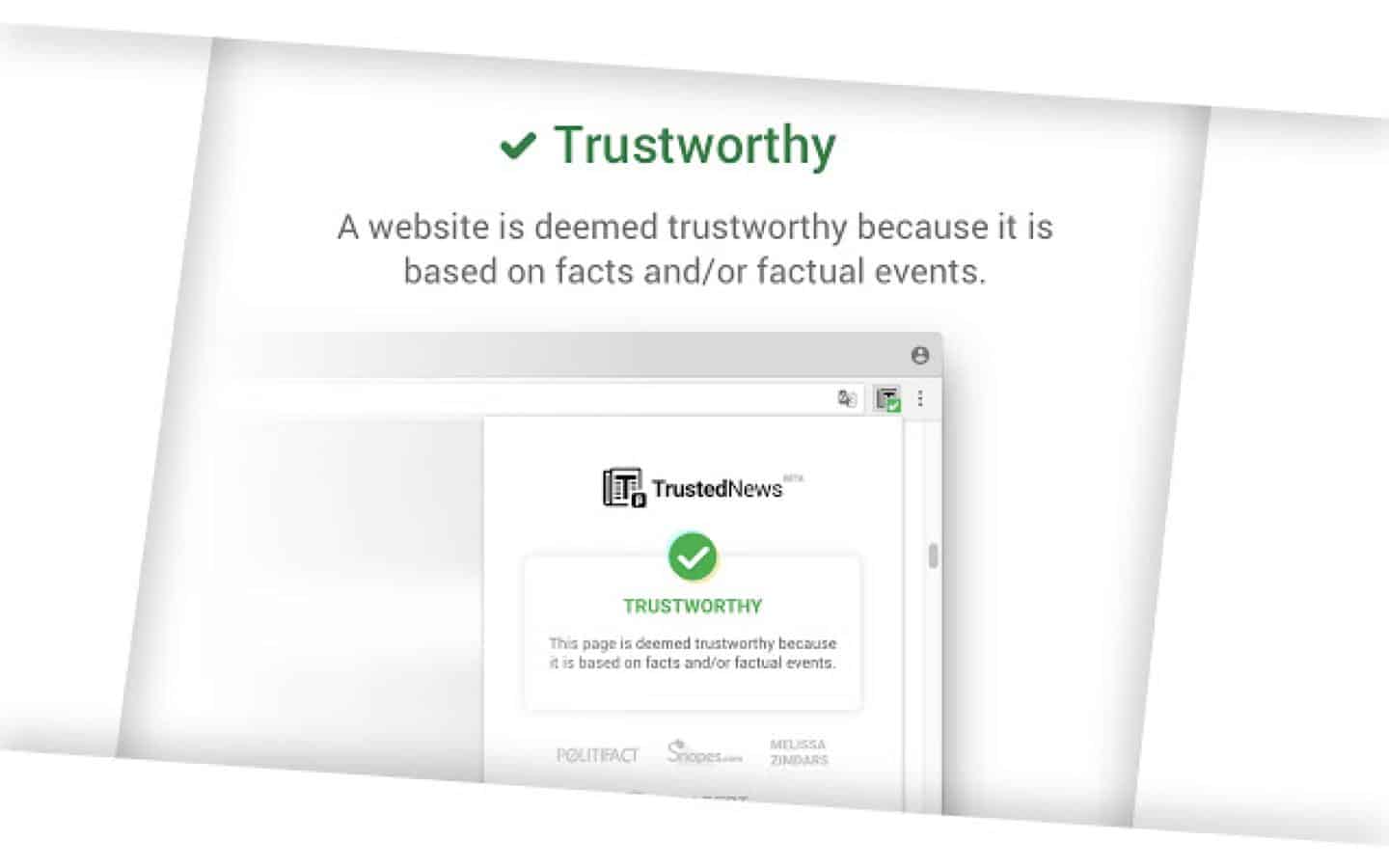 “That is fake news.” This great citation, heard throughout Donald Trump’s presidential campaign, is now going to be used by a new and interesting Chrome extension, which tells the user if what is being read is fake or biased news. This is quite useful, helping people to get news from trustworthy sources.

In this age, greater accessibility to media allows anyone to produce content and disseminate it, especially on social networks. This leads to a place where much of what we consume, information-wise, does not fully correspond to the truth. The situation is so serious that specialized agencies have emerged only to fact-check this dubious news.

Eyeo, the company behind Adblock Plus, has now launched a new Chrome extension that does this fact-checking for us. TrustedNews is powered by MetaCert Protocol and also uses trustworthy sources, like Snopes or PolitiFact, to rate the piece of news that the user is currently reading.

When a user opens a website, TrustedNews starts working and presents a green checkmark it that is a site to be trusted, also providing the reasons as to why it is trustworthy. The same goes for untrustworthy sites.

Other possible evaluation results are unknown (not enough information for a good evaluation), Untrustworthy, Satire, Biased, Malicious, Clickbait and User-Generated Content. The latter applies to sites with content generated by users, including Twitter, Facebook, or Tumblr.

It will (hopefully) continue to improve

By being a new service, TrustedNews obviously lacks information for the vast majority of sites, but it clearly shows to be going in the right direction. In order to make the process faster, Eyeo is working with MetaCert Protocol to gamify the submission of feedback about sites, by rewarding users who do so.

In an age where the plague of fake news really is everywhere, one can never be too careful about making sure our news sources are trustworthy. TrustedNews makes the job much easier by immediately identifying how reliable a site is.

Have you tried out TrustedNews? Plan on it? Let us know down below in the comments or carry the discussion over to our Twitter or Facebook.