Influencers and online personalities could definitely find a use for this. 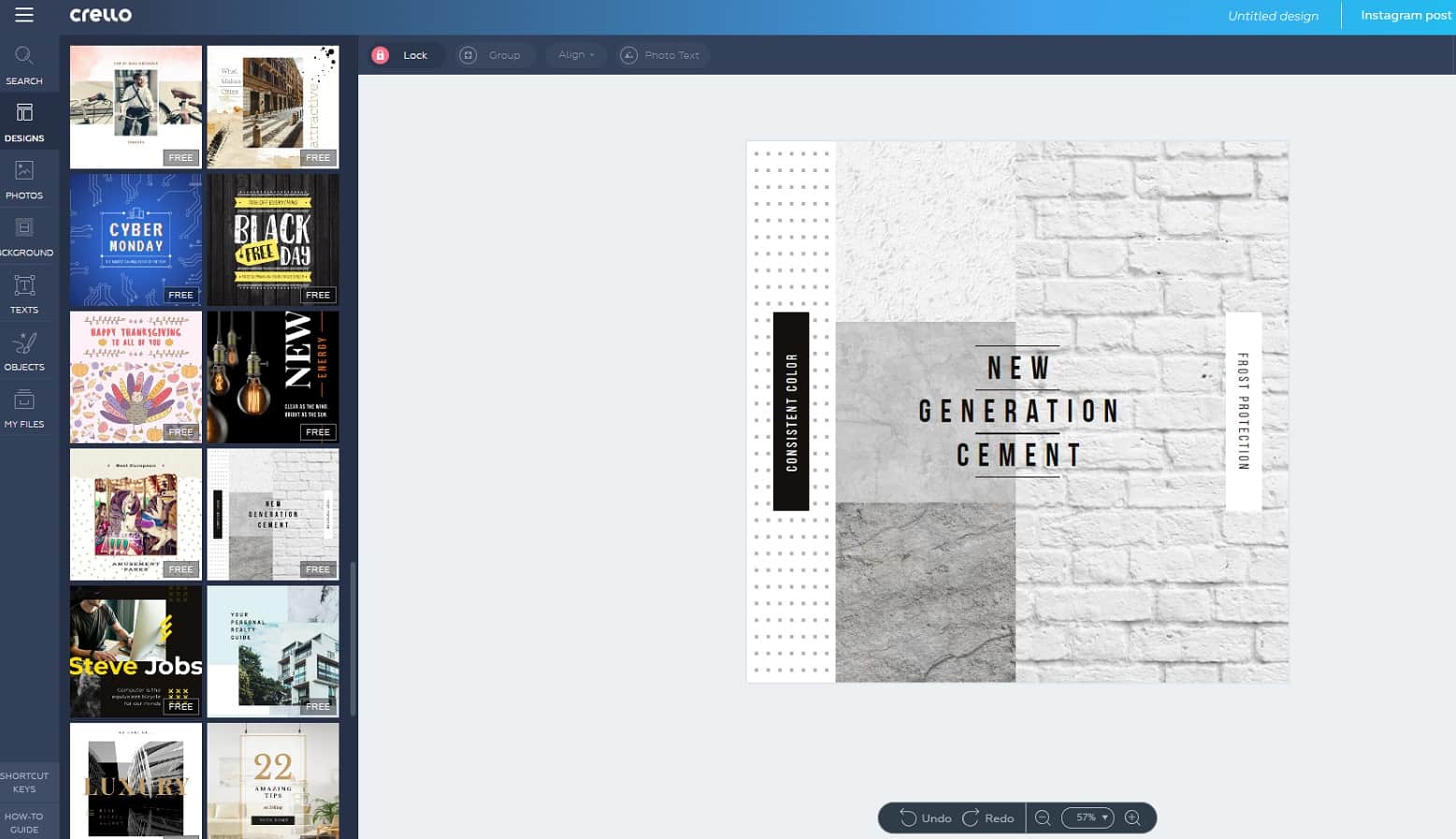 Quite often, people tend to have an area or field where they stand out and excel at. Some skills can be learned but for others, such as most stuff in the world of Arts, you either have it in you, or you don’t.

Design is one of those areas – a lot of people try to come up with pictures, videos, and other audiovisual stuff that is pleasing to the eye, but it takes quite a bit of effort and sometimes that is more effort than people want to put in. This does not have to be the case anymore, though, thanks to Crello.

Crello is a free image editor. It is easy to use, with the possibility to create your own designs or use the many templates displayed available in the platform.

Thanks to its drag and drop editor, it is easy to select and change each and every element of the image, which is especially useful when changing out-of-the-box templates. Crello’s editor is really quite intuitive, especially because of the fact that, when you click on an element, the options for that element and the possible actions immediately appear.

It is easy to imagine that Crello can be used to create amazing posters for parties or other events, and also for influencers to produce visually astounding content for their social networks. The service allows users to export their content in a multitude of formats, which is useful for anyone wanting to use the final result on several different platforms.

Crello also does video, for a price

But Crello is also useful for video, granted that you subscribe to the Premium version of the service. You can create and edit animated posts, Instagram video stories, Facebook video covers, and even full HD video, all from within the service. Another advantage of the premium version is the ability to not have Crello’s watermark and brandings on the final products.

For anyone that get lost within the service, there are video tutorials available, that will explain beyond any doubt how to achieve even the simplest tasks. At the moment, Crello is only available on its web version, not on mobile platforms.

What do you think of the service? Plan on trying it out? Let us know down below in the comments or carry the discussion over to our Twitter or Facebook.