I need this NOW. 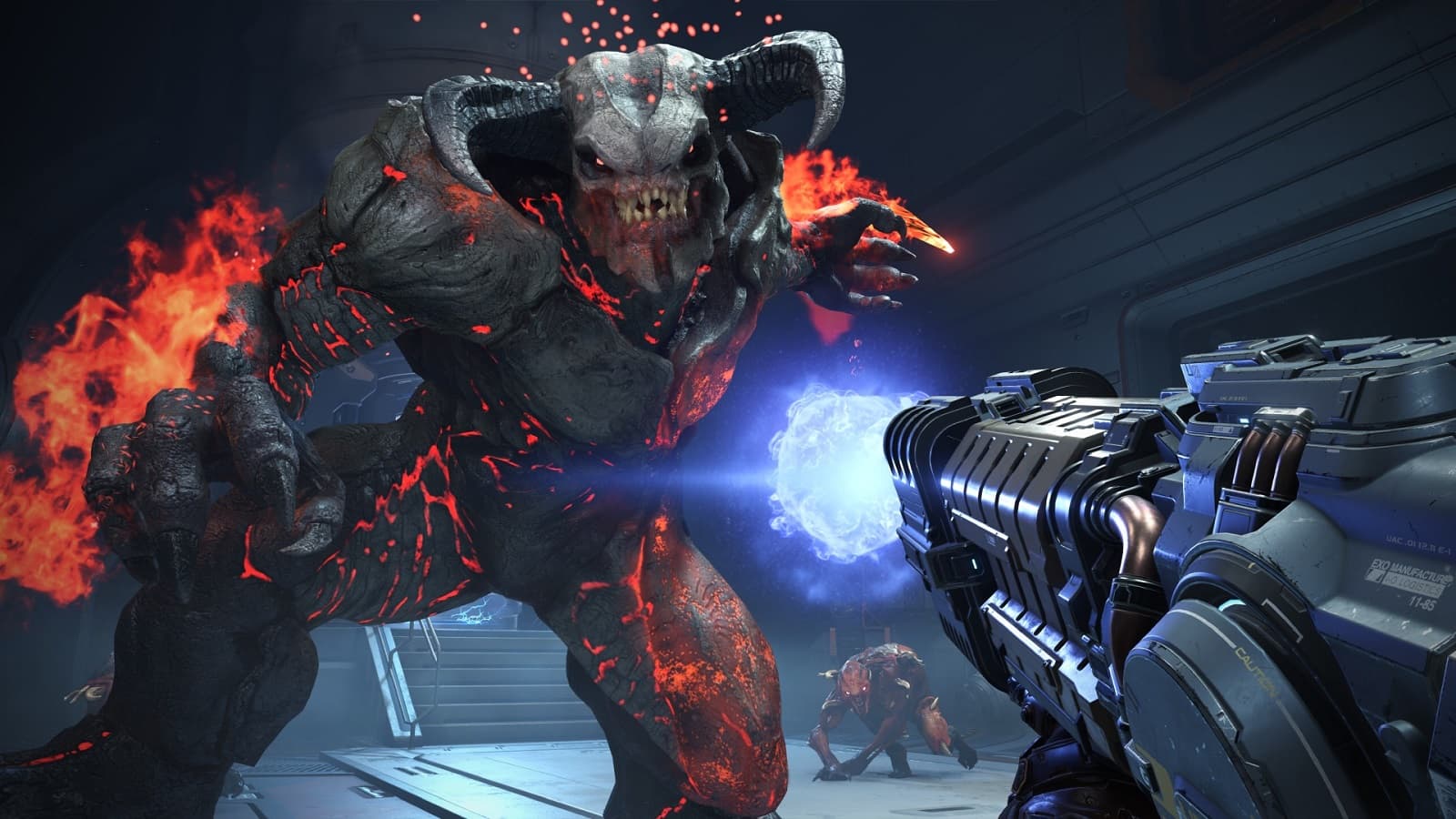 Compared to the 2016 relaunch of DOOM, which suffered many delays and revamps, DOOM Eternal’s reveal looked like an honest-to-God sequel: more demolition, more weapons, bigger levels – what else do you need?

Well, after playing an E3 build, it appears that id Software went so much further and tweaked the hell out of the DOOM formula.

The balance feels different, the controls are revamped, the story and progression feel much more epic, and the whole thing is much more videogamey than before. Yup, the power-ups are back.

Everything that made 2016’s DOOM great is intact

You move fast, ranking up demon-slaying combos and finishing enemies with brutal melee kills, all while a hard rock soundtrack blazes in the background. But, even so, there’s a new and very tight gameplay loop in place.

You get health by chainsawing demons, you get armor by frying them up with a portable flamethrower (both abilities have a short cooldown), and you get a new AoE Blood Punch attack by chaining up some Glory Kills.

The weapons are plentiful with new powerful alternate fire modes – my favorite is good ol’ Super Shotgun which can now grapple you onto enemies.

Levels are much more vertical, with some light platforming sections that give you a nice change of pace: you can double jump, dash, wall crawl and did I mention the grappling hook? I’m all here for the grappling hook.

Maybe it’s the health potions and powerups scattered across the levels. Maybe it’s the way NPC characters look at you with terror in their eyes.

Perhaps it’s the section when you, the Doomslayer, load yourself in a freaking inter-planetary canon and shoot yourself to Mars to reach the planet’s core and stop the demon’s invasion. It’s all of that and more, and I can’t wait to play it again.

DOOM Eternal will be available November 22, 2019 for PlayStation 4, Xbox One, Nintendo Switch, and PC.

Excited for DOOM Eternal? What news from E3 2019 has been your favorite so far? Let us know down below in the comments or carry the discussion over to our Twitter or Facebook.