A lot of E3 news went down this week and we’re here to catch you up! See what Microsoft, Sony, and Nintendo unveiled this week. 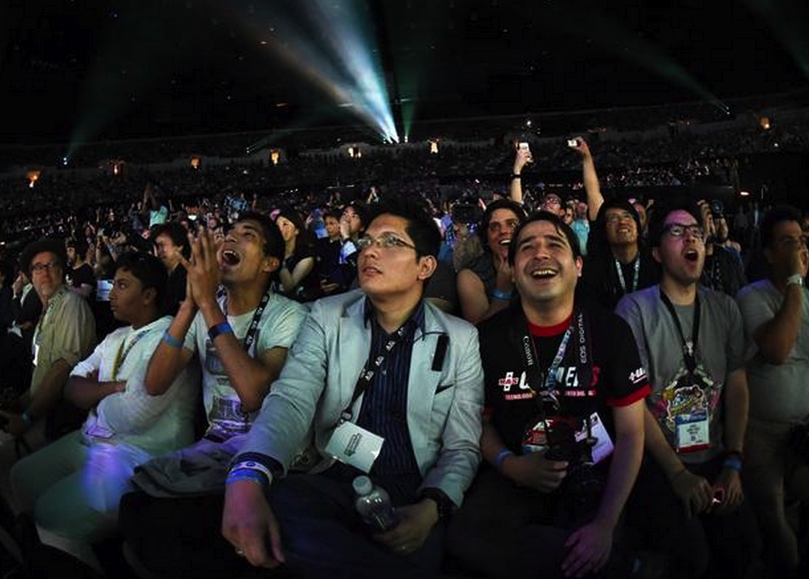 So, needless to say, this year’s E3 has already been a smashing success with more announcements than one person can realistically keep up with. So, we here at KnowTechie decided to do a roundup of some of the highlights from the gaming world’s big three: Microsoft, Sony, and Nintendo.

While many would argue that Sony and the Playstation 4 are Microsoft’s biggest rivals, their announcements seemed to be geared towards PC comparisons. With things like the Elite Controller coming out that allows for button mapping (and Windows 10 support) and PC mod support for certain games (Fallout 4 squeal), Microsoft realizes that gamers want more options. There is also the new Preview Program which is going to allow users to test games out before their release, similar to Steam’s Early Access program. Currently, there are two games available for early access, Elite: Dangerous and The Long Dark.

And don’t forget about backwards compatibility which will allow gamers to play their favorite 360 games on the One. Full details on this are still a bit… vague and the current list of games is pretty unimpressive, but time will tell if this feature is as great in application as it is in theory.

As far as games are concerned, Halo 5 is obviously being pushed very hard, as well as the just-announced Rare Collection that will feature 30 classics from the company. Sadly, no Donkey Kong or GoldenEye though due to some issues with Nintendo. You also have ReCore, being made in part by the co-creator of the Mega Man series, Keiji Inafune.

The Last Guardian. Wait, I should probably do some sort of intr- The Last Guardian. Ok, I’m good now. The Last Guardian. The name alone has been on bated breath for years now, with no actual confirmation and that changed this year. This game will be the conclusion of Ico and Shadow of the Colossus trilogy that stole many gamer’s hearts. They announced this very shortly into their keynote, and honestly, everything else paled in comparison.

That being said, there was plenty of other greatness that came from Sony. Unlike Microsoft’s announcements, Sony’s were much more game-centric, with a focus on big titles, not hardware and software updates. We’ll just list the games below and let you drool for a bit.

In what might be the biggest announcement, however, Sony announced that Playstation users will be getting the next Call of Duty (Blacks Ops III) future DLC before anyone else. While, yes, Call of Duty is pretty much a yearly staple at this point, note that Xbox players usually receive prioritization over other consoles. Is this Activisions’s way of saying that they believe the Playstation 4 is the console king? Possibly.

Oh, Nintendo. We love you so much and just want to see you succeed, but you make it so difficult. This year at E3 they are still cupping the balls of Mario and crew with the announcement of a plethora of games featuring your favorite characters from your youth. Super Mario Maker, a game that allows you to create your own Mario levels has been announced, as well as a new Star Fox game, Legend of Zelda title, and a game starring Yoshi.

There is also a new Animal Crossing game coming out (yay!) called Animal Crossing: Happy Home Designer and focuses on exactly what you think it focuses on.  Revenge killing thugs for the death of your father and mother in a dark alleyway. Wait. That’s Batman.

The biggest announcement from the Nintendo camp, however, is the surprise announcement that they will be teaming up with Activision to bring the insanely-popular Amiibo to Activision’s Skylanders games.

E3 isn’t even over yet, and has thrown so many surprises towards us that it has made me excited about the game industry again. There are a lot of positives this year and it will be exciting to see where everything ends up when the event is over. Stay tuned to KnowTechie, as we’ll continue to cover events from E3.