Everything you need to know about GPS jamming

While the sale of GPS jammers is officially banned in many states, you can still find them online for as low as $30. 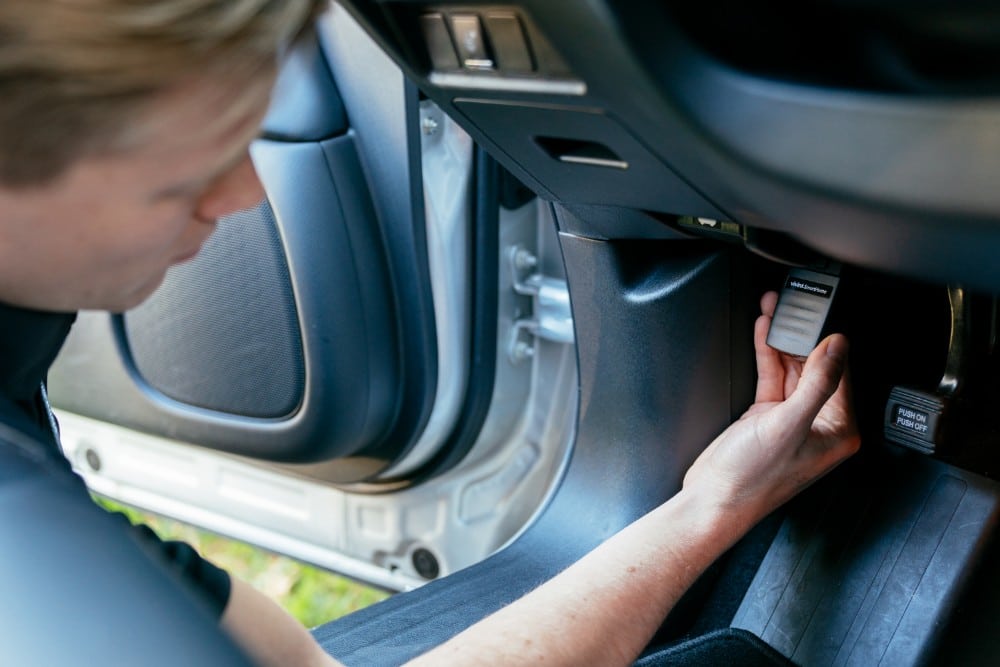 As intriguing innovations continue to come forth in the tech world with every passing day, GPS tracking is on the rise. Thanks to greater access to smartphones and IoT devices, it is not wrong to say that every move of ours is being watched.

And while this unwanted invasion of privacy is justified according to some people, a wider mass of individuals are generally not comfortable with their activities being tracked. If you belong to the latter group of people, this article is targeted towards you so keep on reading.

What is GPS Jamming?

A GPS jammer is a type of signal jammer that effectively blocks out the person’s location from being visible to an external tracker. It does so by producing radio signals and broadcasting them at the same frequency and power as those produced by GPS. This interferes with the original GPS signals that are being radiated by your device, and so it becomes difficult to track your location.

GPS jammers are relatively small devices that can be plugged into a lighter port of any vehicle to emit radio signals to interfere with the weak GPS signals over a radius of between 5 to 10 meters. The great thing about these jammers is that they can become fully operational in less than 20 seconds, making them highly disguisable.

How Do GPS Jammers Work?

It is important to first identify how GPS (global positioning system) works to truly understand the working principles of a GPS jammer. A number of satellites orbiting the earth at an altitude of 20,200 km transmit microwave signals that can be detected by GPS trackers. When a GPS receiver receives signals from a set of four or more satellites, it performs a set of calculations to determine an accurate location. The GPS tracker then transmits this information generally through a cellular network to a specific monitoring location.

A GPS jammer essentially overrides the legitimate satellite signals, corrupting them so that the tracker can’t calculate the position accurately. GPS signals are based on two different frequencies – 1575 MHz for non-military use and 1227 MHz for military use and if you can corrupt these frequencies, you can benefit from GPS jamming.

Why Do You Need GPS Jamming?

GPS jammers were initially developed by the military and government as a part of their defense strategy to conceal their vehicles’ location in important missions. They acted like an invisibility cloak to the military, giving them an edge in high-risk conditions. Later, they were introduced to the general population to address privacy concerns and prevent GPS tracking.

These days, GPS jammers have widespread applications in our daily lives. For instance, many employees use them so that employers can’t keep track of their location while using the company’s vehicle. Likewise, some drivers deploy GPS jammers to avoid over-speeding fines while criminals use them to conceal their illegal activities.

The use of GPS Jammers is prohibited by law in some countries, including the United States and Canada. In such areas, you can face severe penalties for manufacturing, buying, possessing and using GPS jammers. This is because GPS signals hold great importance in many industries such as power transmission and hence, tempering with GPS signals can have serious implications on the smooth provision of services.

Signal jammers are a cause of concern especially for transportation and law enforcement agencies as GPS jamming also interrupts vehicle tracking. In fact, a truck driver in New Jersey was almost fined $32000 for using a GPS jamming device in his vehicle to hide his location from his employer. But the jamming device also started interrupting the air traffic flow information, bringing down the state-of-the-art communication and landing system at one of the busiest airports. Moreover, GPS jammers can prevent clock synchronization in applications that require precise timings, keeping them from syncing with the entire network.

While the sale of GPS jammers is officially banned in many states, you can still find them online for as low as $30. GPS jammers are marketed in the online world as gadgets to protect ones’ privacy and a wide variety is available for sale, ranging from drone jammers to physical shields and spycam jammers if you’re interested in buying them. The legality of GPS jammers is certainly debatable but the fact of the matter is that many countries have outright banned them while laws regarding their use are somewhat unclear in others.

Regardless of the widespread implications of the use of GPS jammers, they are increasingly being used by people to safeguard their privacy and in some cases, escape the authorities and law enforcement agencies.