Feedback Thumbs is transforming how we leave and analyze feedback

WeWork Spotlight: This is a continuing series that features a number of inventive startups coming out of Boston’s WeWork community.

If you’ve ever had the privilege of running your own business, startup, illegal gambling ring, or whatever wild idea is running through that head of yours, then you’ll know that one of the most valuable assets to your success is user feedback.

For example: If I were running a restaurant and a number of patrons left negative reviews on Yelp that stated “it sucks, the place smells like farts,” then that would basically tell me, the business owner, that I should probably get the plumbing fixed so that my customers don’t feel like they’re eating in a porta-potty. Although it’s valuable feedback to the owner, it’s also hurtful because now everyone and their mother knows that Kevin’s Burrito restaurant smells like a sewer on a hot August day.

So instead of hurting someone’s livelihood, why not provide feedback to the owner of the restaurant for the purpose of making the place better, as opposed to giving feedback that everybody else gets to see?

But here lies the problem, even if people have feedback they want to leave, most of the time it’s a pain in the ass. For the majority of the mobile app or web app space, you click on the “Give Feedback” button and then you’re presented with a really long form of a whole bunch of nonsense like “how do you like our site” or “were you able to do X.” Again, a whole lot of BS that most people don’t have time for.  But let’s be real, the only time we’re going to leave feedback is if something works really well, or something that doesn’t work at all. That’s usually how it goes.

So instead of making the whole process lame and uninviting, one startup out of Boston, Feedback Thumbs, is changing how we leave feedback in the simple form of a thumbs up/down interface. Simple, right? I mean, look how Facebook utilized the like button. Same concept, but with a dislike button too.

“The whole premise here is not many people give feedback, because it is usually a pain in the ass. And so we thought, you know, what’s kind of the easiest entry point for someone to give feedback. Two Thumbs.  You can click on this one or that one. Seems pretty easy”

Feedback Thumbs is a simple tool that you can implement on your site or app to solicit feedback from users which is ideal for anyone launching a new feature or product.

You can customize the look and feel to match your site or apps design and it is all done by inserting a couple of lines of code to your site. 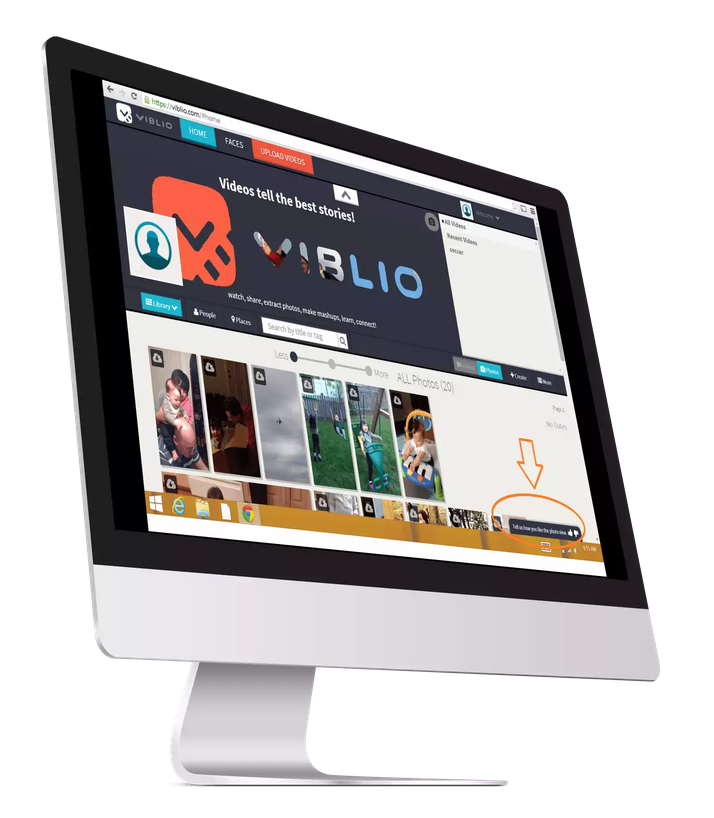 But again, waiting for someone to click a thumbs up/down button to gauge approval would take a long time. Dreytser points out that “ less than 1% of people leave feedback.” For an example, Dreyster paints the picture, “If you were going to make design decisions about your product based purely on waiting for 100 bits of feedback, A: it would take a long time. B: 75 people gave a thumbs up, and 25 gave a thumbs down. Is that actionable? No, not really. It’s kind of a high level gauge.” Which is why Feedback Thumbs introduced the concept of analytics onto their platform.

“So now what we’re doing is basically saying that you can have the thumbs up/thumbs down for those people who do have something to say, which is great, but we’re also tracking every users session. Meaning, we can see what they’re doing while those thumbs up/down are on. And you could put it on a particular feature, or you could put it on the whole site, or the whole mobile app. So you can be as general or as specific as you like,” explains Dreyster.

So now, Feedback Thumbs is providing a real value because they’re tracking user engagement and providing a wealth of analytics. If people do leave feedback, you can go back and see what they were doing, and how they were using either your whole site or one particular feature and understand the feedback in the context of what they were doing. The feedback is either really good or really bad. That’s actionable. Cause now you can say, “OK somebody’s using this feature all the time, and the feedback is bad. I got to fix this, like first,” or, “This features feedback is bad, but nobody’s using it. You know what, I’m better off just canceling it because no one’s ever clicking on it anyways.”

Ok, so this is all great and all, but let’s be real here, who really has the time to look at all this stuff? You’re trying to start a business, you’re lucky to have ten minutes to work on anything. Which is something Dreytser found out quickly. “At least in a smaller world. If you’re a startup and you have 3-10 people who have very specific roles of doing pretty much everything. This is all good and great, but this is not exactly something these people can sit and look at it.”

So to help lighten the load, Feedback Thumbs is now offering a human as a service. They have a product and a team of people including a designer, engineering, sales/biz, and data experts to help you. So now you have this team of people digging through the trenches of your analytics and providing actionable suggestions for your campaign. So when they send you a report, it’s not like,“Hey, look at this dashboard and let me show 16 different graphs,” Dreytser describes. No, they’ll break down their recommendations into A, B, C, and D. You get can get that once a week, once every other week, or whatever, it’s up to you.

Looking at the data and more importantly, taking that data and making it say something very meaningful, is Feedback Thumbs in a nutshell. For more information, check out their website here.