Looking to make some easy money? AirBNB might be your best bet. Meet Kelly, he made $41,879 in 2 years renting his room out to strangers. 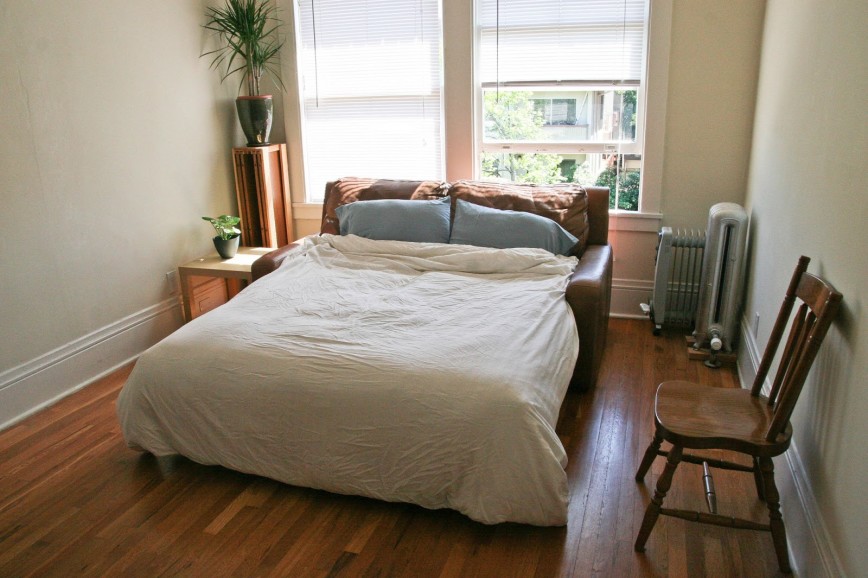 Can I just say, AirBNB is awesome. I love the sharing economy! In this series of articles, I will give you some background and tips I use to keep me on top of my game as an AirBNB Superhost.

My Start on AirBNB

I live in Bangkok, the second most popular city tourist destination in the world. I have been an AirBNB host for just over two years, welcoming over 700 people from more than 70 countries and making nearly $42,000.

My house has three floors and four bedrooms. The ground floor contains the living room and kitchen, the second floor has three bedrooms including the master and small guest room and the top floor is another large guest room surrounded by two large decks.

In April of 2013, a few months after I moved into a larger house in Bangkok, a friend asked if I had space for his friend from San Francisco. I frequently hosted others coming through town in my guest room. So, no problem, of course, his friend could crash at my place.

That friend was Bowei Gai during his World Startup Report Tour. It was a great experience to have him stay with me and he encouraged me to put my room up on AirBNB.

I started out like anyone else, skeptical but intrigued. Who is going to rent my room? Is it safe? Being in the startup tech arena myself, I knew about AirBNB but never really thought about listing my rooms. Luckily AirBNB has a pretty good verification, review and rating system. So I figured what the heck, let me give it a shot.

Originally I started with just the single room on the top floor, took some utterly crappy photos, filled out everything in the listing form, and put the price at $19. Within a few days, I received my first inquiry from Johnny in Rio de Janeiro. How cool! By the way, if you ever travel to Rio, check out Johnny’s AirBNB listing.

On May 9, 2013 I welcomed my first guest. Johnny initially booked my place for three days however he ended up staying for a total of a week. Being an AirBNB host himself, Johnny was incredibly helpful and provided me with a wealth of worthwhile tips. Together we fixed up the room a bit better — I bought a small refrigerator, a large mirror and hung up the picture you see in the photo, among other small things. My first experience was absolutely awesome and really set the tone for how I interact with my guests.

Johnny also got me thinking about the smaller room that was now my home office. I was not even going in there much — I had become accustomed to working in my living room at the table by this point.

So in mid-June, I opened up my smaller room and accepted my first guest soon after. This room turned out to outperform my larger room by a long shot.

That’s how I got started on AirBNB. Since starting 2 years ago, I have learned so much that I want like to pass these tips on to you. Just like Johnny and so many others have done for me.

The Basics of the Room

I originally took photos with my iPhone. At the time, they worked for me. However, once I got to know the AirBNB system I discovered they would have a professional photographer come and take the photos for me. Wow, what a difference that made. Instantly, I saw more inquiries coming in.

This simply cannot be stated enough. Keeping your space clean is imperative. I’ve always had the mindset that I need to be at hotel standards. After all the guest could certainly have booked a hotel room in which their room would be cleaned daily. I make sure that the rooms are cleaned every day, even if a guest is there.

I have a small advantage living in Asia since I have a maid that cleans up every day. However, if you are based in the states there are services now that will come clean up your AirBNB space too.

I try to meet every guest when they come in. It doesn’t always happen as sometimes I am at work or out doing something. If I don’t get a chance to welcome them in, I make sure to run into them when they come in or out of the house. Putting a face to the home really helps a lot and you can see it in the reviews. You get a chance to answer questions, give them valuable tips on your area and make a good impression.

AirBNB does a great job giving you suggestions based on what other listings in your area are booking for. If you are just starting out, I would recommend cutting that price in half for your first three to five bookings. This will get some positive reviews and make more people comfortable with booking your place. After you have some reviews under your belt, start increasing the price. I will be writing another article on how I use Flux-Pricing to get the highest nightly prices for my listings.

I am fortunate to have an electronic key lock on my front door. This makes it easy for guests get in and out. If I am not there I can give them the passcode to get in the door and leave a welcome note with their room key.

Little things go a long way. Each of my rooms has a small refrigerator which I stock with various soft drinks, water, cookies, chocolates and other small goodies. I also put tea and coffee on the top with a hot water heater. In the bathroom, I make sure that there are lots of extras like toothpaste and toothbrushes, soap, small bottles of shampoo and conditioner and a hair dryer.

This really only applies to hosts that are listing out a room. I bought multi-sided door hangers they can put on their door. They say “Do Not Disturb,” “Come In” and “Away” so I can instantly tell when to have the room cleaned.

I strongly recommend downloading the AirBNB Mobile app. AirBNB rewards hosts that respond quickly with higher rankings. It also works in your favor as your guest is probably sending a message to a few other listings they like. If you respond with a quick and informative response, you’re much more likely to win that booking.

AirBNB is one of the few apps I allow to send me notifications on my iPhone. I know that if I respond faster and more informatively than the other hosts, I am going to get that booking. I try to respond right away, even if it’s just to say I will get back to them later.

Tip: You can also respond directly to email by just replying to the email AirBNB has sent you. 😉

The AirBNB community is built on trust and reviews. If you are just starting out as a host you won’t yet have any reviews. Here are few tips to win that first booking:

Verify your account: Use a real photo, email address and phone number, at minimum. If you have Facebook & LinkedIn and you want to host, it’s best to add those as well.

These tips will make your first guests feel confident booking with you, especially if you do not yet have many reviews.

After a guest stays at your place, you will both be asked to review the experience within 14 days. I also send out an email the day they check out thanking them for staying and asking them to please leave a review. If you have done your job right, getting a good review should be easy. I always make sure I complete my review right away as it sends the guest an email letting them know. This helps nudge them to do the same.

Note: Neither review will show up on the site until both have been posted.

I often speak at AirBNB events to new hosts in Bangkok. As a result, AirBNB gave me a wonderful award at the end of last year. Every time I see it I feel all warm and fuzzy. Thank you AirBNB for being awesome!

In my next posts I will talk about Flux-Pricing, creating a House Manual, Automation Tools and Utilizing Facebook Ads for your AirBNB listing.

Already an AirBNB Host? Have a look at TravelersChat.com, a Slack Chat room where other hosts come together to chat and help each other.

If you found any value in this, it would be super awesome of you to scroll down and hit that “Recommend” button. Also “Follow” me to get my next hosting tips.

Hi, my name is Kelly Kampen, founder of Dojo, a streetwear company with a mission. Great threads & giving back: 10% of every purchase goes to causes and charities all over the world. I also do Business Development for Oozou an awesome Ruby on Rails development agency. Coming to Bangkok? Stay at my place on Airbnb. Want to talk? Drop me a line at kellydo/dot/jo

This article was originally published on Medium and reposted with permission from the author. You can find the original post here.