This piece is important, take the time to weigh your needs. 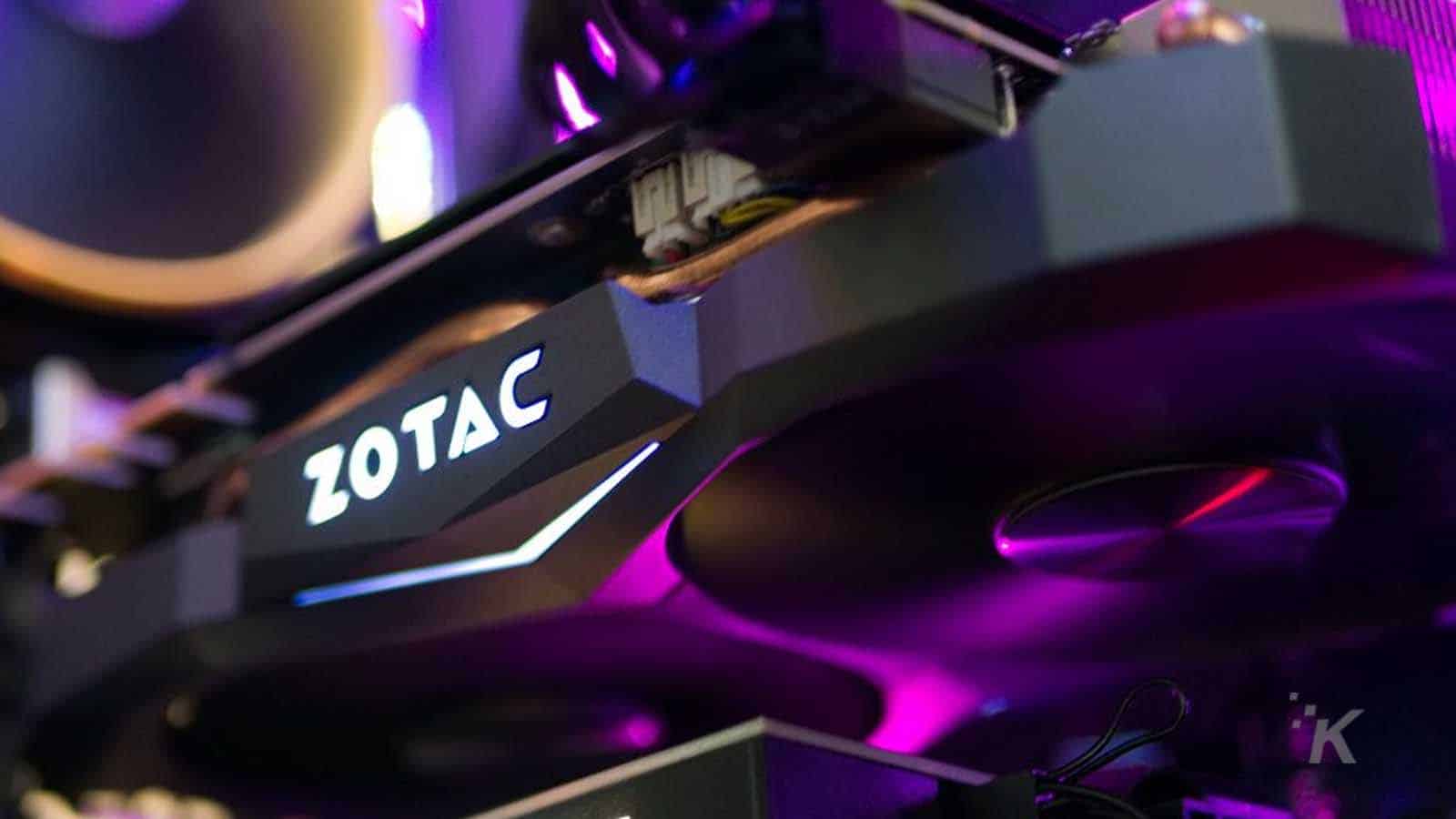 If you’re in the market for building a new computer or want to upgrade the one you already have, the graphics card is one of the most important things to consider. Not only will you not get any display on your monitor without one, but if you pick the wrong one you won’t get consistent frame rates in the games you love to play.

Whether you’re new to PC building or a veteran, we’ve got the deets you need to succeed in your build. It could be you want to make a Minecraft-monster for your kid to get stack-happy on, or a “this-can-definitely-run-Crysis” build that spares no expense.

Whichever way you go, here’s the information you need to know what’s what when buying a new graphics card.

A few things before we start

The eternal question: AMD or Nvidia?

Okay, so here’s the situation. Whenever you go onto Amazon or Newegg, or wherever, and see literally dozens of manufacturers creating graphics cards, you’re really only seeing the technology from two companies, AMD and Nvidia. Those are the chipmakers that actually create the graphics chips that power your cards, and then license their tech to third-party manufacturers called Add-In-Board partners to create custom designs.

If you want the absolute best graphics card you can throw money at, that choice is easy. Only Nvidia has a true enthusiast-level graphics card right now, in the GeForce RTX 2080Ti. That might change later this year, as the next-generation of graphics cards arrive – “Big Navi” for AMD and “Ampere” for Nvidia.

The rest of the market is pretty even, with budget and mid-range cards from both companies roughly comparable. The only reasons to pick one over the other are brand loyalty, or if you want the variable refresh rate tech from either company to match the gaming monitor you plan to buy. Even that’s not a cast-iron reason nowadays, as Nvidia has been certifying FreeSync monitors to work with G-Sync.

How many Benjamins can you throw at the problem? 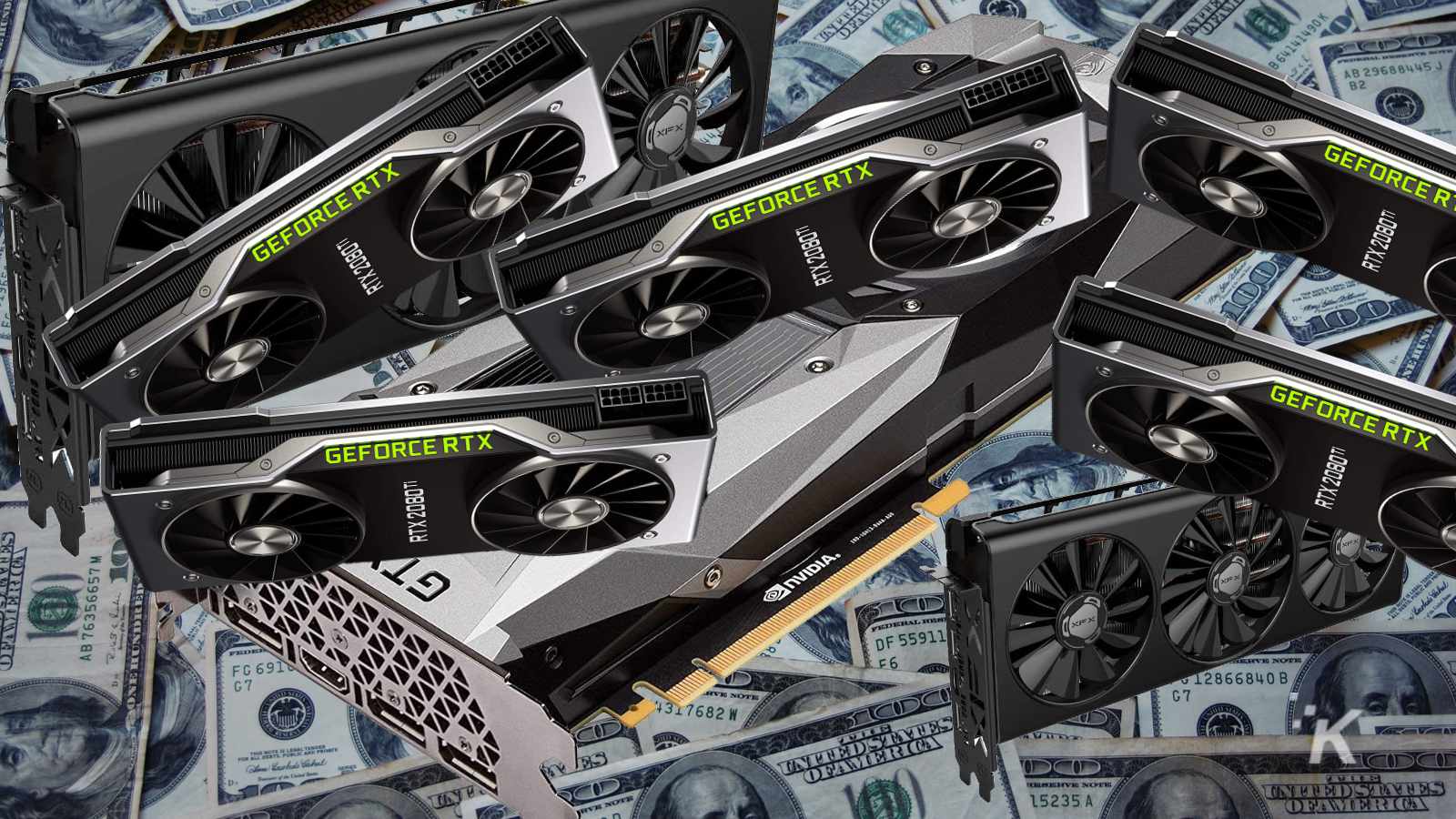 Graphics card prices have a huge variation, between $100 low-end cards that are good enough to output an image to your monitor, to high-end monsters that could cost you over $1,200 for mainstream devices, or thousands if you’re delving into the prosumer market. Expect to pay at least $200 for a decent card, a few hundred for mid-range, and at least $700 for a card for extreme performance.

Low-end: Nvidia GT 1030, AMD Radeon RX 55o – these are only really good for office machines where displaying an output is more important than frame rates.

Extreme-tier: Nvidia RTX 2080 Ti, RTX 2080 Super, Titan RTX – Note that there aren’t any AMD cards in this tier, as they haven’t had a top-tier card for quite some time now. Expect to pay over a grand to get into this club, but you’ll need it for 4K gaming, or good performance using ray-traced games.

Which specifications actually matter when reading the labels? 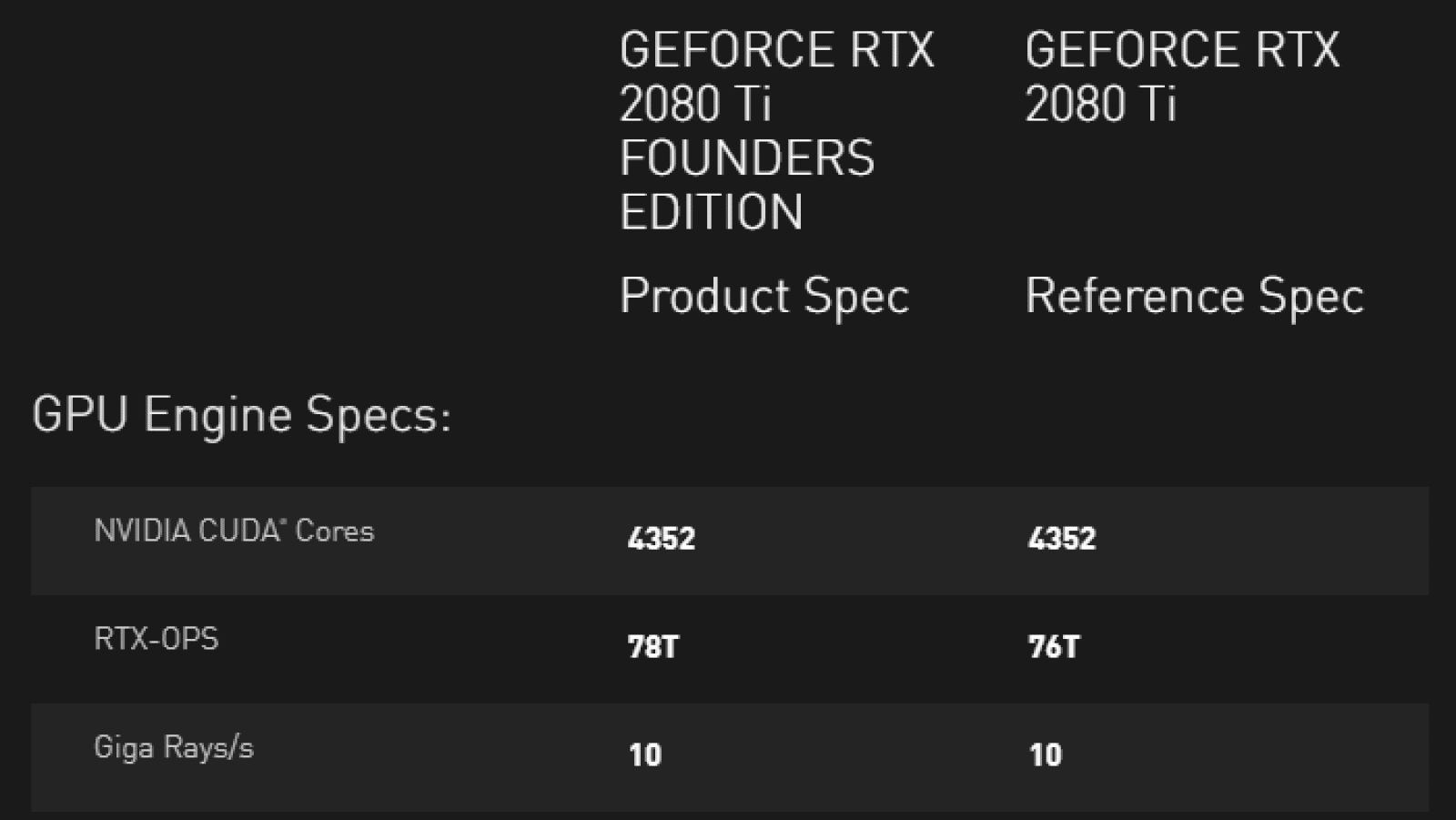 Don’t know your GDDR6 from your HBM? What about your RT cores to your stream processors? No? Don’t worry, we’ll walk you through all the specifications and word salad that you need to know to make an informed buying decision, and not just the GPU that your favorite Fortnite streamer uses.

Graphics card memory: Okay, this one is a must. The bare minimum today you need is 4GB. You want 6GB or more at 1080p really, with more games having huge shader caches that use up all that memory space. The same goes for game mods, high-resolution texture packs, or if you turn up all the fancy settings. Really, you want 8GB for VR, 4K, or higher refresh rates. It doesn’t matter much if you get a card with GDDR6 or with HBM, they’re different technologies that pretty much do the same thing.

Form factor: Also very important, as it is often the deciding factor for your PC case choice. You don’t want to have to Dremel out parts of your case to fit an overlong GPU, and if you’re building an M-ITX build, you really want to pay attention to every dimension of your upcoming graphics card purchase. Most gaming-focused graphics cards will be dual-slot, taking up two PCIe slot holes on the back panel of your case. If you’re planning to watercool, even though the thickness of the overall card will be single-slot, the I/O panel might still be dual-slot due to how the ports are arranged.

TDP: This is the thermal design power of the graphics card, and it’s intended to tell you how much heat dissipation it needs. It’ll also tell you how many watts your PSU will need to supply. Most midrange cards only need a 600W PSU, while the top end can get away with 800W or so if you’re only using one graphics card. 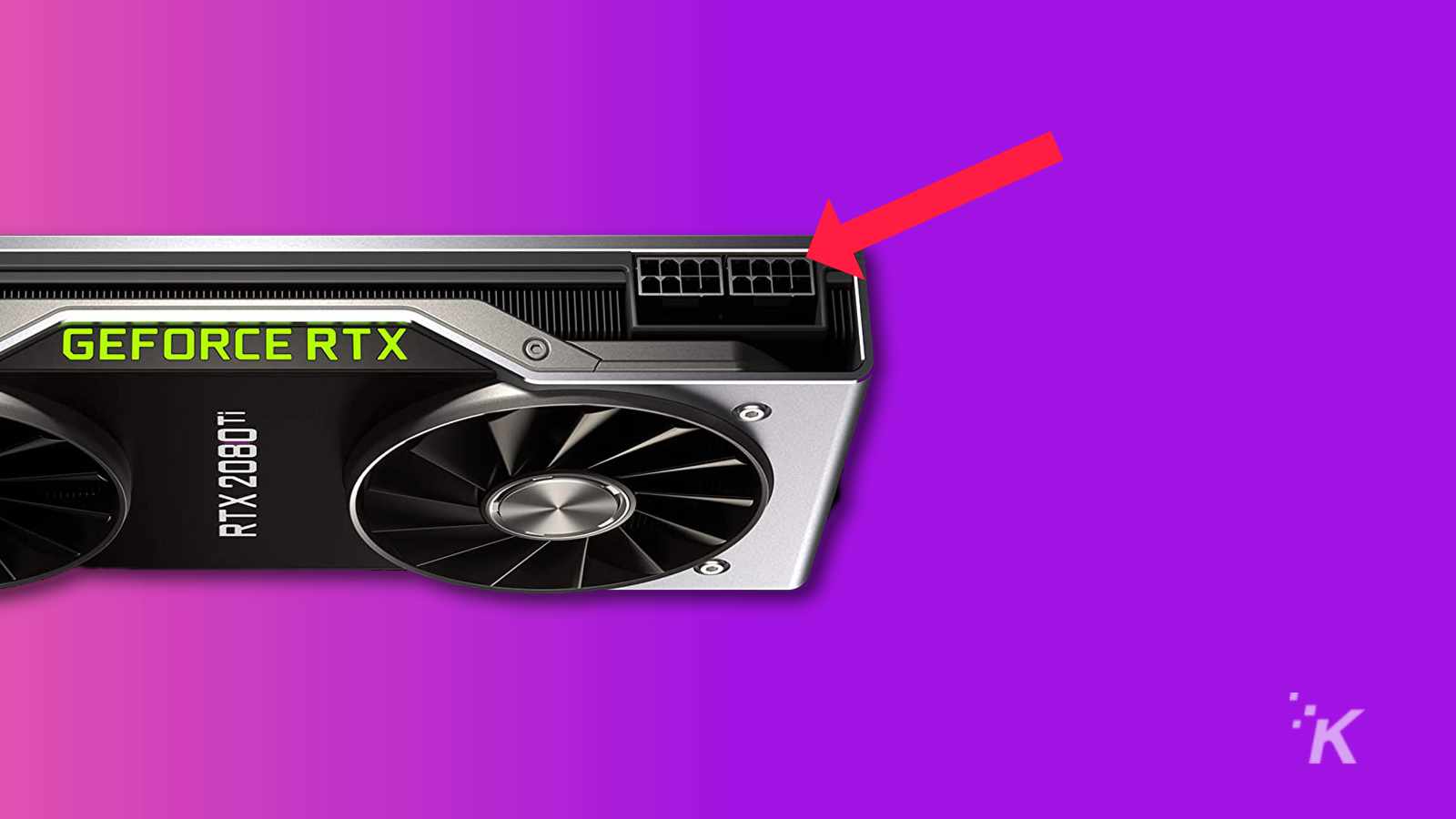 Power connectors: You need to know about this because it relates to the PSU you buy. Most gaming cards pull way over the 75W maximum for a PCIe slot to supply, so they need extra plugs to give more power. These could be one six-pin PCIe socket, one eight-pin PCIe socket, or some combination of these two types up to three eight-pin sockets on one card. That’ll mean you’ll need a PSU that has two eight-pin PCIe connectors to power your snazzy new graphics card in most cases. 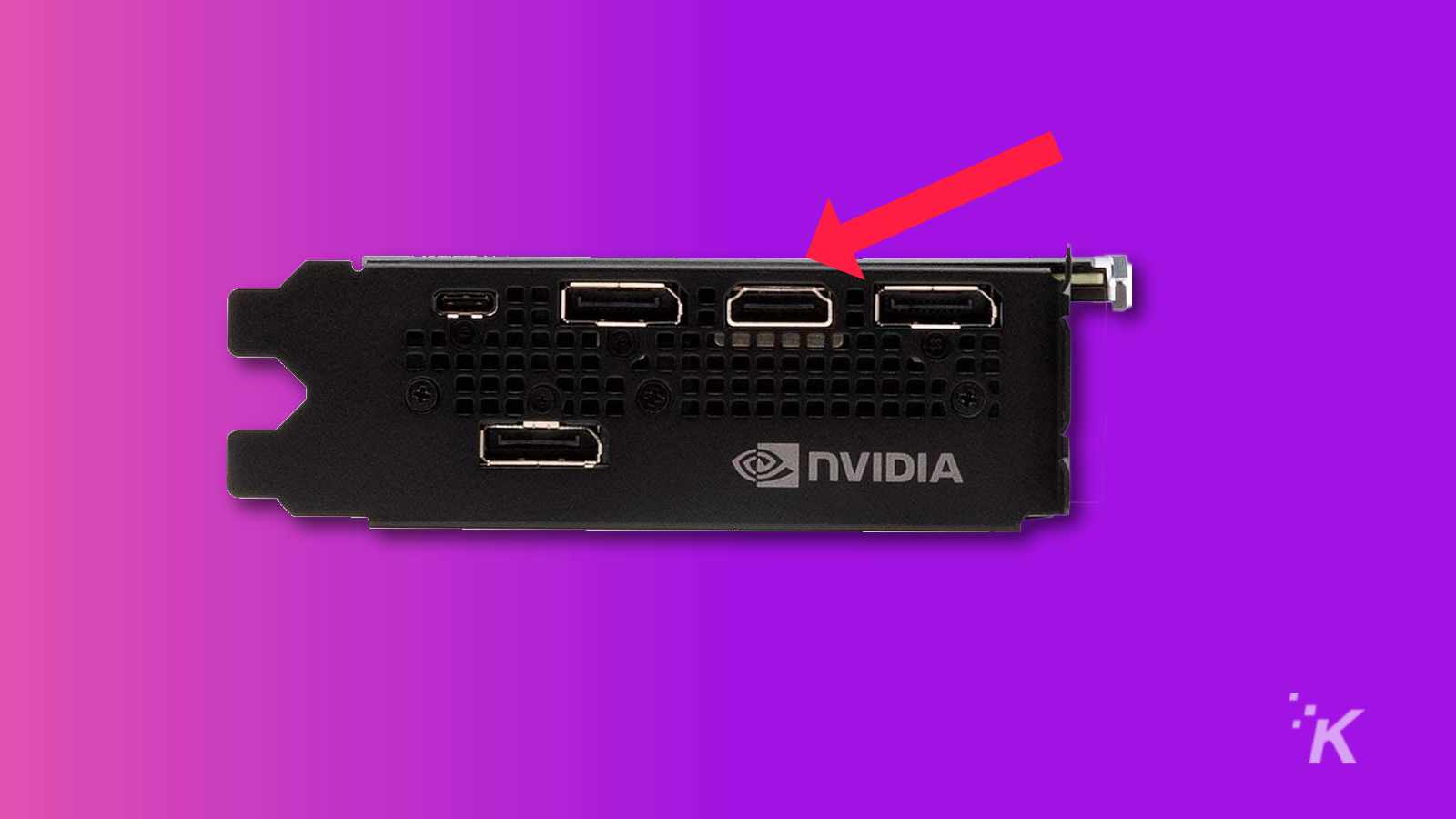 Output ports:  You’ll need this info to make sure your monitor can be connected up to your graphics card. Most modern graphics cards only have multiple DisplayPort sockets, with at least one HDMI socket, and sometimes a USB-C output. Some have DVI connectors, and you’ll need to keep an eye out for this if your monitor has DVI. Really, you should be using DisplayPort nowadays for the best refresh rates and resolutions.

Clock speed: Okay, this one isn’t as important as you would think. Sure, clock speed is critical for CPU choices, but it’s less of a consideration for graphics cards, as there are so many other variables at play that all add up to the overall performance.

CUDA Cores / Stream Processors: These are the building blocks that make up the graphics core, similar to the cores on your CPU but more specialized in design. You can use them for approximations of performance levels, but only really between models from the same generation, with the same architecture, and from the same manufacturer.

TFLOPS / GFLOPS: Kinda important, although it’s more of a relative number to help decide between different graphics cards, in the same way, that a CPU benchmark will let you infer quality between different CPUs. It’s less useful across architectures or generations though, so take this value with a pinch of salt. A teraflop on a Polaris card isn’t the same power as a teraflop on a Navi card, for example.

Memory speed / Bandwidth: Eh, this really isn’t that useful of a spec nowadays, as it’s usually the GPU core that slows things down, not the speed of the memory supplying it with data. Higher numbers are better, but it’s never the whole picture.

RT / Tensor cores: Maybe this specification will matter once the PlayStation 5 and Xbox Series X comes out. That’ll be the first time that ray tracing will be in more households, which will spur game developers to use the technology in more games than they do now. I’m not knocking the use of ray tracing, as games such as Control look magical with it turned on, just that for now, it’s a future consideration. Don’t make it your primary consideration while buying a GPU today.

What are the best GPUs based on resolution or use cases? 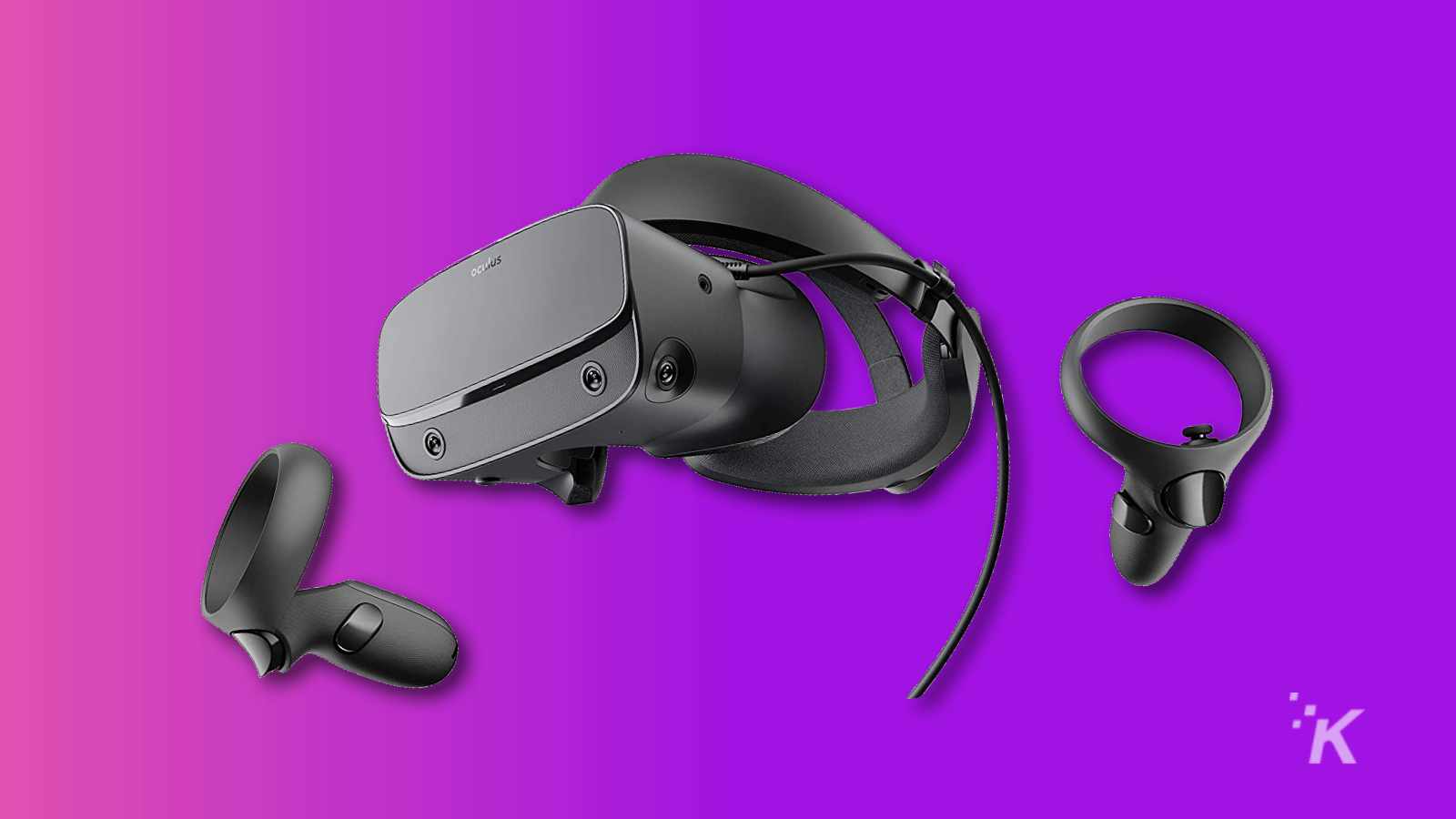 Once you’ve read the specs, figured out which matter to you and your use case, and had a nice lay down to let your throbbing head recover, here are a few recommendations for you to start with. By all means, choose something else if you prefer, just know that these are the best bang for your buck for each category, so you probably don’t want to stray far. Also, remember that there are third-party AIB (Add-in-board) options for all of these cards, often with better cooling than the reference models.

A final word on graphics cards

Like every other component in your computer, it’s all about balance. You wouldn’t buy a top-tier graphics card to pair it with a budget CPU, that’d just be silly. You do have to think about future upgrades when you pick out your GPU though.

Do you get a mid-range card now, and upgrade when the next generation of graphics cards arrive? Do you buy the best card you can afford right now, and upgrade to the newer tech at a later stage of its useful life span? CPUs can last for years before needing replacement due to being outdated, but modern video games have been leaving graphics card technology in the dust every few years.

Oh, and beware of inflated prices and scalpers. COVID-19 has got everyone building gaming PCs to waste time away with and the interruptions to the supply chains have made it hard to get fresh stock into stores.