Man, I could have really used this when I was in my early 20s. 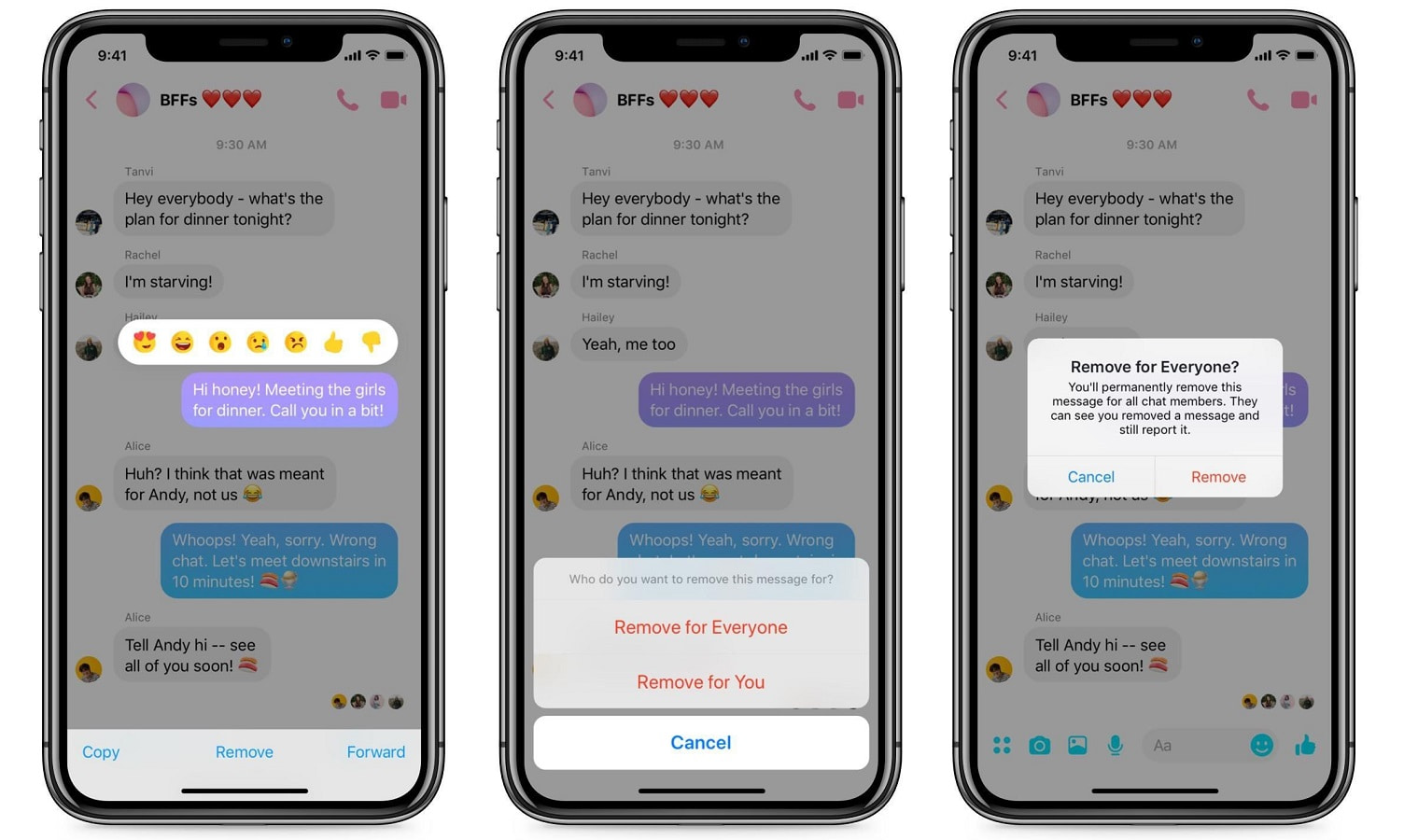 Unsending seems like an obvious feature to have these days but is one that many messaging and email services still lack. Facebook Messenger, one of the most used communication apps in the world, is a very good example of a service that lacks that feature – for now, at least.

Facebook rolled out an “unsend” feature to users in Poland, Bolivia, Colombia, and Lithuania, with plans to release it worldwide in the short term.

With this feature, users are able to unsend messages up until 10 minutes after sending them, which is quite useful to fix typos, or even to remove that embarrassing message you drunk-texted to your ex.

Why the 10-minute window?

Stan Chudnovsky, Vice-President of Messenger, explained the reasoning behind the decision to go for a 10-minute window:

We looked at how the existing delete functionality works. It turns out that when people are deleting messages because it is a mistake, or they sent something they did not want to send, it is under a minute. We decided to extend it to 10 but decided we did not need to do more.

How removing a message works

To remove the message, users have to simply long press the target message (as long as it was sent in the last 10 minutes), and a “Remove” option will appear on the bottom of the screen. After selecting it, the user is prompted to decide if the message should be deleted only for himself, or for everyone (a bit like what already happens with Whatsapp).

For the moment not much else is known about the feature, so we will have to wait for Facebook to release this feature on a broader geographical scope.

Is an unsend feature a good thing for the service? Let us know down below in the comments or carry the discussion over to our Twitter or Facebook.