Just how good can Misutaaa be? Taking a look at vitality’s newest wonderkid

Letting an inexperienced 17-year old run at 0-18 in one of his first-ever maps is, ultimately, no help to anyone. 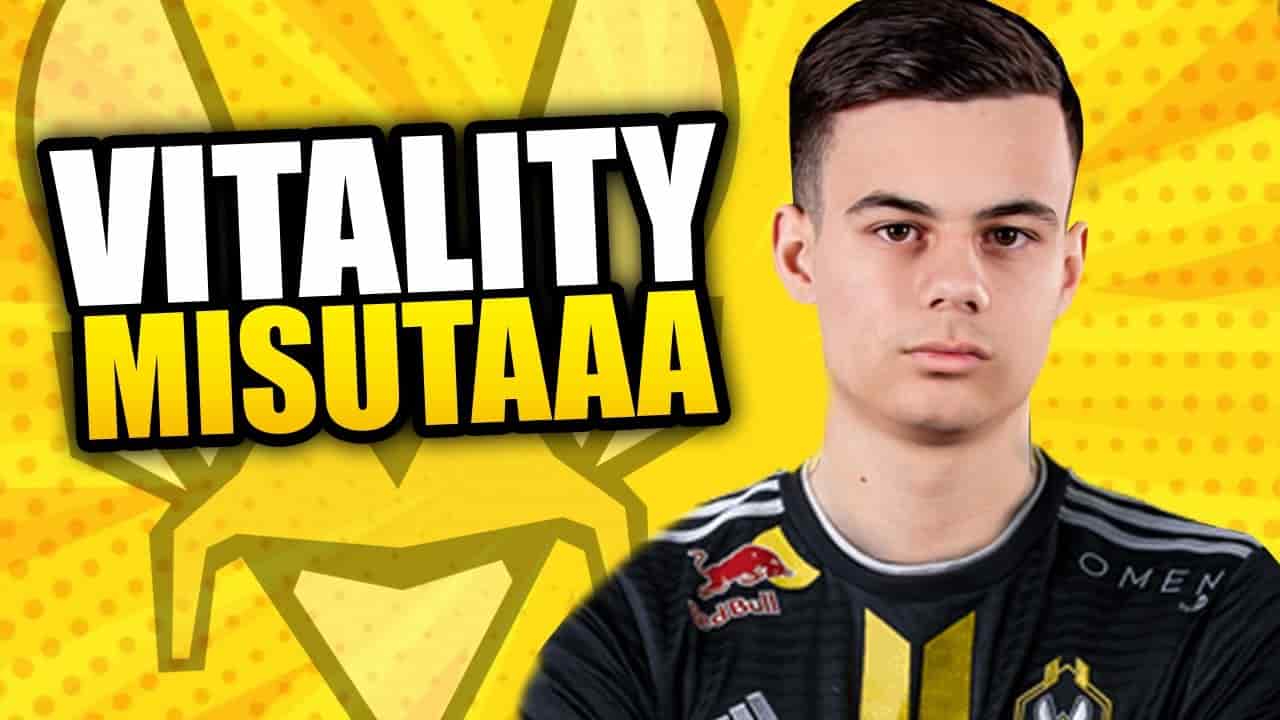 French side Team Vitality had a turbulent end to what was shaping up, at one point at least, to be a pretty great 2019 in the Counter-Strike competitive scene. Having finished as runners up to Fnatic at DreamHack Malmo in October, the side began a freefall that took the entire game by storm, failing to finish higher than 7th in any of the next three tournaments they entered.

At one time regarded as the nearest challenger to the might of Astralis, it was a sharp fall for Vitality and the departure of in-game leader ‘ALEX’ in March only compounded the troubles further.

Along with the likes of Fnatic and Astralis, Vitality is an org that only recruits players from their homeland. Whilst this can undoubtedly be a useful tactic in establishing a close-knit and well-communicated side, it does restrain the options in terms of recruitment when players do decide to move on, especially during the middle of a hectic run of fixtures and events that Vitality are in the midst of currently.

Having failed to lure their first choice player, ‘hadJi’, Vitality were essentially forced into signing 17-year old hotshot Misutaaa as the team’s fifth player. Having helped Viva Algeria qualify for the WESG Finals in November 2019, putting up 1.29 average rating across nine maps, Misutaaa is a player that many experts in the game have tipped for the big time, but how has he done so far in his debut tournament for Vitality at ESL Pro League 11?

Vitality opened their Pro League with two fairly unremarkable wins against ENCE and GODSENT. Tipped by Unikrn.com to triumph against two of the lowest-ranked teams in the competition, Misutaaa had a decent showing in his first three maps with the new roster, finishing the games on Mirage, Vertigo and Nuke with a K/D ratio of +4, +3 and +5 respectively. However, he went into Vitality’s third game against Spirit with two lukewarm performances on Inferno and Dust2, ending the maps on -10 and -4.

Misutaaa’s Dust2 woes would reach a peak against Spirit where the French rifler would rack up a staggering 0-18 record. Failing to register a single kill, Misutaaa would pick up slightly on Overpass with a 18-21 record, though Vitality would go onto lose the map and the series 2-1.

Nevertheless, there’s still plenty to suggest that Misutaaa could still be on the road to success, his overall record at the Pro League is second only to ZywhOo in his team, for example. His 1.08 Kills per death is a better ratio than star names such as Flusha, Karrigan, and Stewie2k and he averages a headshot percentage of 55% is better than anyone else on the Vitality roster right now.

Without a doubt, harnessing the talents of Misutaaa is one of the most important points on Team Vitality’s agendas right now. Letting a 17-year old new player run at 0-18 in games doesn’t help anyone, and the continued tension between Shox and the in-game leadership role is palpable to those watching on.

In fact, the whole dilemma of the in-game leader slot is something that Vitality need to really work on. ALEX’s departure left a hole that doesn’t look like it’s going to be easy to fill for anyone, and Vitality’s relatively tame showings so far could be attributed to this fact. Getting the leadership sorted out is going to be key to unlocking Misutaaa’s potential.

Sides such as Fnatic have shown the best way of treating younger, less experienced players in their rosters, giving the likes of Brollan the opportunity to go out into a map and go searching for the confidence-bumping kills he needs to find to improve as a player, whilst having experienced heads like KRIMZ and Flusha nearby to help clean up any messy situations.

Letting an inexperienced 17-year old run at 0-18 in one of his first-ever maps is, ultimately, no help to anyone.