KnowTechie Roundtable: What YouTube channels do you pledge your allegiance to?

Woah, some actual solid answers this week (except for Josiah).

So, we ask: What YouTube channels do you pledge your allegiance to?

Much like my podcasts, my YouTube subscriptions are equally as boring. I watch a lot of AddToCart, which is literally just Etsy SEO videos (buy a mug if you ain’t a bish). He’s a cool hippie dude that sells cool things on Etsy and understands the Internet™, my kind of person.

Besides that, I listen to lo-fi hip hop radio at least 6 hours a day. My life is pretty boring.

Kevin: Damn, do you even get any, Josiah?

That is terribly boring, Josiah. It’s weird that you’ve been able to harmonize your stroke to lofi beats. That’s why my top channel is Stoned Meadow of Doom. Psychedelic rock, metal, doom, sludge, punk and numerous other descriptors are used to define the bands from all corners of the globe presented on this channel. It’s where I discover a lot of new music.

Aside from that, most of my YouTube content consumption is music-based: NPR Music, La Blogothèque, Seattle’s KEXP, BBC Radio 1, Sub Pop, OUI FM, and Pitchfork. I subscribe to a few individual artists too, but mostly nerd stuff like Bonecage.

As for gaming, I only subscribe to one streamer, Robbaz, and the Escapist for Zero Punctuation. I just noticed a lot of defunct channels that I subscribe to, so give me a second to clear that up. Oh snap, a new Regular Cars video is up. BRB.

When I’m not listening to podcasts about nonsense, I’m watching YouTube vids about two things: movies and cooking.

For the former, my guys are ralphthemoviemaker – who’s deep dives into god awful horror movies like The Bye Bye Man and trash reality shows like Mystery Diners are some of the funniest (and honestly insightful) videos in the overcrowded genre of bad movie criticism – FanboyFlicks, YourMovieSucks, and the more straightforward/technical critiques of Now You See It and Every Frame a Painting.

On the cooking side of things, you can’t go wrong with Binging with Babish, who teaches everything from the basics of making cajun cuisine to how to recreate recipes from your favorite movies. First We Feast is also great, if purely for Sean Evans’ brilliant Hot Ones interview series.

Oh, and if you like heavy metal with a heavy dose of trolling, follow the gawd Kmac.

As I said before with our podcast conversation, I usually listen to YouTube channels instead of podcasts. Of the channels, I usually make sure to watch right away, Inside Gaming and Mother’s Basement are my usual culprits. Both those channels cover my general interests of anime and gaming, however, there are a few gaming channels I keep in my back pocket to kill time. Claic Yuzolt is a dude that makes videos and guides for my favorite mobile game, Final Fantasy Brave Exvius, as well as other mobile games. He’s excitable and fun to watch.

My other big gaming recommendations are videogamedunkey and Indeimaus. Dunkey is more of a comedy guy that makes silly videos about games. If you look at any popular gaming posts on Reddit, you’ll probably find a Dunkey meme or a reference. Indeimaus is more of a “Let’s Player” that made his name on poking fun at Dark Souls comparisons. 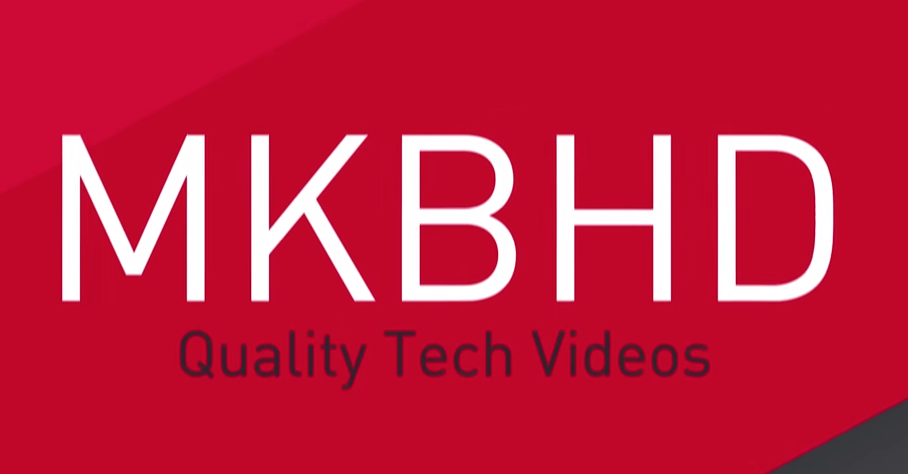 It’s probably not much of a surprise to anyone that most of my YouTube subscriptions are to techtubers who are pushing the envelope for videography or photography. That includes the Godfather, MKBHD, Jonathan Morrison aka TLDToday, aka SunSquaredMedia, to Peter McKinnon, to HardwareCanucks and their ever-crispy tech shots.

Anything and anyone that inspires me to push my own skills, basically. I’m currently watching a lot of baby sign language videos, and I’m not sure who’s having more difficulty learning – my little one or me…

Other than that, I don’t really check my sub box that much. It used to have a lot of PC building, woodworking, and car channels but I deleted them all after hitting the sub-limit.

Jared: Wow, the energy in this roundtable is just… astounding. It’s like the Windows 95 launch party in here.

Anyways. I don’t really subscribe to as many YouTube channels as I should. I’m the same with podcasts. I honestly just don’t have time for them. But when I do, I do pledge allegiance to a few. I watch a lot of H3H3 Productions along with the H3H3 Podcast. Their original channel is my favorite. They shit on a lot of other YouTubers and call out a bunch of shit happening on the platform. Not to mention – the channel’s host, Ethan, is hilarious and Hila is totes adorbs.

My runner up goes to Regular Cars. Now, I’m not a car guy by any means, but this is one of the funniest YouTube channels I’ve come across. Why? Well, I have a few questions for you: Which Focus is best Focus? Which Corvette is best corvette? Which Ford is best Ford? Watch those and you’ll get your answer.

What YouTube channels are on your radar? Is there any you can’t stop watching? If you have any thoughts or suggestions, this is where you come in. Let us know down below in the comments or carry the discussion over to our Twitter or Facebook.