Screw your next-gen consoles. 90s gaming is where it was at.

OK, so we’ve had the best selling games of 2019 on PlayStation 4 and the defining games of the decade, but come on, everything is so serious nowadays. What with unpausable games, completing ridiculous driving licenses before even being allowed to race, and having to remember controller combinations with more steps than pi has decimal places just to execute an uppercut, you could be forgiven for thinking that simple, easy fun has gone out of gaming.

What about the games 25-30 years ago? Those titles you thought were amazing, even though they were actually a little bit crap. Those sepia-tinted times when you bought games with a score of 39% in Sega Power because you were nine years old and frankly also a little bit crap yourself. Remembering fondly back to the number of Master System joypads you swung furiously at the side of the cupboard because the collision detection in Alex the Kid was infuriatingly fucking woeful.

While we’re at it, (it being 90% complaining, 10% sarcasm) when did it all become so expensive? You dare not fling your controller wall-ward nowadays, right? Nobody wants to have to shell out the equivalent of a first-home deposit just because they got unreasonably angry at some 360 no-scope little shit on Modern Warfare. Where is the fun in that? I went through hundreds of joysticks as a kid, and do you know what, I had a fantastic time. Smashing those spiteful little ba…ahem. Sorry. Great times.

Anyway, that was a slight digression from the topic, or non-topic, at hand. As a complete antithesis to the year-end run-downs, and to hopefully get a few of you spitting molten nostalgia all over your device screen, we’ve completely needlessly put together a list of some of our favorite retro games from PC, Nintendo, Genesis, and more. Feast your minds below. 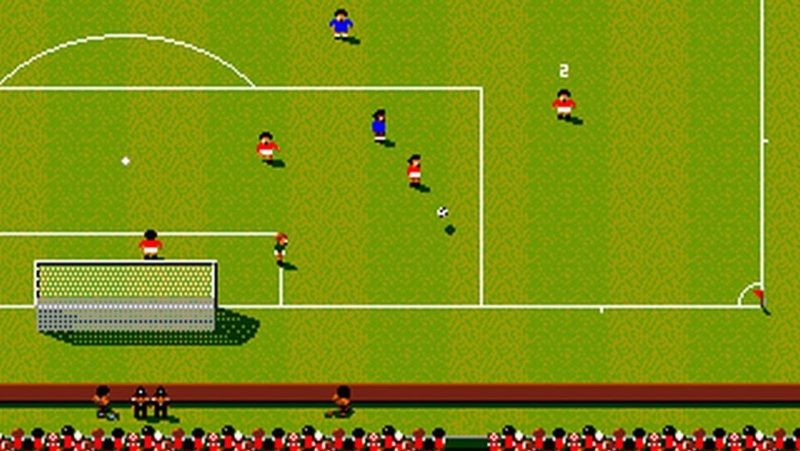 Forget whacking all of your real money on FIFA points, just to access the world’s top players. Meh. What’s the challenge in that? Try taking Ghana’s Hearts of Oak to the top and spanking Juventus 6-0, in Sensible Software’s landmark 2D-soccer and team management game, Sensible World of Soccer. And who could forget curling the ball into the top corner of the net with a deft quarter-turn of the d-pad? Magic.

Hedgehogs and plumbers?! Who came up with that idea? BOOOOR-IIIING. No thanks, I’ll take Zool, the ninja from the Nth Dimension, who inhabited a super-psychedelic side scroller with plenty of little extras built into the game. The action was fast-paced and loaded with colorful sprites – a de facto feast for the eyes of Gremlin.

The Bitmap Brothers were responsible for some of the finest games created, back in the day (see Speedball and The Chaos Engine), but for puzzle-based brilliance, alongside plenty of monster-bashing and some really tough-to-beat bosses, Gods comes in as one of their greatest creations. Plus everyone loved visiting the merchant at the end of each level, to spend all the gems you had harvested on spears or shuriken. “Into….the wonderful…” sang the theme music opening and very true it was.

Electronic Arts’ Desert Strike was one of those titles that defined a generation. Available on most platforms at the time, the premise of the game was pretty simple. Fly around the desert in your Apache helicopter and blow everything to smithereens. See that truck? Blow it up. Fuel dump? Explode that. Enemy hideaway? KA-BOOOM!

James Pond is one of those franchises that remains unforgettable to this day. It should be obvious, even to those who have never played it, that the game revolved around an aquatic version of everyone’s favourite secret serviceman. The second in the series features James as Robocod (hopefully you recognize that reference, too) and his attempts to thwart Dr. Maybe. Topically, the game had Christmas themes running throughout.

An arcade classic from Sega which was ported to home devices, Golden Axe II was THE side-scrolling beat-em-up. Not content with the Double Dragon method of simply kicking the shit out of enemies, Golden Axe’s characters could collect potions that filled up a power meter, allowing players to cast powerful spells. Jump on those giant lizard-steeds and you became unstoppable!

Has there ever been anything as satisfying as boinking your friends off the track on Rainbow Road? No. Especially if they were in first place (cue controller launch). Nintendo’s Super Mario Kart is heralded as one of the most popular titles of all time and its addicting gameplay along with its competitive elements meant that it has seen several sequels since it’s release.

Enjoying release across numerous platforms, Cannon Fodder (again by Sensible Software) was a squad-based tactical shooter which was notoriously difficult to complete, thanks to the advanced AI and limited map view. That didn’t really matter, though, because as the opening credits quite rightly exclaimed: “War has never been so much fun.”

As puzzlers go, Psygnosis’ Lemmings has to be up there as one of the best. Guiding the green-haired rodents to safety, players would allocate selected Lemmings with a number of tasks, from building steps to digging through rock, all in the name of reaching the exit with as few casualties as possible. Don’t pretend you didn’t enjoy pressing the nuke button, though, and sending showers of exploded Lemming across your screen.

We couldn’t end this list without a fighting game, and Capcom‘s Street Fighter II is more than worthy of a mention. Paving the for many a copycat, the 2D fighter broke new ground in terms of fighter selection. Whereas the previous installment only featured Ryu and Ken, the sequel offered several choices, including button-masher fave, Blanka and the long-reaching Yogi, Dhalsim.

So there we have it! A selection of some of the finest older titles known to man.

What were your favorite games from the same era? Let us know down below in the comments or carry the discussion over to our Twitter or Facebook.