After a 6-week wait, Apple’s AirPods are finally available to preorder

Apple’s long awaited AirPods are now available for pre-order. Hopefully, you’ll get them in time for the holidays. 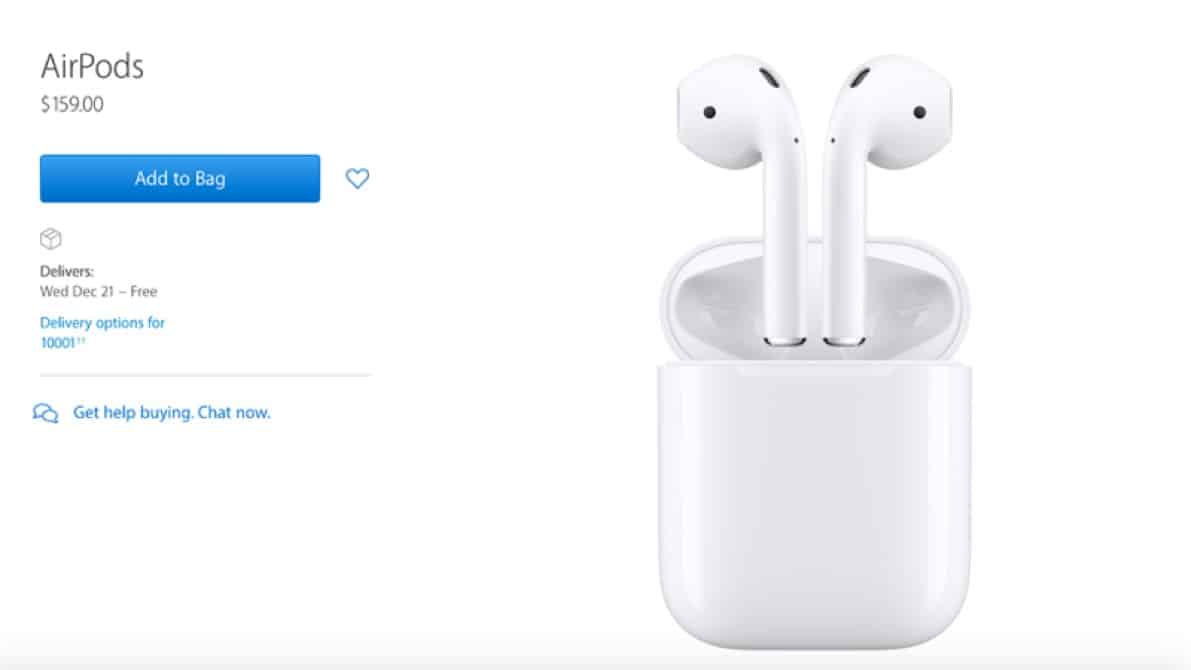 Apple’s long-awaited AirPods are now available for pre-order. Hopefully, you’ll get them in time for the holidays.

Apple’s shit-show of a product release may be finally coming to a close because the company finally announced that its AirPods are finally available to pre-order. This is after a 6-week wait.

The headphones, which cost a ridiculous $159, should be available just in time for Christmas if you order them now. My guess, these suckers are going to sell out fast.

For those out of the loop, Apple’s AirPods were announced back in September along with the iPhone 7. The company promised the headphones would be released in October, but unfortunately, that didn’t happen. The release was pushed back due to the headphones not working properly.

I don’t know about you, but it seems like releasing AirPods this late is a strange decision. If you like them, get them now because as we mentioned before, they’re going to sell out fast. Unfortunately.

Update: Just minutes after AirPods were published on Apple’s website, shipping estimates were pushed from December 21 to December 29 or later. Meaning, if you were hoping to get them before Christmas, it’s probably a safe bet that’s not going to happen.