The last thing we expected to blow up is our laptop, but unfortunately, it happened to this guy’s MacBook Pro and it isn’t pretty. 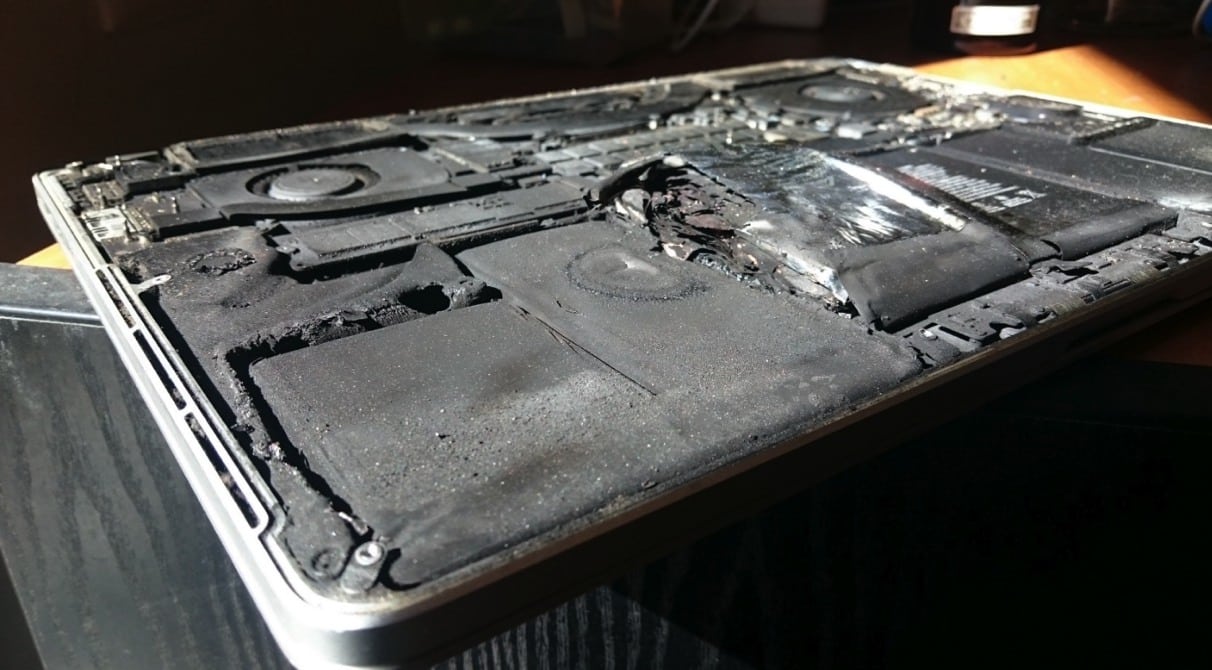 The last thing we expected to blow up is our laptop, but unfortunately, it happened to this guy’s MacBook Pro and it isn’t pretty.

One afternoon as I was lying on my bed browsing the internet, my MacBook Pro suddenly turned off. I turned it back on and within a few seconds there was weird hissing sound, followed by white smoke and thin flames coming out of from the back.

I got up and ran with the laptop for the bathroom where I could put it on the ceramic tiles. Not more than ten seconds had passed and already the heat from the bottom of the laptop burnt my middle and ring fingers so badly I had to let it drop.

There was a bang as I backed away causing the back to pop and smoke kept pouring out. It kept sizzling for a few minutes and then finally it stopped.

The house had filled up with smoke everywhere, the acidic stench of melted plastic made my eyes water.

After I had opened up all the windows in the house and cleared out the smoke, I removed the back plate to observe the damage and hopefully see if the hard disk had survived. The source of the problem (battery pack): The fire melted the entire right side of the motherboard/fans: The battery swelled up about an inch as you can see from the shadow cast on the other battery:

It took almost an hour to cool down as the heat this thing had generated was insane. This was what the backplate looked like afterwards: My fingers blistered and took almost a week to heal. I couldn’t use a keyboard during that time either (which being a programmer was a problem).

After reading up on the matter it seems that lithium batteries can swell, and there have been numerous reports in the past about older MacBook batteries swelling up and catching fire — however with the newer unibody laptops there is no way you can see this swelling happening.

In fact it could be happening to your battery right now.

All I have to say is that I was lucky that I was around when the laptop caught fire.

If you have a MacBook be careful leaving it unattended on the bed, battery fires burn hot and fast with little time to react.

This story originally appeared on Medium.