If you’re looking to beef up your Mario Kart 8 Deluxe Battle Mode skills, we’ve rounded up some of the best tips and tricks to get you started.

Mario Kart is one of the most beloved games in history. Now that’s available on the Nintendo Switch, you can essentially play it everywhere. Mario Kart 8 Deluxe has a full-fledged Battle Mode that makes it even more exciting and challenging. Battle Mode provides numerous options and eight modes to make the game more enjoyable. In this post, we’ll discuss all the tricks that will make you a better player and score as many points as possible. 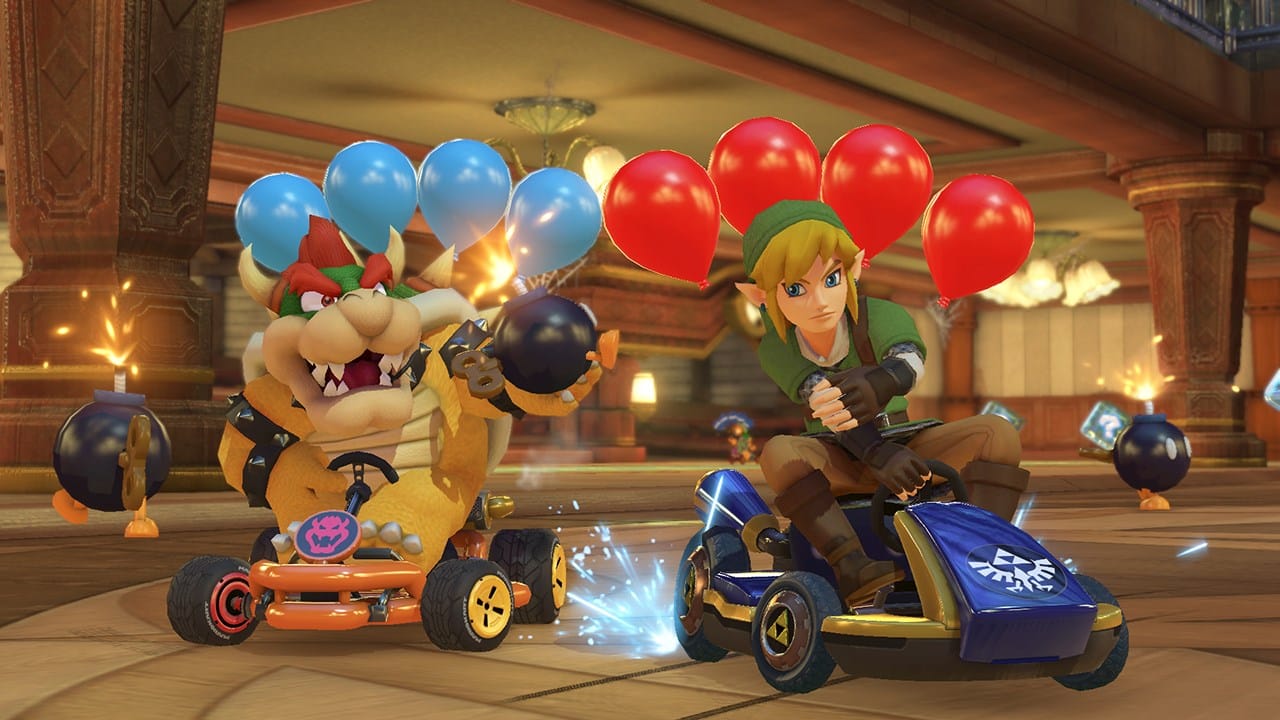 Balloon Battle has been an important part of Mario Kart for years, and now, it has become even more interesting. Some of the rules have been changed in this version, but the basic idea of the Balloon Battle is still the same. It serves as the base of this game, where you will learn about the maps of the game.

This battle involves hitting the opponents with different items such as a shell, ram, or a banana peel. The moment you throw an item to pop a balloon from the opponent’s kart, you’ll earn one point. In the previous version, you’d be eliminated if all of your balloons were popped, but in this one, you are left with three balloons, and your score gets halved.

“The key to the battle mode is that you have to keep moving no matter what.”

You’ll be given five balloons to start with and then, you have to save these balloons and proceed into the game. In a particular map, you’ll find groups of boxes spread around and to keep yourself from being hit, you’ll have to choose a racing motion. Choose wide spaces instead of narrow corridors so that you are safe from being hit. Try to maintain a high ground if you have chosen a multi-floor map like Luigi’s Mansion. If you drive with caution at the start, you’ll be able to play for a long time. To gain more points, drop the banana peels around the perimeter so that other players will hit them while collecting the boxes. Always keep an eye on the map and use the X button to help yourself aim backward. The key to the battle mode is that you have to keep moving no matter what. 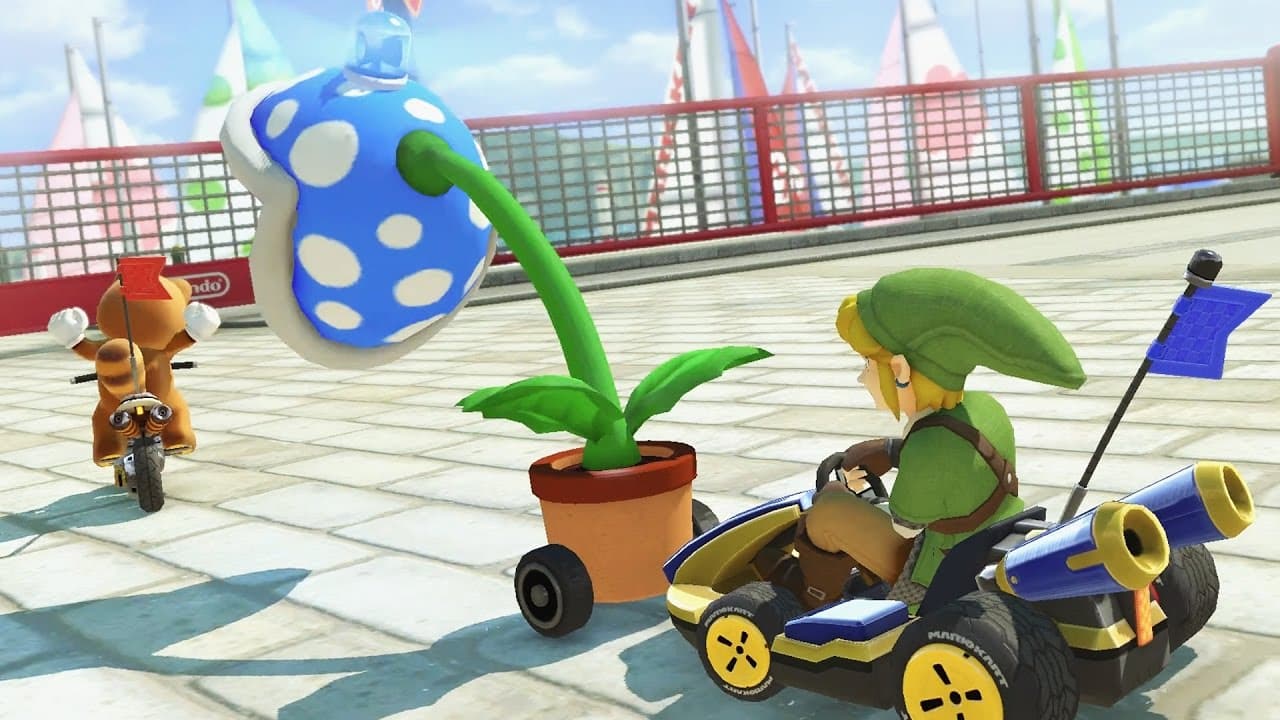 Renegade Roundup is a group-based mode in which one group performs the duty of ‘cops,’ while the other group performs the role of ‘renegades.’ The renegades have to save themselves from being caught by the cops. The cops have piranha plants on their karts that act as handcuffs. If you come in contact with the piranha plant, you are dropped into a cell across the map. You will remain in the hanging cell till one of your teammates come and rescue you by pressing the button below the hanging cell and release you from there. If all the renegades are caught, the cops will win the game and if the time finishes and there is even one robber out of the cage, the renegades will win.

“Avoid running in a straight line and keep on drifting to avoid being caught.”

If you are in the renegade’s team, the key is to keep moving all the time. If you get close to the piranha plant, the cops will easily see you. Avoid running in a straight line and keep on drifting to avoid being caught. If your team members get captured in the cell, try picking up the item boxes. If you are the member of the cops team, try catching your opponents and causing hindrance in their way. 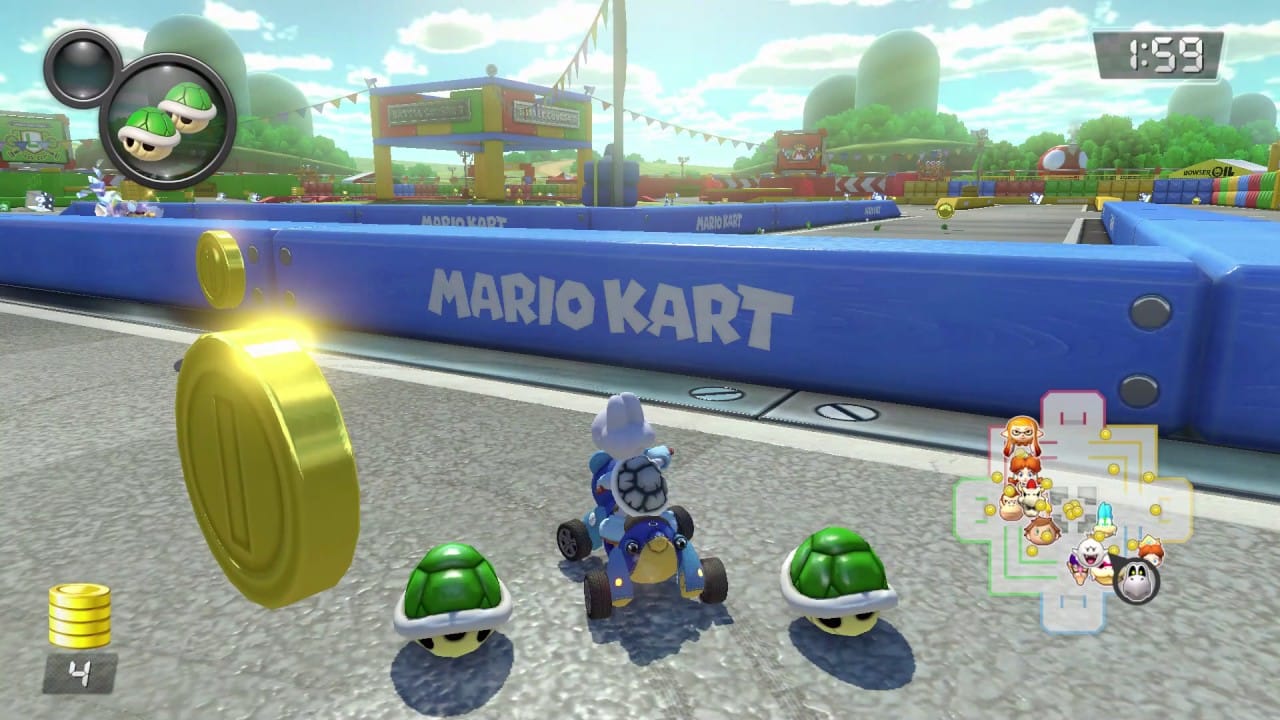 In Coin Runners, you have to collect more coins than your opponents. Your map will show you where to collect the coins. You can also gain coins by hitting your opponents with items. Sometimes, coins appear in the form of strings and if you aren’t coming from the right direction, you won’t be able to collect them. If you are about to miss the coin string, you can press the ‘B’ button and turn at the same time to move your kart around and face the coins. If you notice that your opponents have collected a good fortune, you can hit them to lessen their coin collection. The leader of the game is represented by a crown.

When you are following the large coin areas on the map, be aware that the opponents are also viewing this on the map and they can get there too. If you have collected some mushrooms, save them for the opponents when they are near. If you collide with an opponent while you are using a mushroom, their coins will automatically add to yours. 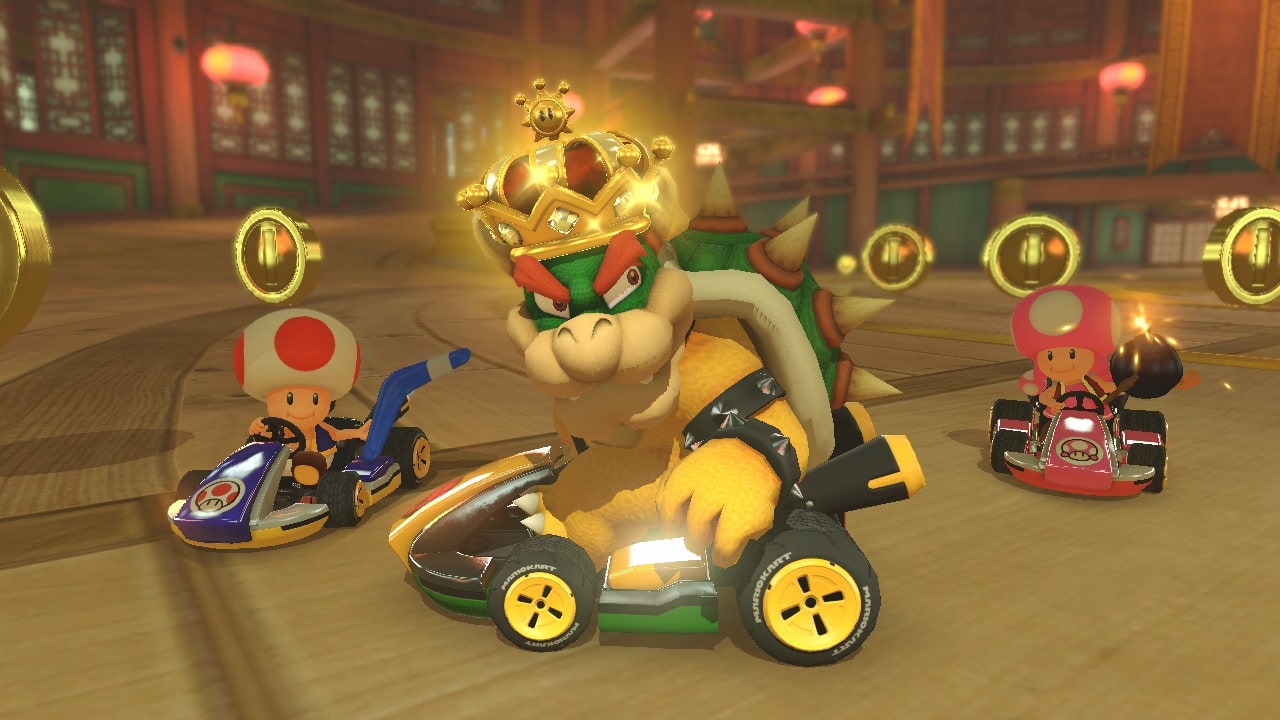 The key to success in this mode is to gather defensive items and save yourself. The defensive items include green shells and banana skins, which are used to defend you by forming a barrier. You have to hold on to the sun for a long time and if you get hit by an opponent, you’ll drop the sun and the opponent will pick it up.

“Don’t waste your time hitting or chasing other drivers and instead, find the one who has the sun.”

When you have missed the sun, you have to pay attention to the opponent who has it and think of getting it back. Don’t waste your time hitting or chasing other drivers and instead, find the one who has the sun. 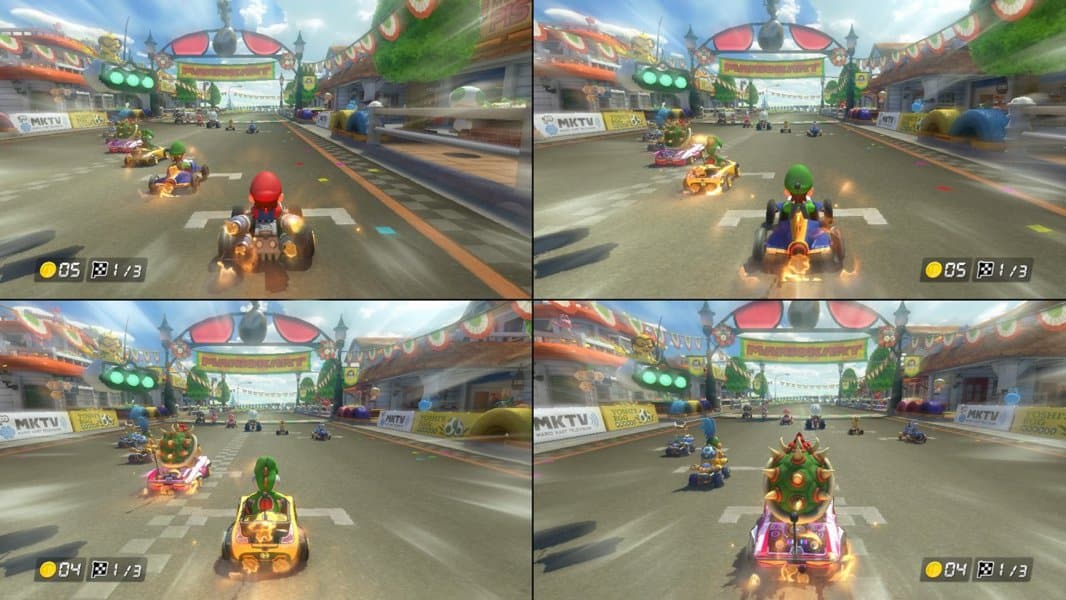 In the Bob-omb blast, every item is a Bob-omb and you are allowed to hold up to 10 explosive items at once. In this mode, the rules are almost the same as they are in the Balloon Battle, except for a few things. You can throw the bombs and even spread them everywhere so that other players run into them and you get points for that. You can throw the bombs in front of you as they can only harm your opponents that are present within the radius. However, a better approach is to drop the bombs quickly behind you near the item boxes. This approach will save your bombs and harm the opponents that come near the item boxes.

Mario Kart 8 Deluxe is one of the best games the Nintendo Switch has to offer. Looking at all the battle modes above just shows you how much potential this game really has.If you haven’t tried it out, we suggest picking up a copy right now if you haven’t already. Others have bought this game in masses and rightfully so, it’s one of our highest reviewed games. Trust us, it’s a lot of fun. Read our full review here.