Medusa II is NextGen’s new take on a winning formula 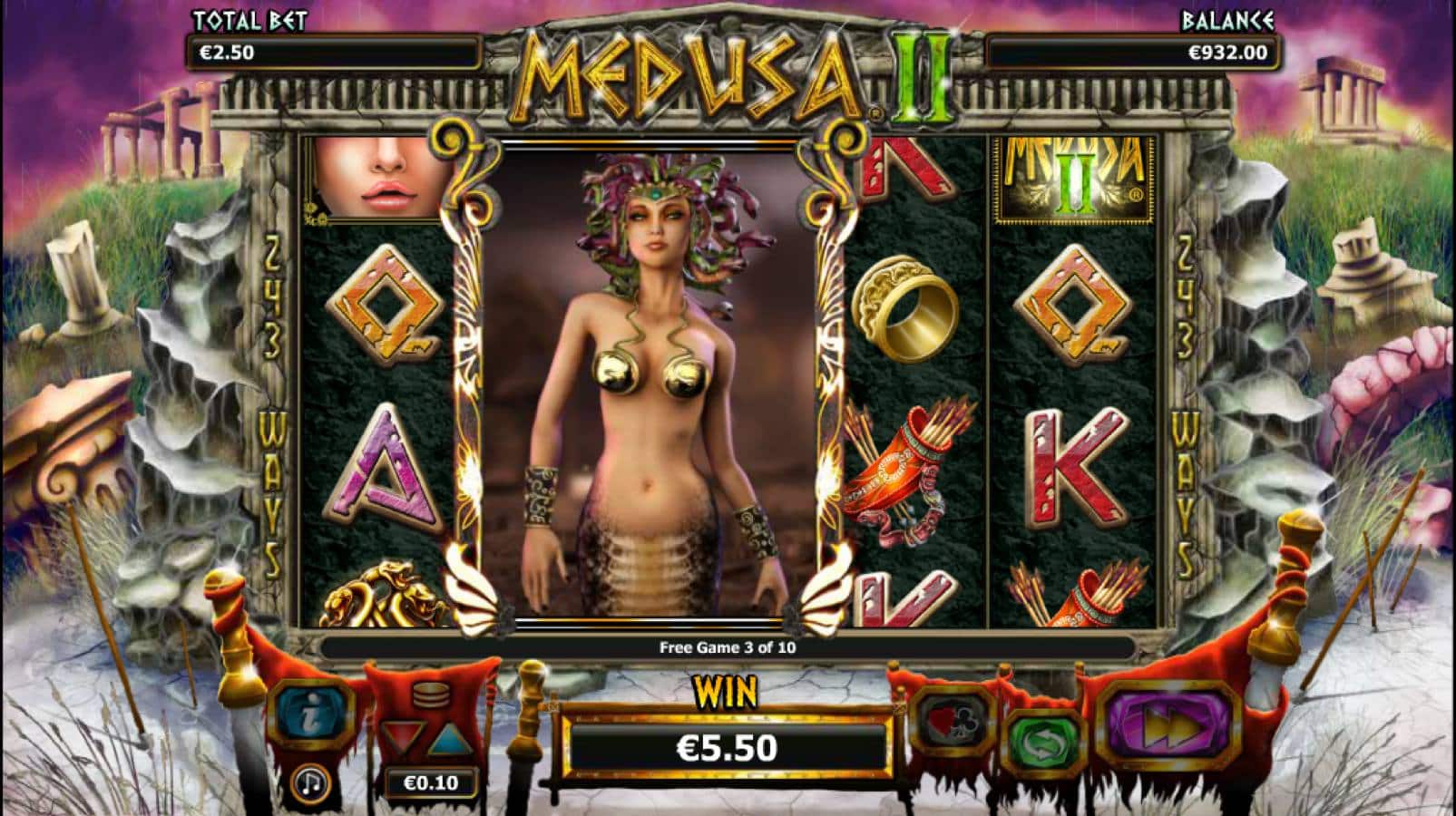 Whether it’s Egypt, Greece or Rome, ancient mythologies and civilizations are a popular and familiar stamping ground for the developers of slots games. The notions of ancient monsters and quests to recover hidden treasure are clearly a great fit for the genre, and this is why games like Tut’s Twister, Eye of Horus and Cleopatra are so enduring.

Medusa certainly ranks among these. We all learned the legend of the lady with snakes in her hair back in our school days, and the game was an immediate hit, appearing in both arcades and online. Today, it remains as popular as ever, but the years are starting to show, and the graphics and overall design is beginning to look dated. The release of Medusa II has brought the game bang up to date.

Before we delve into the mythology and the gameplay, let’s get the fundamentals out of the way. Although gamification has broadened the appeal of slots to the wider gaming community and not just the gamblers, the majority of players still play a slot with the aim of winning some money. Medusa II offers more such opportunities than ever. You can read in detail about the Medusa II slot game on Bitcasino blog, but let’s cover the basics.

Like its predecessor, this is a five-reel game, but now there are an impressive 243 paylines, compared to just 25 on the original version. This addresses what was essentially the only negative comment leveled at the first iteration of Medusa – that payouts were few and far between, leading some to give up and walk away. The increase in paylines keeps gamers engaged, and means the game will be handing out winnings with far more regularity.

Cynics argue that more regular payouts don’t equate to a better chance of winning, and this is absolutely true. Variance and return to player (RTP)are two different concepts. One concerns the amounts that are paid out and how often, while the other is the correlation between how much is paid out for every dollar that goes in. In this case, the RTP has increased from 95.4 percent on Medusa to 97.1 percent, so the increased payouts are genuinely accompanied by a better chance of winning.

As is so often the case with modern slot games, there is more depth to Medusa II than there was with the original game, and this is exemplified by the wide variety of special symbols and features. Let’s run through them:

Medusa II has met with the approval of existing players of the original game and has also won a whole new audience of followers.