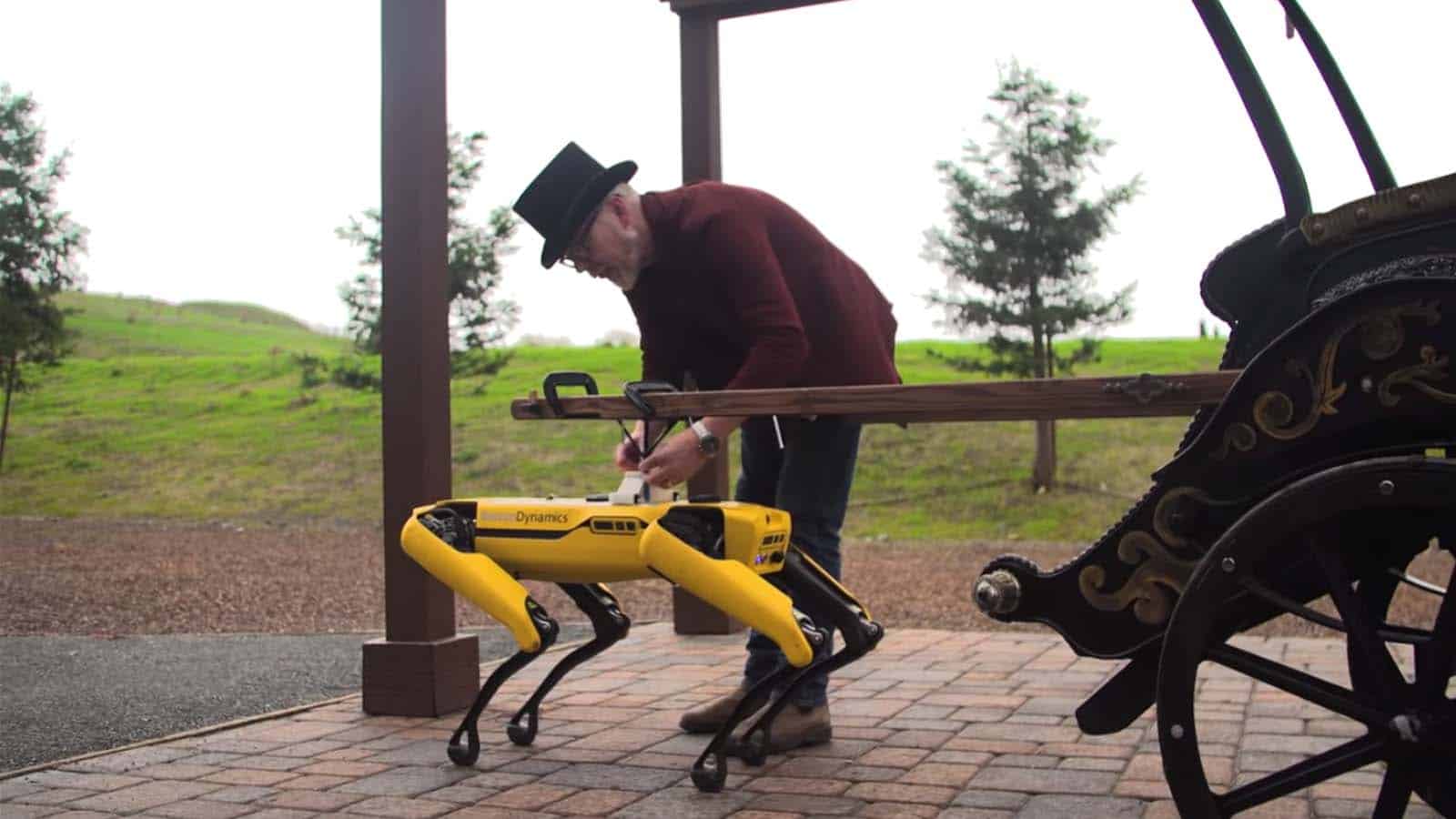 You might know Adam Savage from the hit show Mythbusters, but even though the show has ended he’s not letting his talents for fabrication go to waste. The latest caper? Getting Boston Dynamics’ robodog, Spot, to drive him around in a rickshaw.

And, yes. Adam did make the rickshaw himself, just “thrown together” for the video from odds and ends over a five day period. Man, I’d love his workshop.

Ex-Mythbuster, Adam Savage, taught Boston Dynamics’ ‘Spot’ how to pull him around

It seems that Spot, Boston Dynamics‘ robodog, can do more than just open doors – it can also taxi people around. Adam Savage of ex-Mythbusters fame threw together a steampunk rickshaw for the robotic canine to drag him around on, and it did pretty darn well until the going got tough. Apparently, with all the sensors Spot has, it didn’t know it was pulling extra weight, so didn’t increase its power accordingly.

All joking aside, it’s a pretty cool video, showing how well the expensive robodog adapted to a new task after some tweaking on a laptop. Maybe in the future, rickshaws, plows, and other animal-tugged contraptions will all have their own robotic replacements.

Stay tuned to Adam’s YouTube channel, as this is just the first of what will likely be many zany experiments as he has Spot on a one year loan from Boston Dynamics.

What do you think? Terrified about the inevitable robot war? Let us know down below in the comments or carry the discussion over to our Twitter or Facebook.