Pre-orders are now available for Zelda: Breath of the Wild – Explore’s Edition

Explore even more of Hyrule. 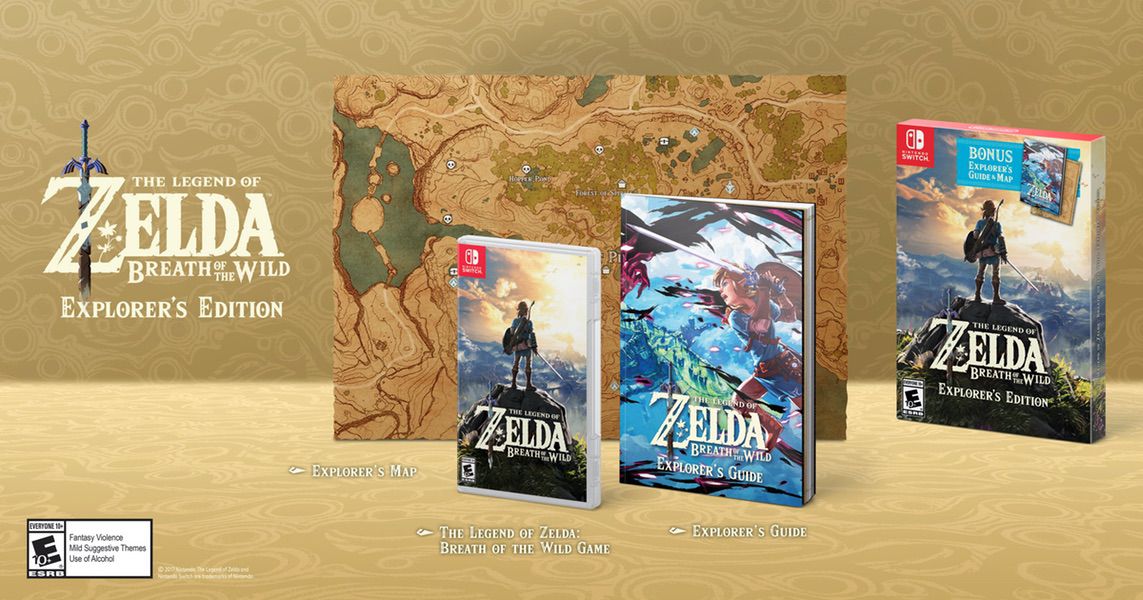 Yesterday, Nintendo announced that they are producing a special edition of Zelda: Breath of the Wild for the holidays. The special edition is called the “Explorer’s Edition” and comes with a copy of the game, an exclusive two-sided map, explorers guide with lore and in-depth in-game story learnings. It is available for pre-order now via Amazon and will cost $59.99. It will be released on November 23.

Alongside the Explorer’s Edition comes another limited edition announcement, this time it’s for a new Legend of Zelda-themed 2DS. The “Link” Edition comes with a copy of The Legend of Zelda: Ocarina of Time 3D pre-installed. The console is “link” green, has yellow face buttons, and a grey joystick. It’s actually a really slick looking handheld. This will be $79.99 and will be released on November 24.

Nintendo has a lot of different holiday-themed systems available, like the Black Friday Pokeball and orange and white 2DS XL systems. Hasn’t Nintendo kicked enough ass this year? According to them, apparently not.