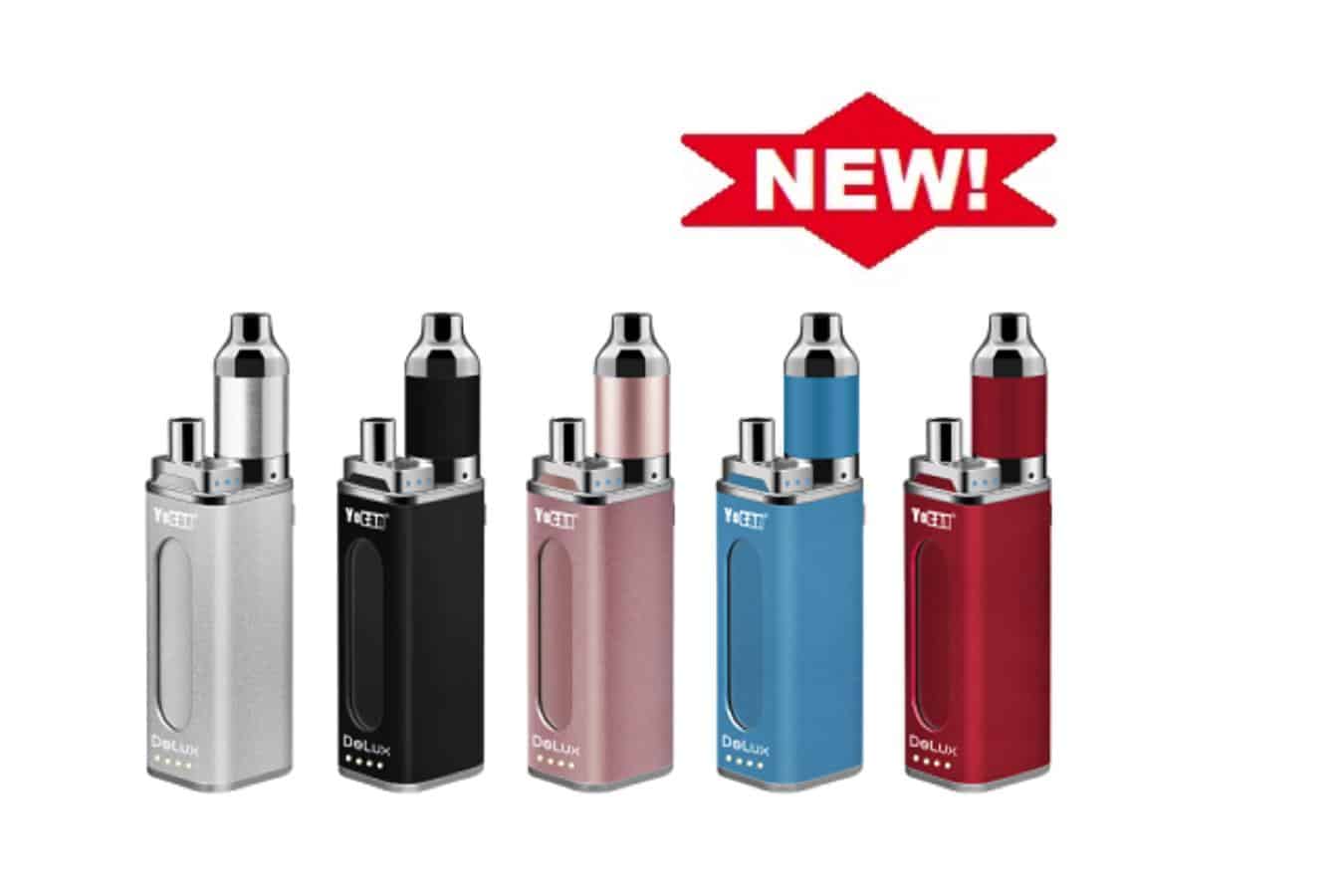 Yocan redefines the 2-in-1 platform with the all-new Yocan DeLux, grabbing not only our curiosity (as well as yours) but also taking a hold of our full attention with their latest offering.

On paper, here’s what the DeLux has to offer.

Also, here’s what you’ll find inside the box.

It’s true that the vaporizer industry has always been (and will always be) a place where innovation is fostered and new ideas are encouraged, which all the more helps improve every platform and vaping niche. While other breakthroughs get their share of yays and nays the first time they’re out, the DeLux from Yocan Vapoirzer received mostly nods of approval and gestures of enthusiasm from actual consumers and end users in online forums and in local vaping circles when Yocan announced the DeLux’s arrival.

We can’t blame them, the DeLux looked like any other vaporizer, yet it felt very different. It gave that familiar feel but it promised something new – and something good. It offered some of the staple features found on both high-end and mediocre wax and/or oil vaporizers. The design is pretty broken and yet it works surprisingly solid.

Why the Yocan DeLux?

We’ve seen heaps of 2-in-1 and even 3-in-1 vaporizers but none of them works like the Yocan DeLux. Most dual-purpose and even multi-purpose vaporizers use interchangeable and replaceable heating elements, others utilize a single atomizer that can accommodate various materials that share the same composition or consistency. Yocan used a different concept and instead got two vaporizers with two separate batteries and two different atomizers and made them work synergistically with one another.

The Yocan DeLux uses two box mods, a smaller 450mAh battery (for oils) and a larger 1500mAh battery for concentrates. The smaller 450mAh battery is outfitted with a top fill cartridge with a ceramic coil and connects to the battery via magnetic couplings while the larger battery uses Yocan’s quartz dual coils which connects to the battery via 510-threaded links. The DeLux concentrate atomizer introduces a new innovation from Yocan and boasts a magnetic connection between the tube and the base which made reloading fairly easy. We’ve found this really helpful especially when you’re vaping on the fly, cutting half the reload time compared to threaded mouthpieces.

In portable vaporizers, battery life is important and nowadays, even replaceable and interchangeable batteries aren’t as practical as they used to be. Yocan knows that even carrying a power bank may not be as convenient as it sounds. That’s why they opted to integrate the power bank in the vaporizer itself. Should the smaller oil box mod run out of power, you can easily charge it by simply sliding it inside the 1500mAh box mod which automatically charges the smaller unit.

Alternatively, both units can be charged separately since each box mods have their own dedicated micro USB ports.

Performance and Ease of Use

As expected from a Yocan unit, the DeLux is fairly straightforward. Five taps from the power button powers it on and tapping the power button thrice when on allows you to cycle through the voltage settings. Keeping track of temperature is also easy and is made simple through the light indicators on the box mods. One might want to see precision temperature control in such an advanced vaporizer like the DeLux, but that may be too much to ask.

The lower temperature levels were practically made for stealth with thin wisps but we’ve found that the flavor was pretty decent. The mid-temp settings were a step up but still yielded barely visible clouds while the higher voltage settings made for warmer vapor with elevated potency. What we’ve noticed is that the Yocan DeLux was more of a flavor chaser’s vaporizer. If you like more visible and heavier cloud production, you’d better be off using Yocan’s Evolve Plus XL which boasts four times the quartz coils. The Yocan DeLux is made for a more low-key experience.

Ultimately, we loved the design and the concept used in the Yocan DeLux. One thing to take note of is that for extract connoisseurs, flavor, as well as purity, is imperative. And, having separate atomizers ensure that the materials you use won’t end up in the mix. Strain-specific concentrates and essential oils remain pure and are preserved faithfully since you won’t have to put different materials in a single atomizer. Furthermore, the Yocan DeLuxe made for a more social vaporizer allowing you to share the experience with a friend since the DeLuxe has two independent box mods.

If you’re interested in Yocan’s newest vaporizer, make sure to check out Yocan DeLux by yocanvaporizer.com and get the best deals on Yocan DeLux and other Yocan products.