Do you know which smartphone myths are true and which are false? The infographic below should help set things straight. 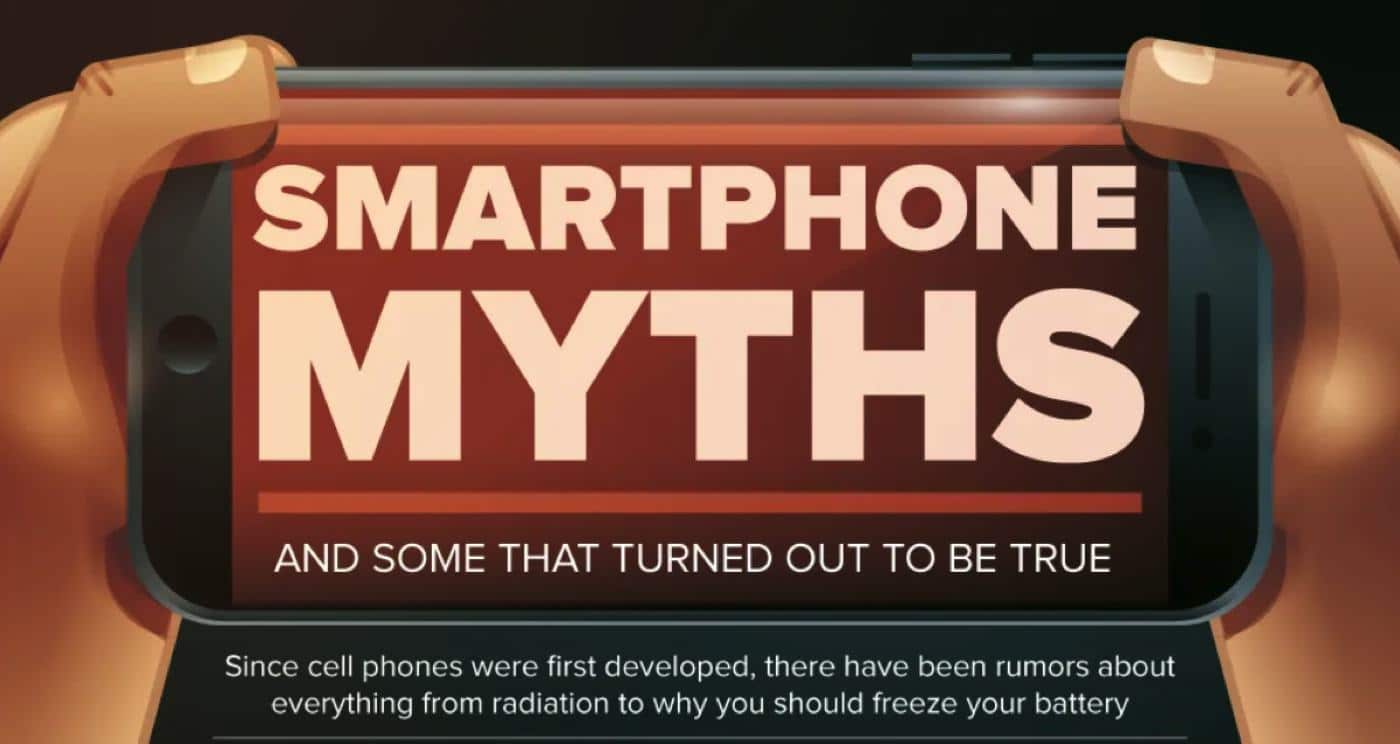 If someone told you smartphones have only been around a little over a decade would you believe it? These days it seems that everyone has a smartphone, even kids can’t seem to get through a school day without one. Along with this technology comes a bunch of myths and urban legends – and some rumors that turn out to be true or at least once were. Do you know which smartphone facts are true and which are false?

One of the most common myths is that you should put your phone into a bag of rice when it gets dunked in water. As much as we want home remedies such as this one to be true, it’s just not. Rice can only absorb water it comes in direct contact with, and the starches in the rice can actually worsen your problems. If you accidentally dunk your phone, seal it in a bag with an artificial desiccate.

There are several myths about batteries, from battery memory to freezing your phone to fix your battery. Some of these myths are based on the realities of older technology – older batteries could develop memory, so charging and draining fully were once highly recommended, but the technology has since changed. As for freezing, it can only cause damage.

Learn more about smartphone myths and facts in the handy infographic below!

Have any thoughts on this? Is there anything here that surprised you? Let us know down below in the comments or carry the discussion over to our Twitter or Facebook.