Is social media playing with our emotions

Ask yourself: Is social media playing with your emotions? 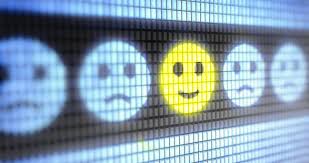 We’ve all heard the stories of a rogue Tweet or Facebook status update getting back to our employers in an unflattering way. Not so fun to have your own updates used against you, is it? But what if I were to tell you that our social media updates are also being used as predictive data of our emotional state?

Every day millions of Tweets and Facebook status updates go out, and this is becoming a virtual gold mine for computer scientists and psychologists alike. It’s free, it’s real time, and it’s plentiful.m What are they looking for, you ask? Your political, religious and sexual orientation, even your IQ are all fair game, but perhaps even more disturbing is the vast insight into our emotions these platforms provide.

Take the recent trial in Ferguson, for example. What would you expect the Tweets to be like after the decision was released? Could it be used as a means of predicting the likelihood of the occurrence of a riot? And it’s not just scientists who are mining for data, but the platforms itself.

Back in 2012, Facebook conducted a psychological study of 700,000 of its members to understand their reaction to a change in their news feed algorithm, unbeknownst to them. The researchers wanted to see if the number of positive or negative words in messages the users read determined whether they then posted positive or negative content in their status updates.

Think about your reactions when you see something positive or negative on your newsfeed – does it alter your behavior? It does for me. The practical applications from a scientist’s point of view are endless, but from a moral standpoint, is it ethical?

So be careful what you post on social media – you’re being watched.

David Schneider is the cofounder of NinjaOutreach, an innovative new Blogger Outreach software for marketers. He enjoys travel and writes about business and entrepreneurship at SelfMadeBusinessman. He can be found on Twitter and Facebook.