Ever wonder what would happen if you attached a GoPro to a bottle of booze? Well this wedding party tried it out and the results are amazing 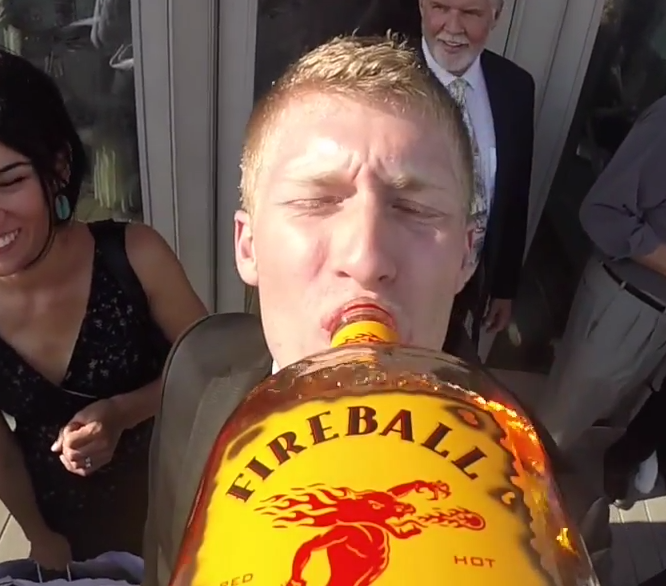 [alert-note]UPDATE: For some reason or another, the video was made private by the owner. Scroll below for a GIF of the video[/alert-note]

What’s the quick and fastest way to get a party started?

It’s also great for making you feel like a bag of blood and hair the next morning.

Seriously, this stuff is no joke. It has the deceiving flavor of cinnamon, the same way Big Red chewing gum tastes like. It’s delicious, but it’s a sure bet to get you a front row seat at the porcelain alter, begging for mercy from the porcelain gods, and that’s on a good night.

This alcohol-fueled bender of a video was made by James C, who lives in Chicago. The video was a wedding gift for his now married friends Brian and Alive, according to his YouTube Page.

In the end, seems like James had the best gift of the night, it just keeps on giving!

Want the brutal truth? This new website will give it to you for $10 bucks
Reddit’s self promotion rules has Redditors up in arms……again.