The Mac audio converter and DRM remover you absolutely need

Digital rights management, typically abbreviated as DRM, is utilized as a way to prevent the spread of or usage of files beyond a certain boundary. It is used in software such as iTunes to hinder users from listening to or watching material on non-Apple devices. This has made it an annoyance among many and paved the way for DRM removal software.

While doubling as a universal audio converter, DRmare Audio Converter is one such software. It allows you to remove copy protection from files in iTunes so that you can listen to your favorite music and audiobooks, as well as watch your favorite movies from any platform. With just a click of a button or two, you can remove DRM from iTunes and transform any audio file from one format to another. 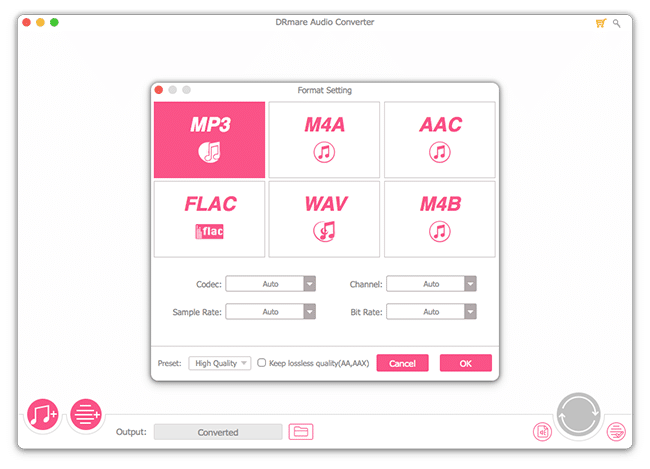 A centerpiece of DRmare M4V Converter for Mac is its simple and user-friendly interface. Learning the mechanics of the software is as rapid and rudimentary as it gets. The process is straightforward, and it is almost impossible to distinguish the newly converted file from the original as there is practically no quality loss in the conversion process. The more technically inclined can also alter sample rate, bit rate, and the channel before conversion.

Audio conversion via Tuneskit is simple: you add files that you wish to convert on the tray by either dragging the file to the tray or clicking the “Add Files” (middle on the top) button. As DRmare M4V Converter for Mac is built to be entwined with iTunes, you can also load your iTunes library via the button to the left of “Add Files” for convenience. After doing so, you can select a format you would like the files to  on the bottom left and the press the “Convert” button on the bottom right to start the process. This function can be utilized to remove DRM simultaneously as well as to convert the file to the format you want. Once that is finished, the converted files transfer to the folder you have designated in “Output” and will also appear in the “Converted” tab located to the right of “Add Files.” 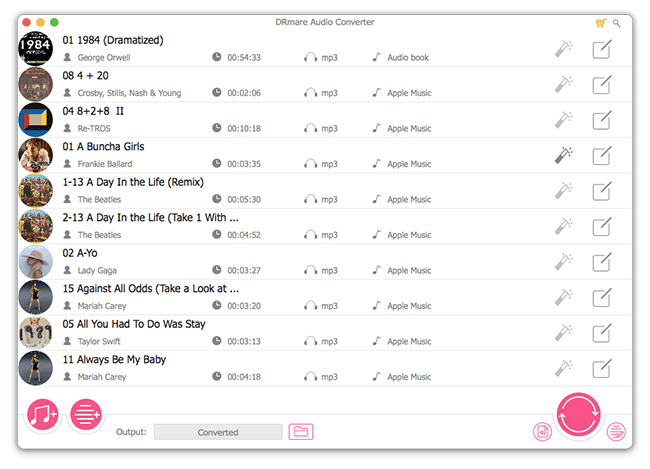 To complement the interface are three buttons that appear at the right of each file you’ve added: “Effect” to alter volume, speed, and pitch, “Edit” to allow you to split the file into different segments upon conversion on the “Split” subtab as well as alter basic information about the file and add comments on the “Tabs” subtab, and a red “X” to remove a file you’ve added.

With just a paragraph and a short follow up, you have already learned all the necessities on DRmare. Once you’ve hit “Convert” you will find that the conversion process is incredibly fast. In fact, conversion of one file may even happen faster than you can blink.

DRmare Audio Converter is a tool that offers the best in terms of DRM removal software and Audio Converter for Mac. One can get a free trial for DRmare M4V Converter by clicking the link above or by visiting the DRmare site at https://www.drmare.com.