theVRkit turns your smartphone into a full 360-degree camera

Easy to set up, easy to use, what’s not to like?

Okay, I’ll admit I’m the first to roll my eyes at anything that mentions VR. The technology just isn’t there for headsets and I get vertigo. That said, the technology is cool. Images created by it are cool. I believe it’ll get there one day, just today isn’t that day.

All of that said, I really like this gadget from theVRkit. It turns your smartphone into a 360-degree camera that creates 32mp spherical photographs. That’s cool, being able to look at a photo rotate things so you see what’s behind the camera. Or to the side of it. Or, well, you get the idea. Consumer products in this sphere are underpowered, with an average photo size created of only 15mp. Professional cameras such as the Panono create 108mp images, but they’re super costly. So theVRkit is not only budget friendly at $99, but it leverages the already good optics that most people carry around in their pocket. 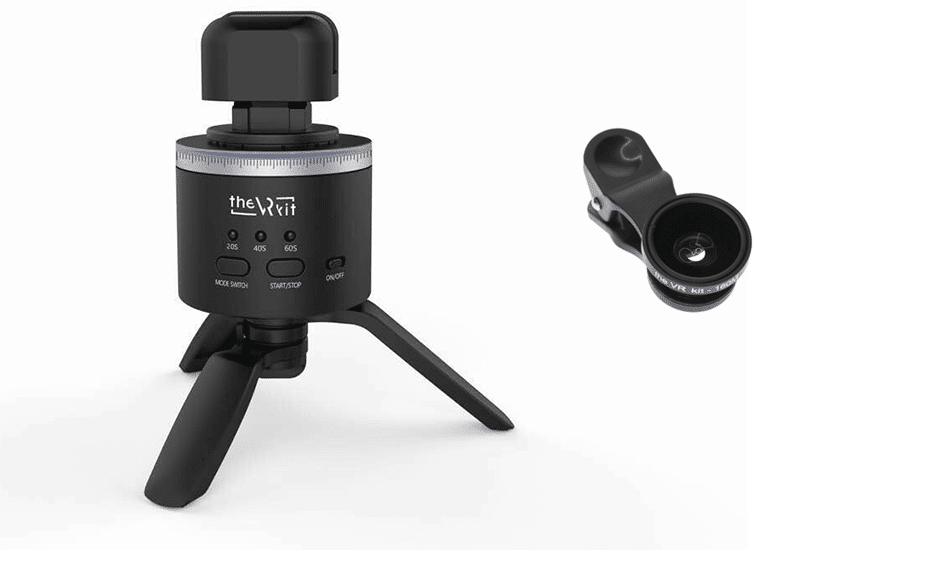 The kit is comprised of a motorized tripod to mount your smartphone on, a clip-on lens to get the field of view needed to create the 360 images, and an app (available on Android and iOS) to shoot and stitch the final images together. Just connect them all together and press record, and you’ll be making 360-degree images in no time.

They’ve recently added the ability to shoot HDR images into the app, as well. This would be more exciting if smartphones didn’t already shoot in HDR but it’s nice to have, especially if you have an older handset that isn’t HDR.

If this looks like your kind of thing, theVRkit have kindly provided KnowTechie readers with a $5 off code on their first purchase. Use code 24W5SP18 at checkout. Worldwide shipping is free.