Trombone Champ combines trombones and tons of baboons for an absurd experience. 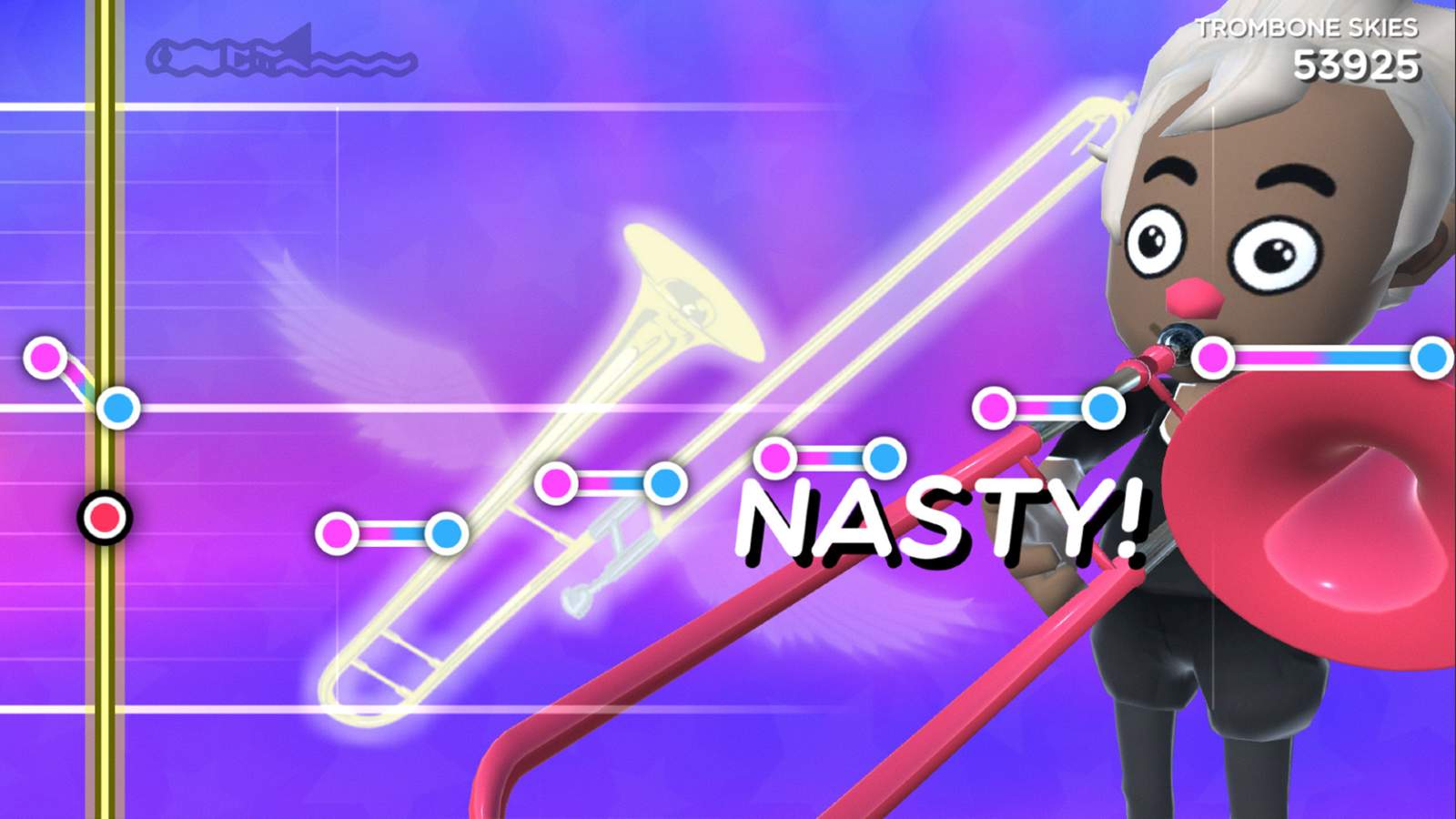 A new rhythm game has taken the social media world by storm just a week after it was officially released on Steam. Trombone Champ is a rhythm game that inserts a boisterous trombone into classic songs where it may not fit very well.

Trombone Champ is a game similar to the classic Guitar Hero games from my childhood. Music notes move across the screen, and you use your mouse and keyboard to match the notes as they come.

But Trombone Champ differs from other rhythm games because it doesn’t take itself seriously. Like, at all. Just check out this rendition of Stars and Stripes Forever:

The game chooses classic songs generally performed by an orchestra, but you don’t have an orchestra backing you up in Trombone Champ. It’s just you and your trombone.

Some gamers are bringing back their skills from high school band classes to conquer this new title.

But there’s more to Trombone Champ than cheesy renditions of famous anthems. The game features its own story, filled with trombone lore and songs about baboons.

Yes, baboons. We don’t know the connection between baboons and trombones, but who are we to judge Trombone Champ’s direction?

As you play, you’ll unlock 50 unique Tromboner (yes, I said boner) cards each with their own flavor. You can get new trombones, unique trombone facts, and 20 songs with more on the way.

And it turns out you’re not limited to keyboard and mouse controls when playing Trombone Champ. One user found out you could use the Steam Deck’s gyro controls. I bet that’s not at all extremely clunky and frustrating…

Of course, the logical next step is for someone to create their own trombone controller. And who would play the game with a boring old trombone that they didn’t make themselves?

Trombone Champ might just be the revolutionary title that we never expected this year. Stand aside, Elden Ring, 2022 is Trombone Champ’s.

If you’re looking to give Trombone Champ’s a go for yourself, it’s available right now on Steam for $14.99.

Who knows how many hours you could spend perfecting your trombone solos as you unlock new trombone and baboon lore?