Google Calendar for iPhone – a day late, a dollar short 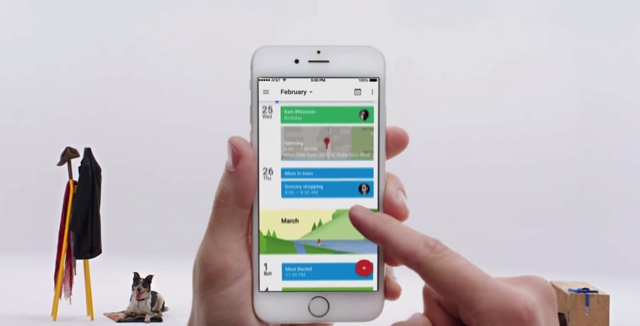 In a surprising and somewhat belated move, Apple has finally launched Google Calendar for iPhone. The announcement was made earlier today in light of previous tensions between the two technological giants which has seen them in rigorous negotiations over default search engine rights on relevant Apple devices.

The app, which has been made available for Android (last November) and Apple devices, is a latecomer to the automated calendar game, after Microsoft launched their calendar as a function of Cortana over a year ago. Given the relative success Microsoft has had with their OS for mobile devices, it is hard to see how Apple and Google users can get excited about a piece of technology that has been out on the market in various forms for months and probably doesn’t hold much in the way of improvements.

Despite the “new factor” of this app, it is worth noting that Apple and Google still require reliance on apps whereas Microsoft has made their automated calendar system part of the OS. That being said, there are many benefits this app stands to provide to users.

The new iPhone Calendar app provides a useful automated dating system which will retain chronological order of your appointments and suggest local events based on the information it gathers from your email inbox. The system provides visual cues to help you differentiate between different calendar events with icons related to specific themes or categories. Color-coordination and simplicity seem to be the codewords of the day, with blocky, basic text and coloring patterns.

In other words, this app doesn’t set the bar for beauty, but it is solid and functional. And long overdue.

It is remarkably similar to the Android version released last November, however, and the similarities have most Apple users a little bit let down over Apple’s failure to produce something ground-breaking and revolutionary – a trend that should be extremely concerning to the technology powerhouse.

On the flipside, Google has made some significant strides with this app. Google Calendar provides extra functionality to G-mail users who can upload their contacts for easy event creation and it is connected with local Google search algorithms for event suggestions based on keywords in your email. For the first time in a long time, Google has taken a step forward (albeit a small one) in relation to a competitor on the market.

That being said, Apple’s recent partnership with HBO and their likely detachment from the Google franchise in the next month or so is set to rock the search engine giant to the core. A simple automated calendar app is unlikely to make a significant difference in that setting.