Sure, the Atman Mantis isn’t a vape, but it sure offers a simple alternative to it. 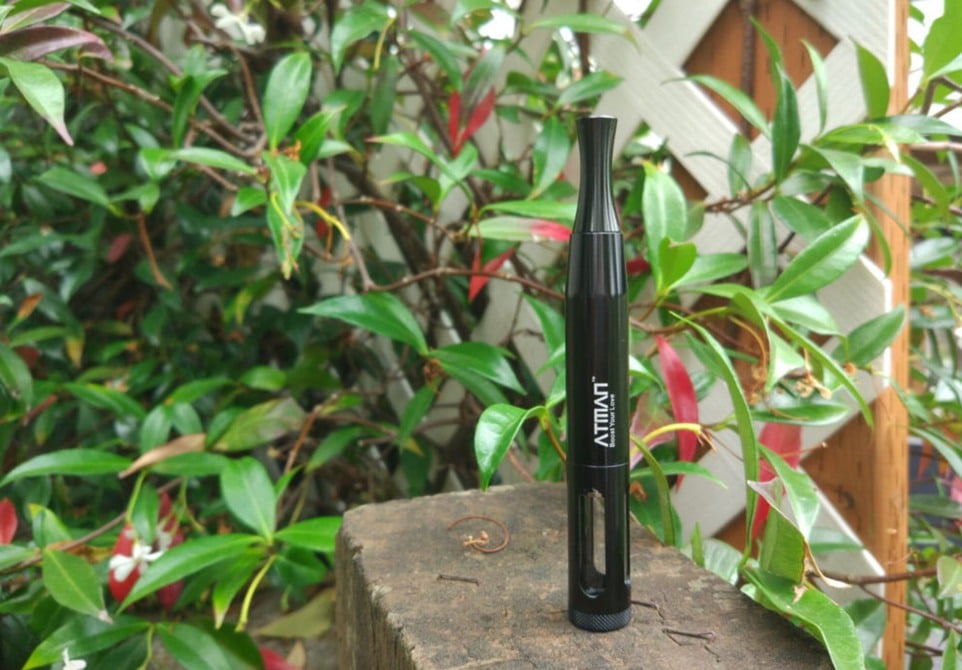 The Atman Mantis is a spring-loaded pipe that comes apart into eight pieces for cleaning. Deeply metallic and mechanical-looking, it has an ineffable “Sherlock Holmes of the future” quality to it, boasting curves reminiscent of some kind of sports car. If you thought the pipe couldn’t be reinvented, it surely has been.

Sleek and shiny, the pipe’s bottom third unscrews to be filled with your smoking material of choice. Once it’s loaded, you can depress the mouthpiece to actuate a plunger that re-compacts your material so you’re not constantly having to unscrew and repack. Furthermore, it can push out the leftover ash after you smoke. It’s a concept that would do MacGyver proud.

Even though the Mantis can be broken down into eight pieces for cleaning, it remains entirely intuitive to put it back together. And because it comes apart so thoroughly, it’s much more cleanable than you might think.

The Mantis works best when it is about two-thirds full. Holding a match or lighter to the bottom and inhaling is all it takes to make this mechanical wonder spring to life. It’s a pipe, it’s easy!

At $20, this device presents itself as a thoroughly novel and affordable smoking apparatus. Just be aware that you’re getting a pipe, not a vaporizer. Rather than skipping smoke, the Mantis is entirely smoke.