This tiny robot can probably lift more weight than you

Stanford lab has been busy building a series of super-strong robots, all of which are based around adhesive feet inspired by geckos. 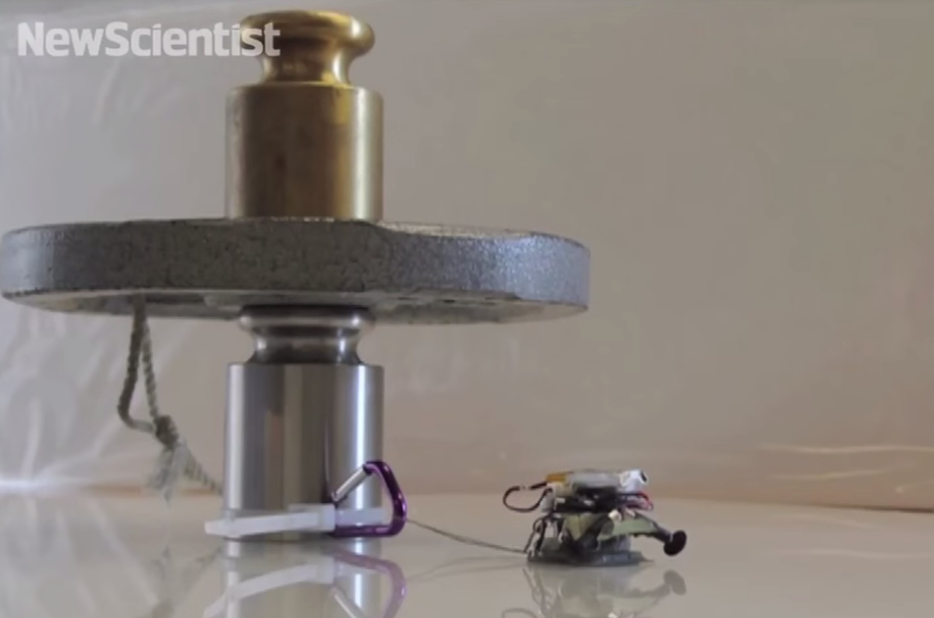 Do you even lift, bro? This tiny robot does, and it can probably lift more weight than you ever could, scrub. Developed by a team of scientists from Stanford who are working on a variety of other weight-wielding robots, including this one which is able to lug 52 pounds.

Well, it should probably be worth noting that this little guy only weighs less than half an ounce. That’s essentially the equivalent of you pulling 4 tour buses around if you want to compare apples to apples. So, my statement stands, scrub.

What’s the secret? Little adhesive feet – we can thank geckos for that. According to a report from New Scientist, here’s how it works:

The adhesives are covered in minute rubber spikes that grip firmly onto the wall as the robot climbs. When pressure is applied, the spikes bend, increasing their surface area and thus their stickiness. When the robot picks its foot back up, the spikes straighten out again and detach easily.

Is this something you should expect to see scaling up a big building anytime soon? Probably not, but that’s the goal.