A comparison of the Philip Morris IQOS and the PAX3 vaporizer

Philip Morris, one of the biggest names in tobacco just released a hybrid vaporizer for cigarettes. Here’s how it stacks up against the Pax 3. 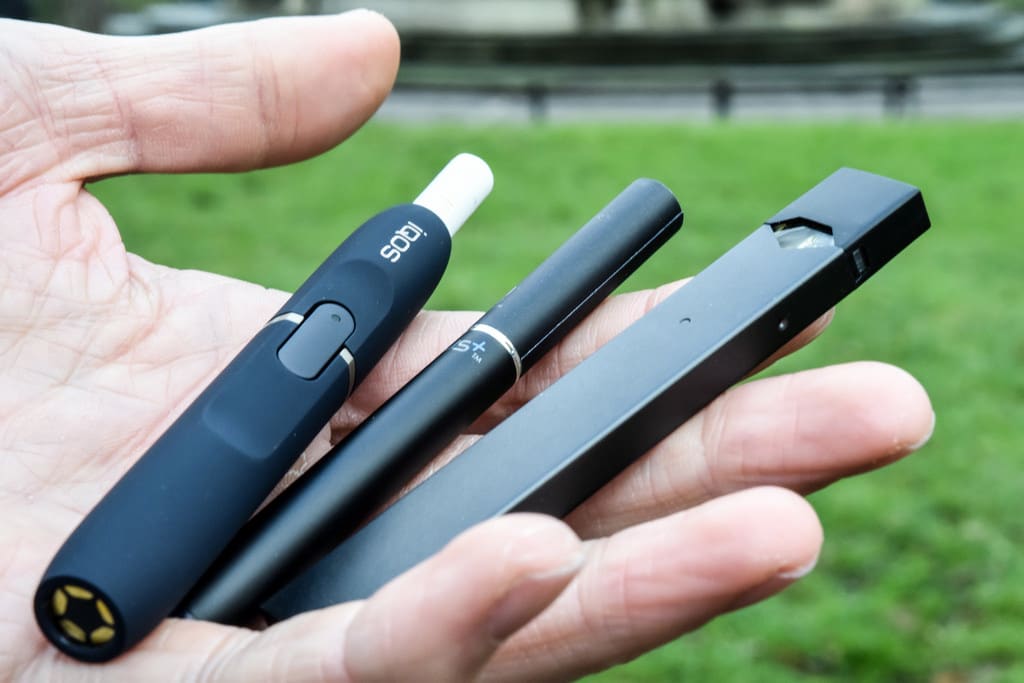 Big Tobacco is starting to come out with their own products to compete with the vaping industry. Naturally, their focus is not on e-juice but on safer ways to package and consume tobacco that lets them attract vapers while still making money off of their tobacco fields. So-called “Heat-Not-Burn” technology is getting a lot of buzz from traditional cigarette manufacturers. One of the newest entries in this field is the iQOS, released by PMI. Does it work as well as a top of the line vaping system like the PAX 3? Let’s find out.

HNB devices use a combination of dry tobacco, vegetable glycerine, and other ingredients packed into special sticks similar in size and shape to a traditional cigarette. These sticks are placed into a special heater which brings the mix to a certain temperature which, according to the manufacturer’s, allows the user to get nicotine and the pleasure of smoking with far fewer byproducts.

While the iQOS has been selling very well in the UK and Japan, regulatory approval hasn’t passed here yet. PMI is trying to get their product to be classified as a modified risk tobacco product, the first such qualification. Assuming they can get approval, expect to see the product rolled out to a convenience store near you. 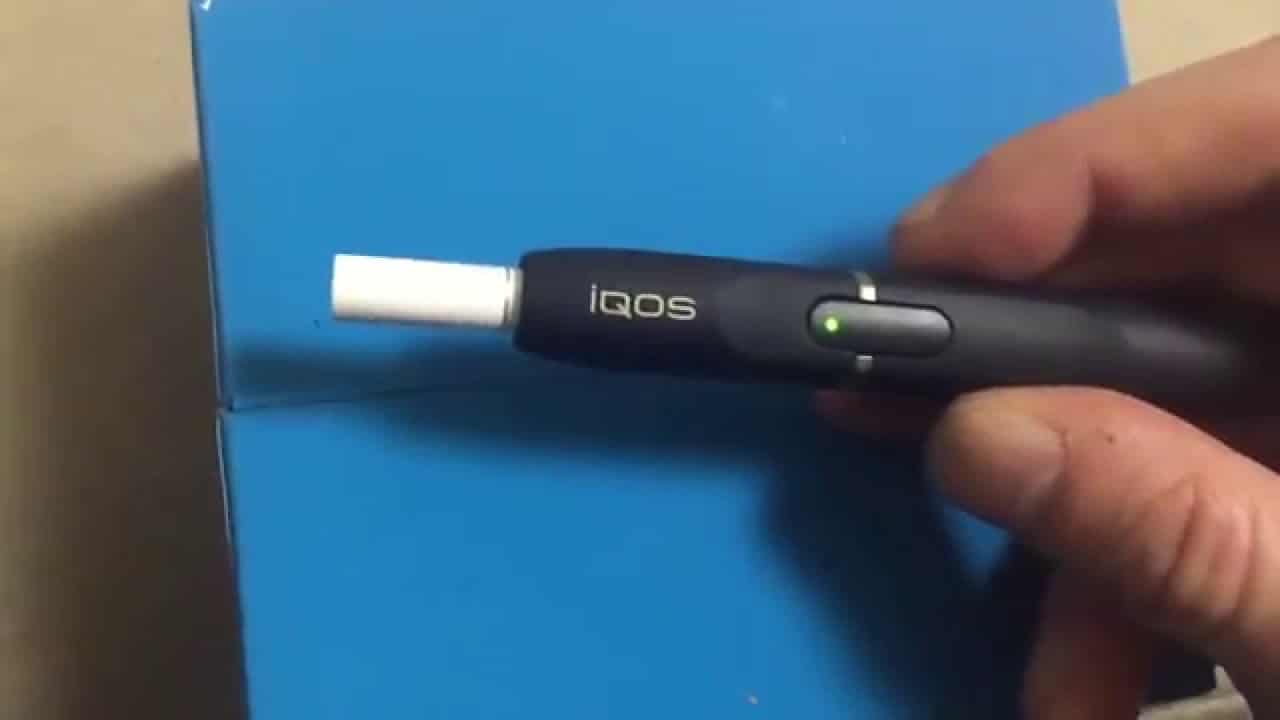 The device is solidly aimed at smokers, not vapers. The design and feel of the device try to mimic the weight and feel of using a traditional cigarette. The only thing the user has to do is insert a cartridge, known as a HEAT stick, into the holder and press a button. When the button stops flashing, the user can take around a dozen puffs before it needs replacing. Other than this short wait and the need to charge the device every so often, it’s much like a traditional cigarette.

HEAT stick flavors are currently restricted to similar tobacco blends that are used in PMI-brand cigarettes. No mixing your own flavors here. The iQOS is trying to put some of the benefits of vaping into the hands of traditional smokers while still letting big tobacco control the product, and thus the IP and the profit. 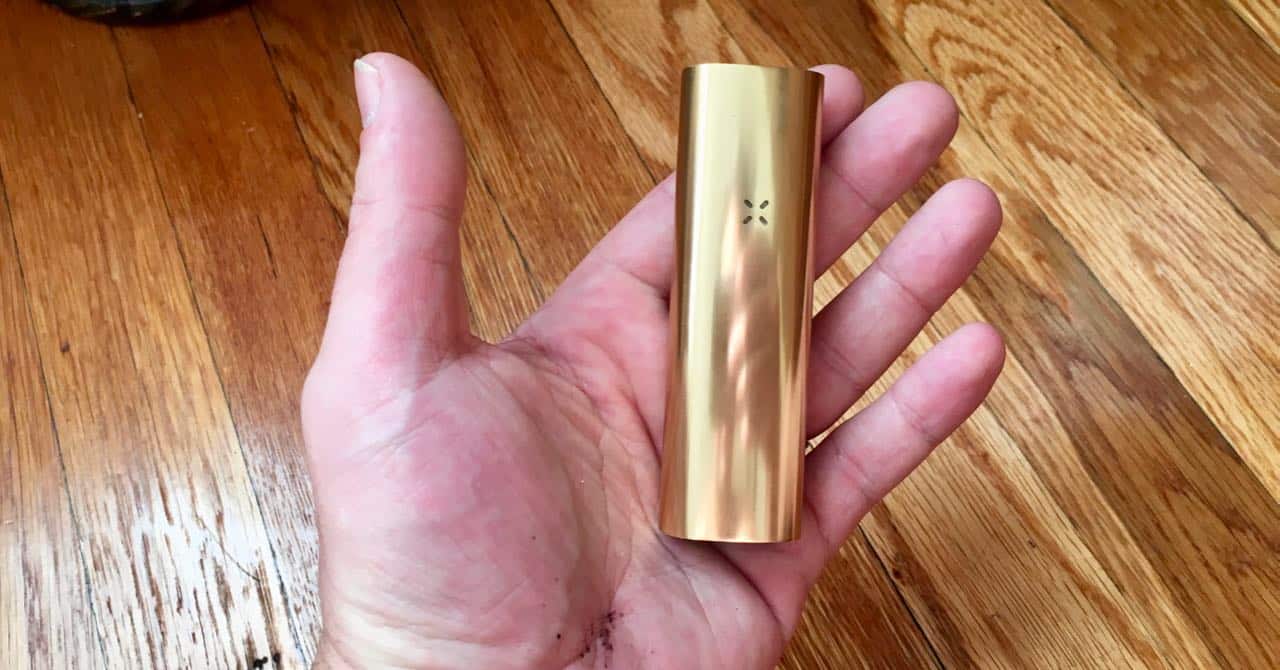 The PAX 3, on the other hand, is made for vapers, by vapers. It is a luxury car compared the iQOS and has a much higher price point and a higher learning curve. The PAX 3 was designed for dry herb and extract users.

The biggest difference between the two devices is the amount of control you have with a PAX 3 over an iQOS. With the PAX 3, you can vape whatever you like in any form you like with only a little tweaking. You can set your temperature to whichever point works best for your product. It even comes with a smartphone app to let you set burning profiles or set the exact temperature. Smokers don’t have to worry about the nuances of temperature like vapers do, but for those who deeply care about such things will appreciate it.

One advantage that the iQOS does have over the PAX 3 is the lack of a need to clean it. Dry herb vaporizers require cleaning every so often to get a complete burn and keep the unit in good order. The cleaning process takes a while, though it is fairly easy. The casual smoker likely won’t want to clean their device weekly.

A good comparison would be to rolling your own cigarettes versus buying your own. Rollers have the same kind of flexibility as high-end vapers do, but it takes time and skill to do it right. The first few (dozen) cigarettes may not burn well or hold their shape. Similarly, vapers have to tweak their devices just right for their type of smoking. For the smoker that just wants a hit of nicotine, they might prefer the easier-to-use HNB devices.

Michael is a marketing and creative content specialist at GotVape.com with primary focus on customer satisfaction. Technology and fitness combined healthy lifestyle obsession are his main talking points