Android is pissing all over Apple in Google Maps 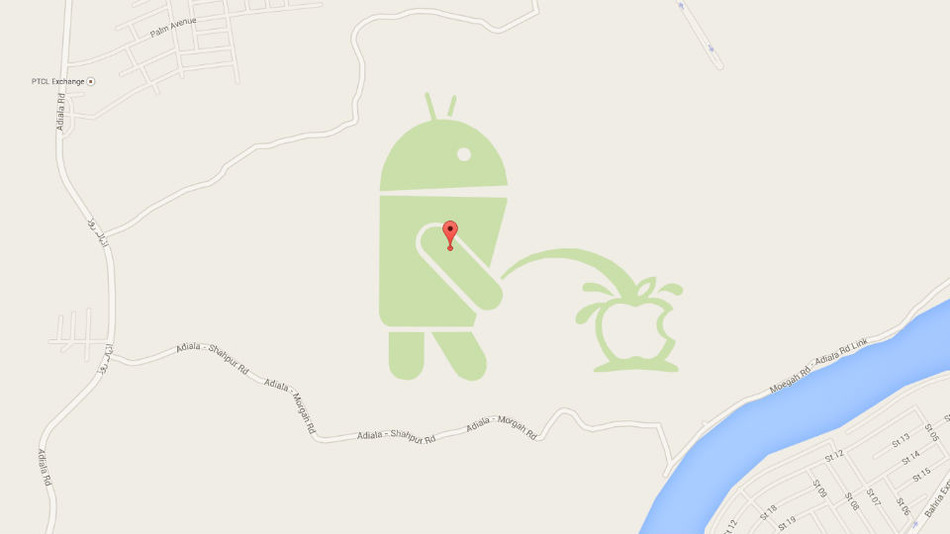 Seems like everything these days is just one big pissing match, especially when it comes to Android and iOS. With the flood of Apple Watch headlines in the past couple of weeks, it’s no surprise to see Android fanboys sitting in the corner pouting and stomping their feet like big, stupid babies.

A Hacker News user recently discovered in Google Maps an unmistakably Android mascot pissing all over an Apple logo somewhere in the Pakastini town of Rawalpindi. However, this can only be seen in map view as opposed to satellite view.

If your first reaction is to blame this on a Google employee, save the lynch the mob for another time. This is likely the result of a user abusing Google’s Map Maker.

In a statement made to Mashable, Google had this to say about the matter:

“Even though edits are moderated, occasionally the odd inaccurate or cheeky edit may slip through our system. We’ve been made aware of the issue and are working on getting it removed.”

Although Google says their on top of their game when it comes to moderating user submissions, something always seems to slip through the cracks. My case in point: 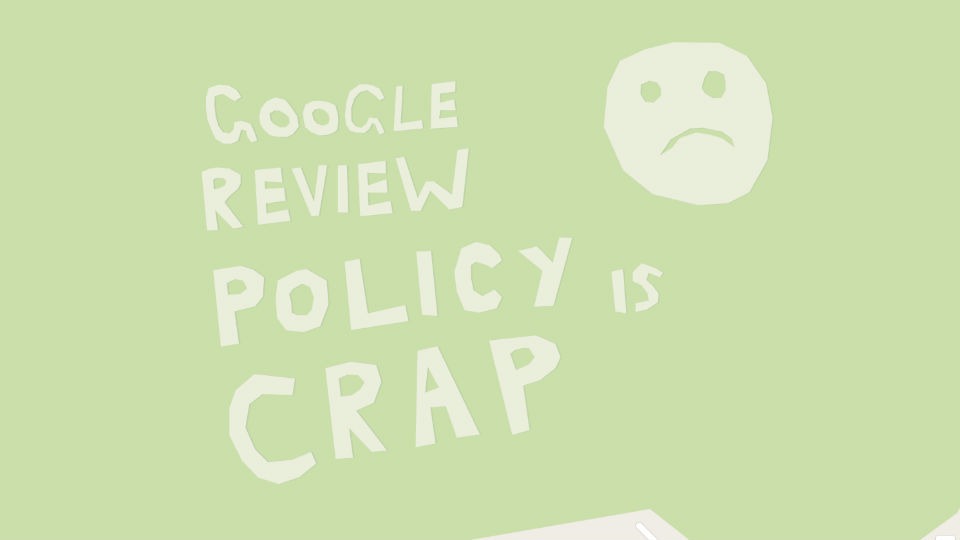 UPDATE: Google has taken down the image and apologized for the incident.