These power stations can ensure you maintain power, even during sever outages. 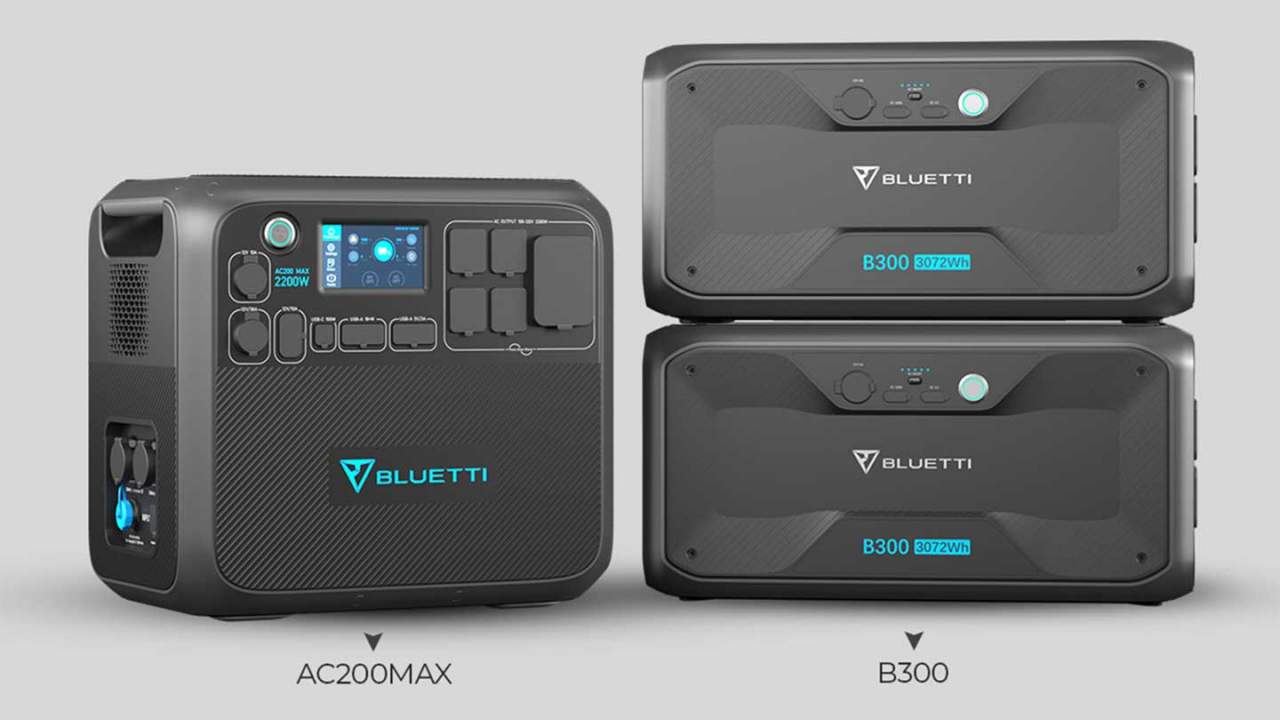 Just about a year ago, BLUETTI released its groundbreaking AC200 power station with the help of more than $6 million in crowdfunding through Indiegogo. Now, the company has geared up for a new line of four all-new power stations and batteries that will come to market later this year.

The company announced these new products in a press release, and these will be the first power stations produced by BLUETTI without the need for crowdfunding.

So, what kind of upgrades can we expect from these new BLUETTI power station products? For the first time, BLUETTI has developed a line of modular power stations and batteries that have a wide range of power usage without becoming incredibly heavy and bulky. So, let’s take a look at what BLUETTI has in store for us.

First, let’s take a look at the all-new BLUETTI AC300. The AC300 is the granddaddy of all BUETTI power stations so far, with an output of around 3,000 watts. This makes it 50% more powerful than the original AC200, meaning you’ll be able to power much more at once with this newer station.

The first battery that the company will make available is the B230. The B230 battery pack has a capacity of 2,048 Wh that can be added to either the AC300 or AC200 Max. This battery supports solar and AC input at up to 500 watts.

The second battery the BLUETTI announced is the B300, with a little extra capacity. This pack has a capacity 3,072 Wh and has support for faster solar input of up to 700 watts. The AC input is the same, at 500 watts.

However, if you don’t think that’s quite enough for your needs, BLUETTI has a device called the Fusion Box Pro that will allow you to attach two AC300 devices together to create one massive power station. With two AC300s and eight B300 battery packs, you’ll have yourself an insane power station with a capacity of over 24,000 Wh and an output of up to 6,000 watts.

And that does it for all of the new products on the way from BLUETTI. Both the AC200 Max and B230 will be releasing for order in August, while the AC300 and B300 will be available for order in September.

Whether you’re looking for something to keep your home power on during an outage, or you just need a portable, easy to maneuver power station that you can use on the go, BLUETTI’s new line of products should have something for just about anyone. Visit BLUETTI’s site here.