Dropzone was one of our biggest E3 2016 surprises

If there was one game that caught our eye at E3 this year, it would certainly be Dropzone. 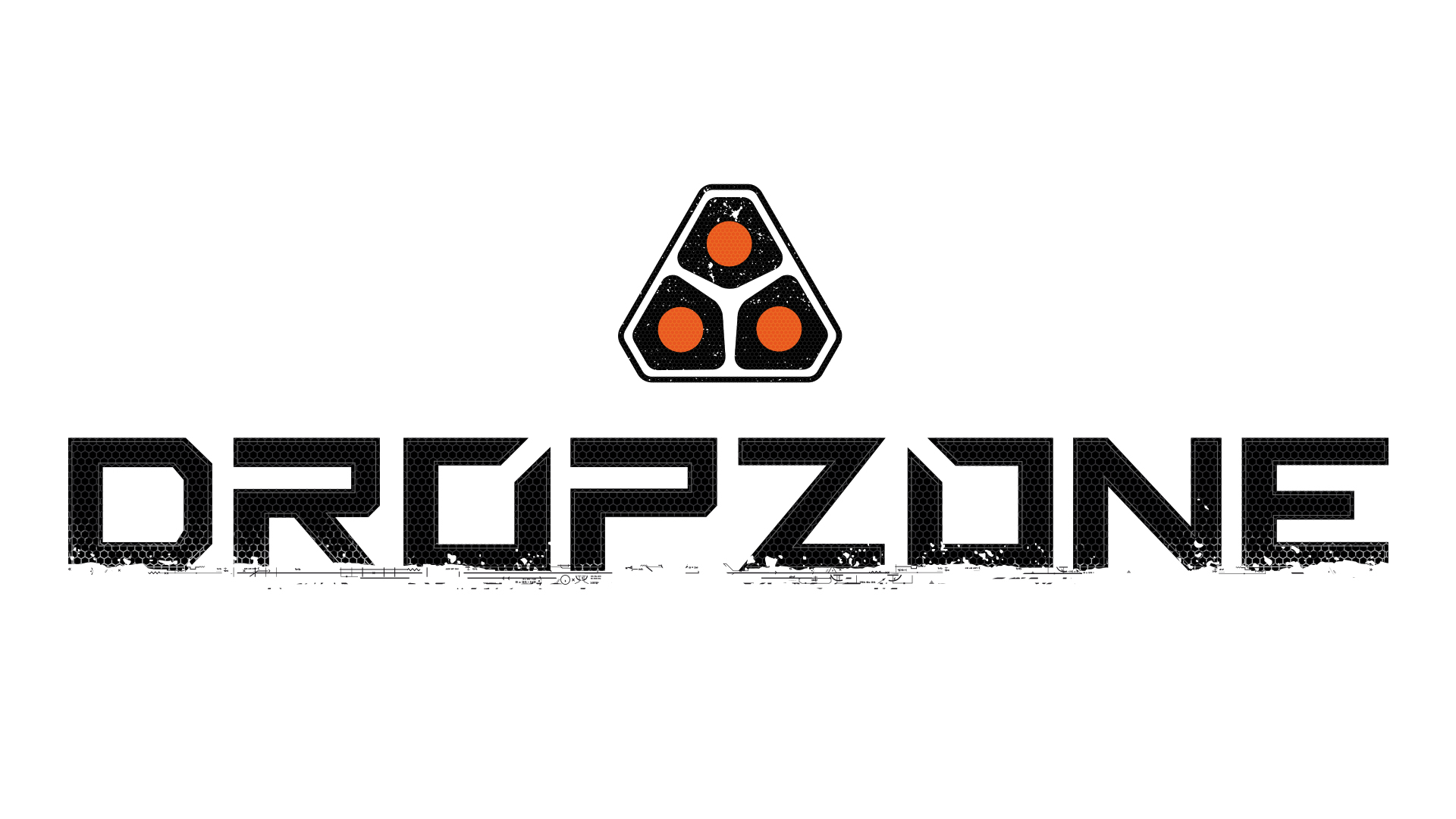 If there was one game that caught our eye at E3 this year, it would certainly be Dropzone.

There’s always an “oddity” at E3. There’s that game that you try to explain to everyone, but the more that you try, you feel like you are doing nothing but making the explanation far more confusing. This E3, that game was Dropzone. 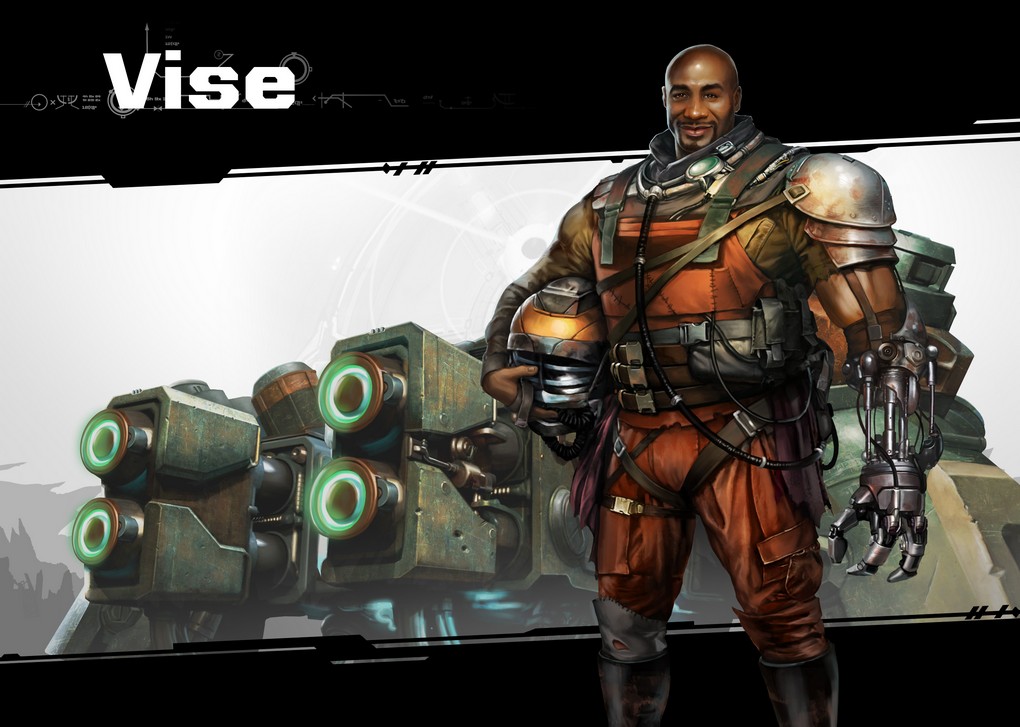 Dropzone is essentially a competitive 2 player game that takes aspects from MOBA games, RTS games, sports titles and a bit of American Gladiators. This eclectic mix sounds like an absolute mess on paper, but when I was able to sit down and play head to head. Well, it was hard not to have a big dumb smile on my face while I was playing.

[pullquote position=”right”]It was hard not to have a big dumb smile on my face while I was playing.[/pullquote]

The premise of the game is simple. You pick a team of 3 different pilots and you customize their mech loadouts. These pilots can be tanks, engineers or scouts and each class helps you defeat your opponent in different ways. After picking abilities and starting the match, the end goal is pretty simple. Score more points than the enemy team. This is done in a series of ways, meeting map objectives or scoring cores into the basket in the middle of the map. You can get cores by clearing out hives of alien big enemies that get increasingly tough as the match goes on. With all 3 members of your team focused on a hive, it would be easy to take a hive down, but the risk in a full engagement is having the enemy team ambush you, kill you and steal your cores. 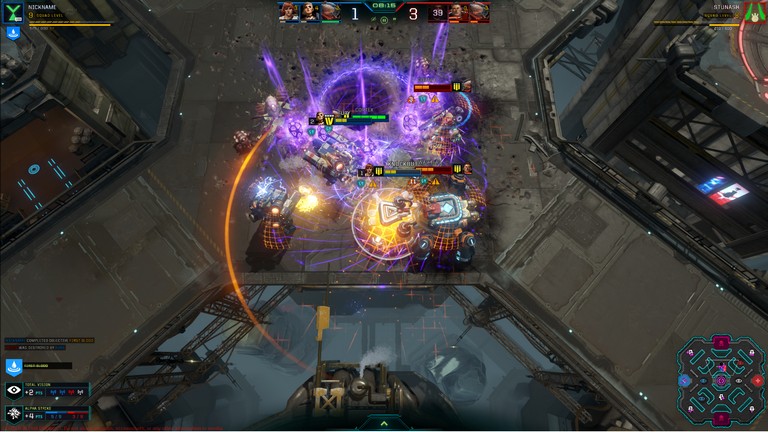 That’s where the real action is in Dropzone. There are watchtowers on the map that will allow you to keep an eye on hives, as well as the enemy team. Micromanaging vision, while trying to either pick off the enemy or take down hives becomes a complex game of chess that boils down to risk versus reward.

My team had some skills that allowed 2 of them to jump gaps, I used this ability to catch the enemy team off guard after a heavy battle against a hive a few times. I also learned that it was a good idea to defend the basket with my beefy tank while I tried to turn in cores, as I was caught off guard myself at least once. 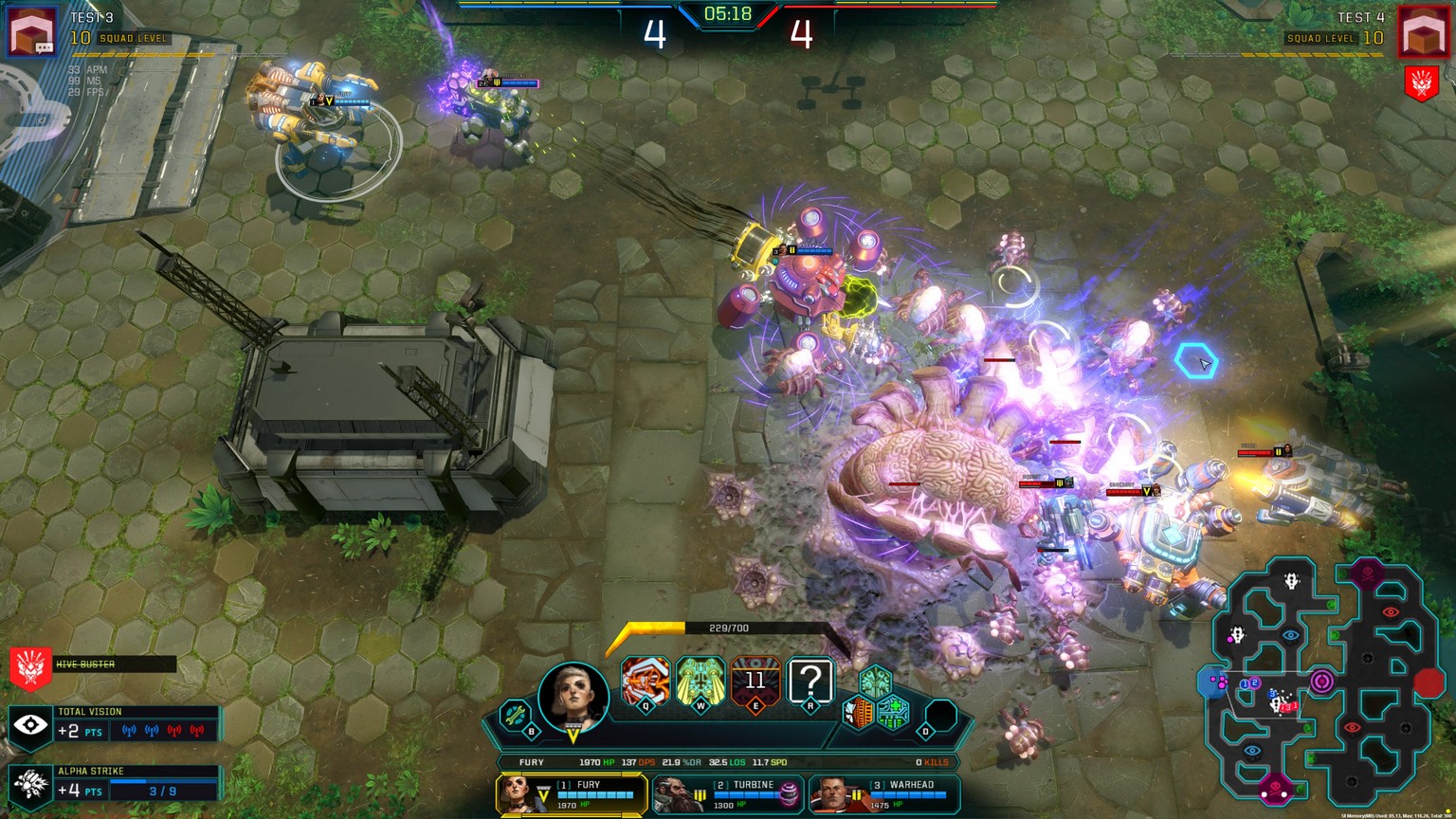 Dropzone is crazy. It’s a futuristic murderball game with mechs and map managements. I could see this become an eSports contender simply based around the overall sporty feel of the game itself. I feel like I can’t put the game into words effective enough to make people understand, but holy crap, playing the game is truly exhilarating.  There’s a beta coming down the ramp sometime soon. Keep an eye open for this one!