Facebook Messenger will soon let you send money to friends

Need to send a friend some quick cash? Facebook Messenger will soon allow you to send money easily with their app.

Need to send one of your Facebook friends some cash? Pretty soon Facebook will be giving its users the ability to send money to one another free of charge through its Facebook messaging app, Messenger.

To get started, all you have to do is link your debit card to your Facebook account. The (updated) app will feature a small ‘$’ right over the keyboard that, once clicked, will point you over to the payments interface. From there all you have to do is just enter how much money you wish to fork over, and then hit send. It’s pretty simple, as it should be. 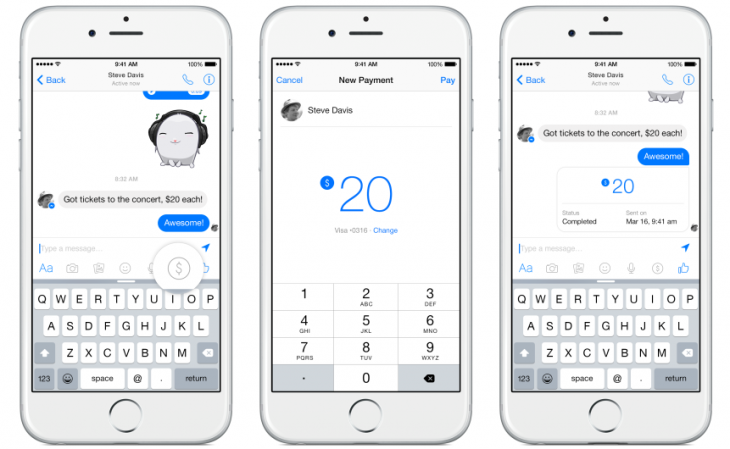 Once money is sent, funds are held by Facebook for “seconds” and then transferred over to the user’s bank account. If a debit card or banking information is not provided, Facebook holds on to the cash until that information is entered.

“We realized that there were all these conversations [on Messenger] that were forced to go somewhere else in order to actually finish,” Davis said. “You had to go to another platform to actually pay another person” Steve Davis, Facebook’s product manager tells Recode.

This news puts Facebook right in the dragon’s den of peer-to-peer payment companies like Square, Venmo, and even Snapchat, who rolled out a similar feature called Snapcash back in November. The trend is obviously on the upswing, and it is not surprising to see Facebook want to enter the payment gauntlet.

Unfortunately, Facebook hasn’t announced an official launch date. However, they did mention that they would be rolling out this new feature out to iOS, Android, and the web over the next coming months in the US.