Need a lightweight and portable monitor for entertainment purposes? Check out the GAEMS M155 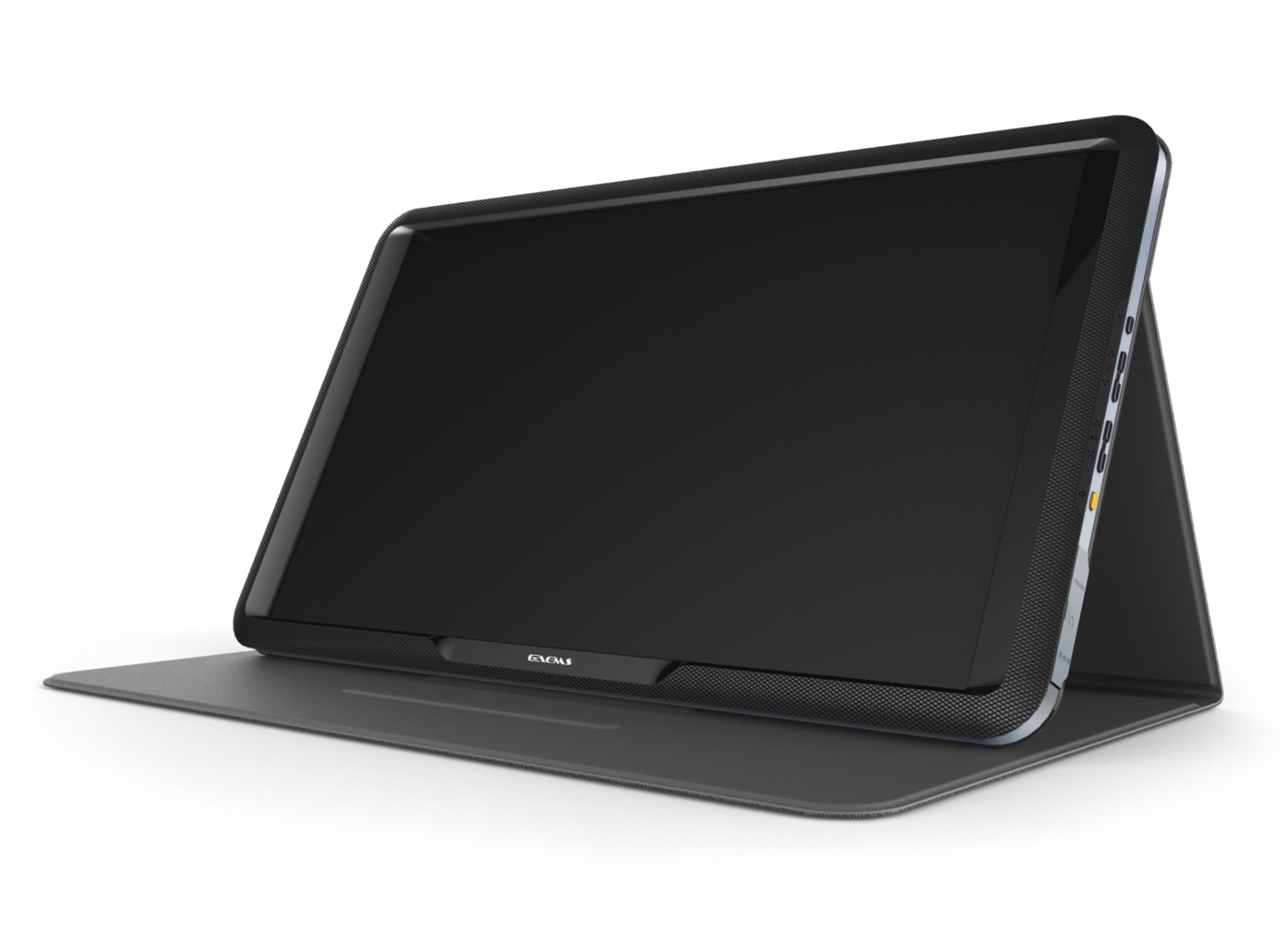 Not long ago at all, I reviewed the GAEMS Vanguard. Yeah, it’s pretty cool and great for anyone that finds themselves on the go, or fighting for their TV, but it is ultimately a big production to get everything unhooked, and move it all from one place to another. Part of the reason for this is like I said in our review one of the issues with the portable gaming unit was the bulkiness in taking it from point a to point b. For those of us that don’t want to carry around a massive plastic shell, GAEMS offers another solution, the GAEMS M155.

Setting up the GAEMS M155 is simple, I’ve used my PS4 with it the most and all that it requires me to do is plug the system into an outlet and plug the monitor into the system. Part of the reason I’ve used the PS4 for reviewing the GAEMS M155 is that you can get full audio by plugging a headset into the controller. Potentially the biggest drawback to the M155 is that it doesn’t have any speakers built into the monitor. I get that there isn’t space for some in such a streamlined monitor, but as someone who doesn’t have a Xbox One audio adapter, this limits my options.

I would have to stop myself at saying that the M155 is as useful as the Vanguard simply because it ends up being an incredibly niche product at the end of the day. That isn’t to say that I don’t like it but more to state that it’s the start of an awesome concept that will likely be improved down the road. Let’s take a look at what I liked and disliked. 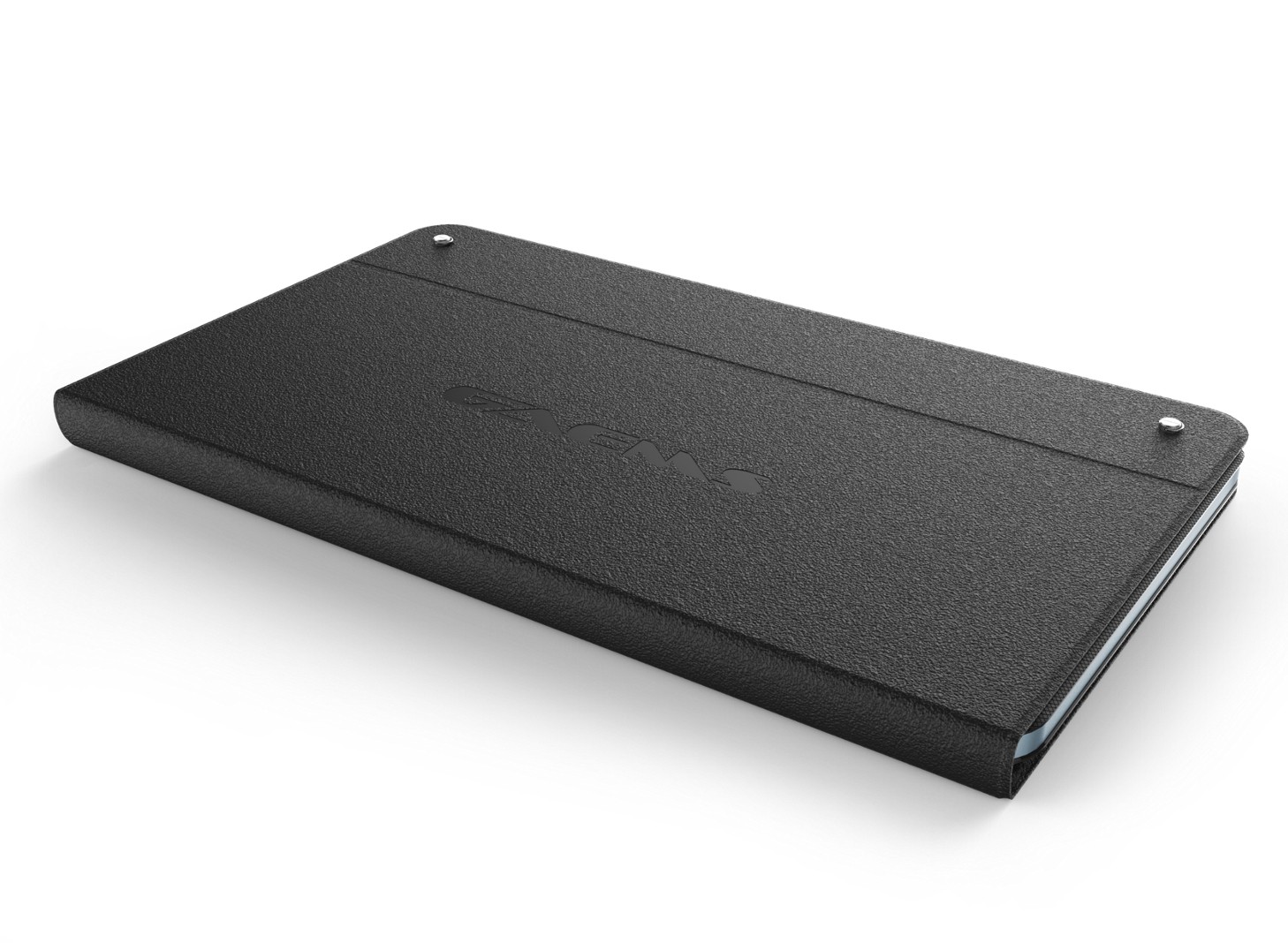 The GAEMS M155 has a 720p 15.5′ display. While playing games on my consoles, I had no issues with the resolution and thought it worked wonderfully. Using it as a PC monitor, though, wasn’t as smooth of a transition because the resolution is much more noticeable.

As I stated before, the GAEMS M155 lacks speakers. There is a headphone jack on the monitor and it works fine. I took advantage of this setup by using it as a portable Chromecast device a few times for the kids.

The M155 stands on its own using the folio cover that it comes with. While this works great on the fly, the forced angles sometimes felt a little awkward and the super-glossy screen had a habit of picking up reflections. I didn’t have much luck using this outside at a Starbucks without having to move things around.

Probably an easier peripheral to pack than a standard headset. When traveling, I simply slid the M155 in behind my laptop and went on my way. Of course if I am bringing a system, I’ll need to pack that too, which is why I’m glad I have a backpack made to transport laptops and consoles. (Apparently GAEMS sells one of these too?)

The GAEMS M155 is good, but not great. I found myself using it more than the Vanguard but not due to the overall experience. The M155 has an incredible setup to play time while the Vanguard always results in fumbling around with something. I loved how quick and easy it was to move around and adding a Chromecast to it has become an easy way to keep the kids busy and a bit of fun when they have a sleepover.

The M155 is for more flexible but less enjoyable for game than the other options. Overall, if you need a sub-$200 portable gaming and entertainment solution, this will be it. If you can spend a bit more, it’s time to go Vanguard.