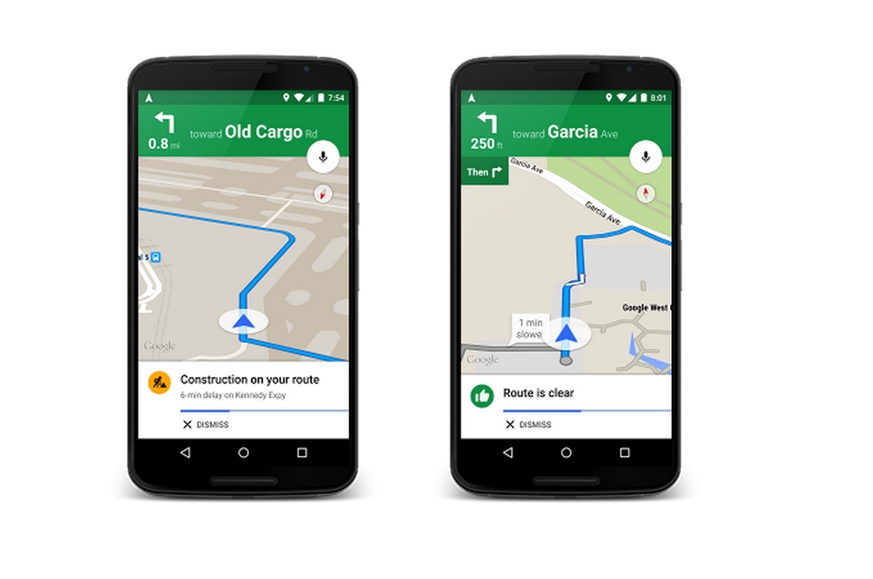 Google Maps, it’s probably one of the most used apps on my smartphone, and rightfully so. I would be lost without it. Literally. Thanks to an update rolled out yesterday by Google, the app just got a lot more useful.

Google launched an update to Google Maps that provides users with a traffic summary of the suggested route presented to them in the app. The update also alerts users to traffic conditions in real-time, so if you’re presented with a clusterfuck of traffic, Maps will offer you those details. If you’re sitting in traffic, the app will even tell you how much longer you have to wait before hitting clear a clear road.

Alternate routes have also been upgraded in the app. If you’re driving and an alternate route is presented, Maps will explain why they’re making the suggestion (traffic conditions, road constructions, etc.).

The update hasn’t been made available as of yet, but according to Google we should see it live before the weekend.