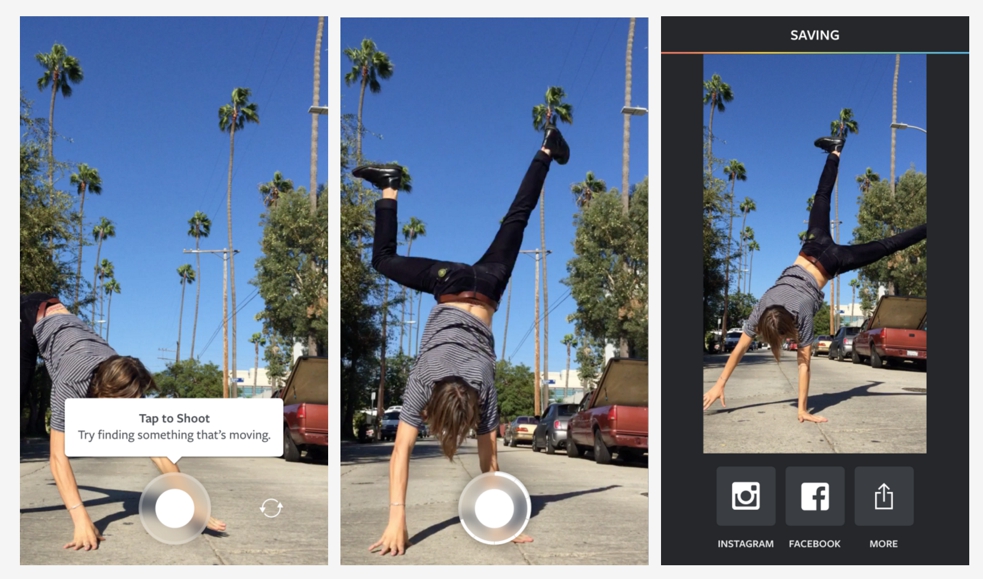 If you’re not a fan of Vine and Phhhoto, Instagram just launched a new video app called Boomerang that allows users to create 1-second video loops.

It’s a pretty straight forward app: press a button and Boomerang takes a burst of photos, as opposed to a video. From there, the app sews the pictures into a high-quality video. On top of that, the video doesn’t play and repeat, the clip plays, rewinds, and then plays again, just like a boomerang.

If you’re interested in checking Boomerang out, the app is available on iOS and Android today. To learn more, click here.