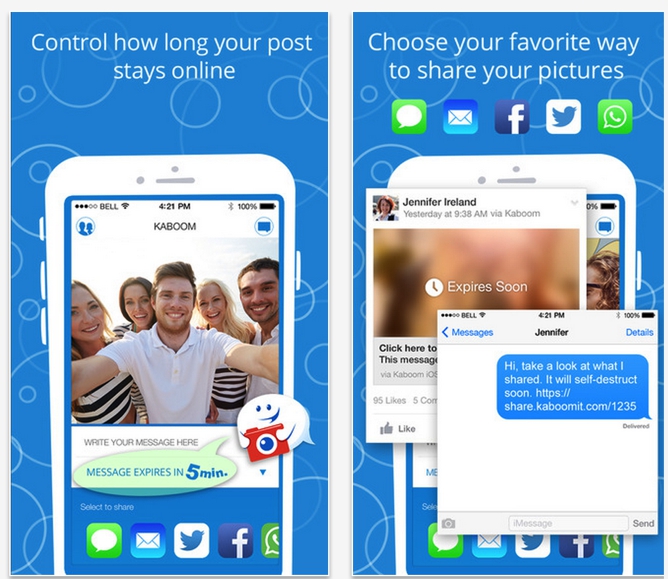 The mascot and premise may look reminiscent of Snapchat, but the similarities end there. Kaboom by HotSpot Sheild, a secret photo-sharing app, hands over the controls to users to decide how long their content is online before it self-destructs. Developed by the same people who brought us HotSpot Shield, this is their latest effort to give customers more control over the web.

Kaboom’s mission-impossible-esque appeal lies within its customizable countdowns that make photos self-destruct. After users choose what to share, they determine if they want their content to expire in minutes, hours, days, or after a certain number of views. Users can share photos saved to their phone via Kaboom, Twitter, Facebook, WhatsApp, direct linking, messages, or email. 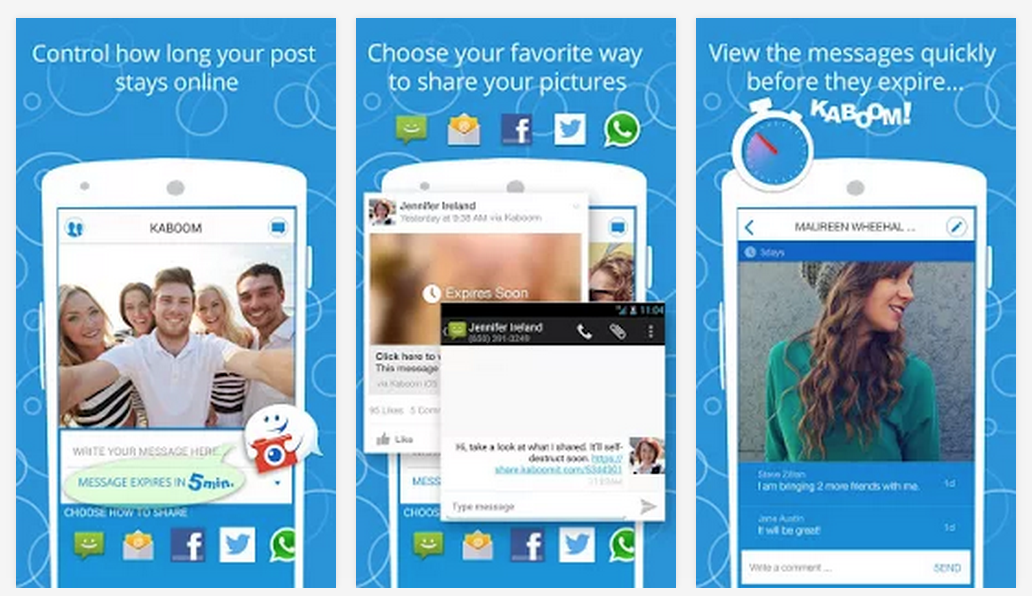 The link, should your friends accept it, initiates the timer. When opened, the link takes them to a Kaboom private message board to comment and discuss. Perhaps you need second opinions before buying a party dress but don’t want dozens of overwhelming comments. Or maybe you need admit you ordered a bacon cheeseburger even though you’ve told everyone about your kale-only diet. Whatever your secret, once the countdown reaches zero, your content and conversation goes, well, Kaboom!

This app hatched from the minds of  AnchorFree, a company in Silicon Valley, known for  its other app HotSpot Shield. The secure VPN app has had great success with over 300 million downloads, according to its website. CEO and Co-Founder David Gorodyansky believes “all users should be in control of web”. So who says you can’t control who you’re social with on social media? Kaboom lets users be as inclusive or exclusive as they please and gives them the ability to traverse from platform to platform with their photos.

Kaboom is free to download in the App Store or on Google Play. You can learn more about the app and AnchorFree’s other works here.