A rundown of this weekend’s melodrama that involved Star Citizen. 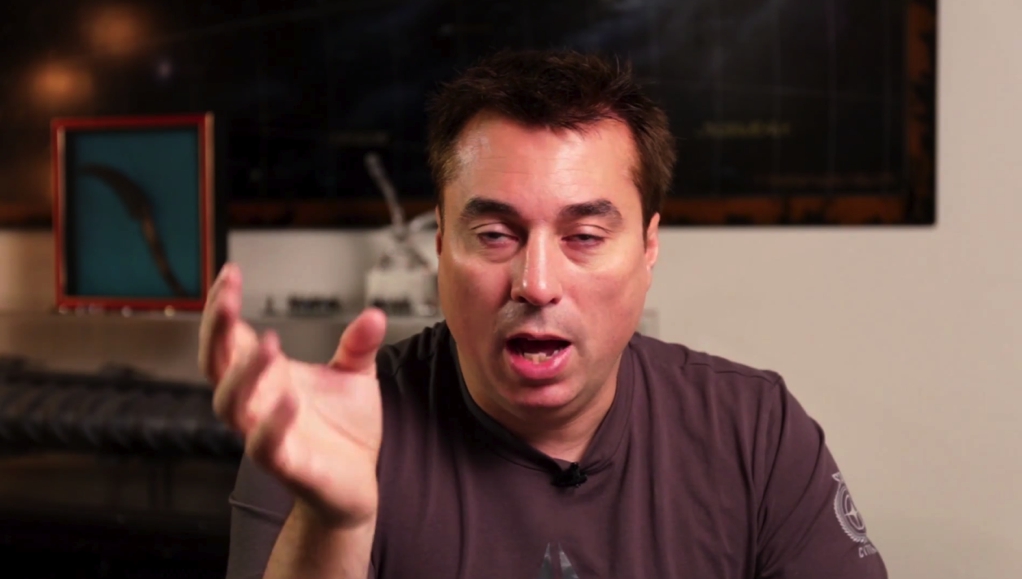 This last weekend has been amazing. Not in the most direct way ever, but in a wacky adventure that could be the subject of some sort of screen play. You have a seemingly scheming overlord that commands his followers as they blindly battle their opposition. You have their sworn enemy, whom currently seems to be playing the largest neutral party for his own gain. There’s even a roving collection of bandits that could jump into the fray at any moment, making  the drama tense and dangerous. I can certainly paint an amazing story of fiction, but unfortunately, this story is anything but.

I spent this weekend sharing a report The Escapist ran about the game Star Citizen, and the worrisome reports that things weren’t going so hot. The story pulled me into this insane battle that I just detailed. I’ve received emails, insults, numerous requests on my personal FB page and tons of vitriol. Personal attacks and such don’t bother me. Hell, I even had a c̶u̶l̶t̶ ̶m̶e̶m̶b̶e̶r̶ fanboy of Star Citizen even try to threaten litigation because I voiced my opinion. If this was the end of the story, we’d be good. Unfortunately, for any good melodrama, we have to go deeper down the rabbit hole.

As members of the media stood against the onslaught of fanboys, events unfolded and other players made their appearance. The same day that The Escapist published the initial report, there was a post on RSI’s subreddit that basically called out the sources of the report as Glassdoor postings. There was some similar info there, but the claims of word-for-word emulation were far from correct. It did, however, show that there was something that wasn’t on the up and up. Soon after this, The Escapist posted a followup that explained how they verified their sources, once again showing that as far as anyone could tell, proper policies were followed.

Late Saturday/early Sunday, the drama seemed to be dying down. I started working on a few reviews and putting unruly commenters in their place. Then fellow games reporter, Jason Evangehlo, shared a disturbing piece of info: Star Citizen was going after The Escapist, allegedly. This lead to more questioning of Lizzy, where she verified that there was a possibility that some of her sources may or may not have been completely straightforward with her. There was disarray, what was going on? A majority of the uncertainty came from a strongly worded letter from Chris Roberts himself. This is the part where the antagonist plays his hand…

(Note: I was informed this is written by RSI’s legal counsel, Ortwin Freyermuth. -Thanks @Kamego)

Chris’ letter immediately starts off by going full-on conspiracy theorist on Derek Smart, a man whose name I’ve heard mentioned a lot this weekend, but one I had no interest in following up on. I got into this with only the interest to essentially report on a really interesting report, not to follow a former crowdfunding backer and the company’s battle that has raged for longer than I cared to know. Chris’ letter basically promises to get Derek Smart if it’s the last thing he does, he goes on to attack Lizzy’s character as well. This isn’t just “your info and sources are inaccurate” but “you have ties to Gamergate and are totally an anti-feminist, so you must be evil” type of stuff. It goes on to promise that Chris’ lawyers will sue The Escapist if they don’t agree to their demands, ONE MILLION DOLLARS, I mean launch an apology, investigate their staff for discrimination and retract the info, in 24 hours.

To be honest, it’s not going to be an easy lawsuit if CIG went after The Escapist and it really comes off as a poker ace creating a tactical gambit with an all-in bluff. But we’re still getting ahead of ourselves.

Gamergate was mentioned. Whenever that happens, it’s almost like Beetlejuice.

Voluntarily or involuntarily, mentions of Gamergate became more common. The slimier members of games media started gnashing their teeth about how The Escapist and Gamergate had somehow conspired to cause this. Chris’ letter mentions the movement when calling Lizzy’s ethics and character into play as well. A few months ago, I got to get cozy with Gamergate. It’s not all bad people, not all good people, some really crappy people and a whole lot of love for drama. It’s a story for another time. It seemed that lines were being drawn in their camps too. Places like Kotakuinaction seemed to side more with The Escapist, while calling in doubt the recent events. Satellite groups vowed to investigate parties like Lizzy or Evangelho for their involvement and have their findings placed on Deepfreeze (It’s kinda like Telltale games’ whole “So and So will remember that”). The latter was weird because Evangelho just reported on the findings, as did I, but he is an industry big dog that they don’t have much dirt on. The thing is, when Gamergate gets involved in anything, Anti-Gamergate people do too. Meaning this somehow starts blending into the territories that you see Gamergate generally mentioned in.

We’re at the point where there are too many players in the game. Cloud Imperium Games wants to go to battle with Derek Smart, whose criticism of Star Citizen got the media initially involved. In order to scare the media off, Gamergate was pulled into the mess, who brought along anti-Gamergate people. This started to create a more direct-yet-scattershot focus on individual media. Derek has used this as an opportunity to play the knowledgeable good guy, although it’s obvious he has his personal agendas as well. CIG has used this to play the victim and the media is still wondering how a large game studio with multiple offices doesn’t have any sort of employee identification. Still with me? Yeah, it’s confusing as hell.

What was a simple report is going much deeper, it caused me to learn about a game that has players funneling $1000’s of dollars into for things that apparently don’t even exist yet. I’ve learned about a game with so much ambition that I’m surprised they haven’t hired Hideo Kojima yet. I’ve met what is probably the most toxic fanboy community out there on the internet. Finally, I’ve learned that some people just need to get over grudges.

Either way, whichever way it goes, it’ll make for a good story. I’ve had some realizations too. Regardless of what I’ve thought of console fanboys, Star Citizen fanatics make them look like #positivitythroughgaming superstars. Also. I am acquainted with some people that aren’t who I used to think they were. It’s been polarizing so far.

I’m sure the next few days will make for gripping drama.