MicSwap transforms your iPhone into a professional studio microphone

If you ever wanted to know what your voice sounded through a variety of different microphones, MicSwap lets you do that.

If you ever wanted to know what your voice sounded through a variety of different microphones, MicSwap lets you do that.

TechCrunch reported today that a new music app had broken onto the scene. It’s not a music service, though; it’s an actual music-making app. MicSwap is an interesting little music app that turns your iPhone into a series of professional microphones. Founded by partners Rob Behnke and Gary Levitt, MicSwap’s microphone modeling dynamics mimic famous microphone settings to give the user the intended microphone effects.

Behnke’s and Levitt’s music backgrounds clearly play a huge part, as the app has a number of settings, ranging from Led Zeppelin-standard effects to an NPR-style format, which might appeal greatly to podcasters and otherwise spoken-word artists.

MicSwap ups the ante of interesting by also providing a selection of background environments to record over, to give the user different effects for their recordings. For example, you might want something with a little static to give your recording a live feel, or something to make your podcast sound like it was done in a professional radio studio. 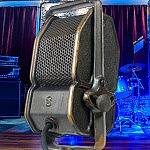 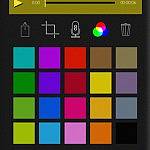 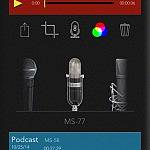 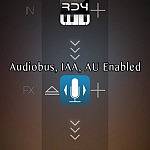 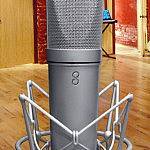 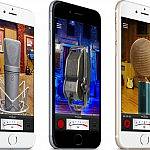 With two versions, free and Pro, the app lets users expand their microphone-search experience in a serendipitous kind of way. While the free version has a limited selection of mics you can try, the Pro version comes with around nine, which any recording artist (musician or podcaster) will tell you provides ample opportunity to experiment with different sounds. Throw in the different background environments, and MicSwap has the potential to create a veritable cornucopia of interesting recording concoctions. As a former musician and college DJ, it’s this level of potential creativity that excites me more than anything else.

Though the Pro package tops out at a rather-high $20, it might be worth it if you’re in the market for an app that would let you mix around a number of combinations to set your music and/or podcast apart from the pack.