PhotoTrash, it’s like Tinder for deleting photos on your iPhone

PhotoTrash is an iOS app that lets you delete your photos in an easy, fast and fun way. 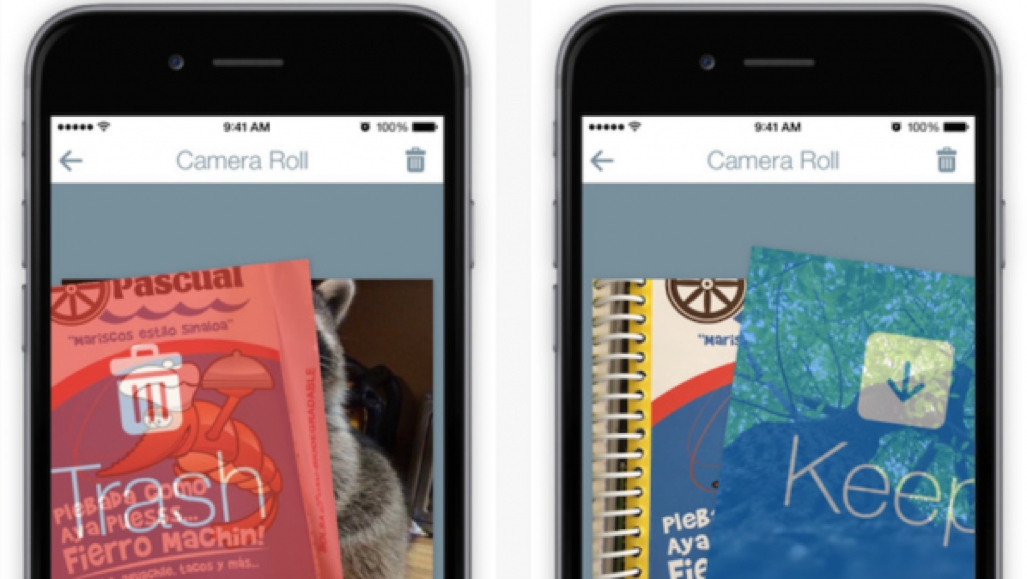 PhotoTrash is an iOS app that lets you delete your photos in an easy, fast and fun way.

Ok, we get it. You take lots of pictures. Great, now they’re hogging up all of your iPhones resources and deleting them all sounds like an excruciating task. Could you imagine if you had to go through every single photo and inspect them to see if it’s worthy of staying on your phone?

I recently stumbled across an app called PhotoTrash which promises a simple solution to deleting your photos. It’s simple: swipe left to delete or right to keep it. If you ever used Tinder then you’ll catch on really fast. On top of offering a simple solution to zapping phones from you phone, PhotoTrash comes with a suite of other cool features like favoriting photos, infinite undo, full resolution and zoom capabilities and more.

Here’s some of the other unique features PhotoTrash brings to the table: 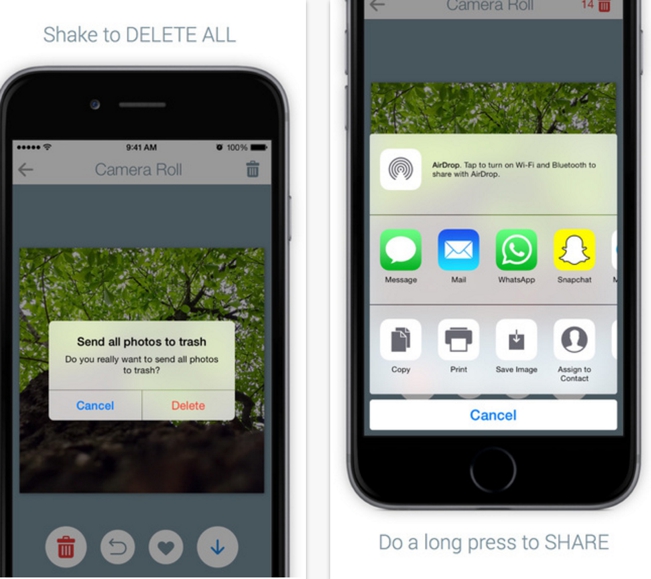 PhotoTrash is the brain child of Luis Salazar and according to a recent ProductHunt post, this is how the idea came to fruition:

“PhotoTrash began when I started looking a way for me to delete all the screenshots on my iPhone, when I finished that app and deleted all my screenshots I felt relieved by not having to find and delete them one by one on my camera roll (because iOS 8 didn’t had an Screenshots album like iOS 9 does). I decided why not turn this into an actual app on the App Store. I began to expand a little the idea and this included to delete any photo, choose any album and obviously an album of screenshots that would allow you to see the full screenshots and not just a square preview of the screenshot, and that’s how PhotoTrash was born.”

PhotoTrash is available on the Apple Store for $0.99, which sounds like peanuts for something you could eventually use everyday. Sure, there’s a bunch of alternative apps similar to PhotoTrash, but I found that the experience was simple and straight forward. The extra features are an added bonus. To learn more, click here.