Niantic Labs is screwing over the Pokemon Go community and a a lot of users aren’t happy about it.

Niantic Labs is screwing over the Pokemon Go community and a lot of users aren’t happy about it.

My family has been playing Pokemon GO ever since the launch during the first week of July. It’s been a great excuse to get the kids excited and out of the house as we go to explore the neighborhood.

Unfortunately, the “3 step” bug happened and we went from exploring the neighborhood to trying to linger around Pokestops and rare Pokemon spawn locations. The nature of the game changed and we noticed that we started seeing less people around the neighborhood on Pokemon GO adventures.

Pokemon GO is losing part of what made it special to begin with.

When I updated my Pokemon GO app yesterday, I was absolutely shocked to see that one of the bullet points was that the footsteps under Pokemon on the Pokemon tracker had been removed. The feature was broken for the last few weeks, but there was always the hope that Niantic was planning on fixing it.

With the subsequent removal of the footsteps, the actual tracker seems to be rendered useless. For the first time, I decided to look on one of the tracker sites in my area to see what elusive Pokemon were in my area. I was able to catch a few because of this and was happy that I was able to find something to keep the adventure alive. This morning, I went to access PokeVision to see if there was anything I could go look for, only to find out that Niantic and in some part, Nintendo, have asked these sites to shut down. 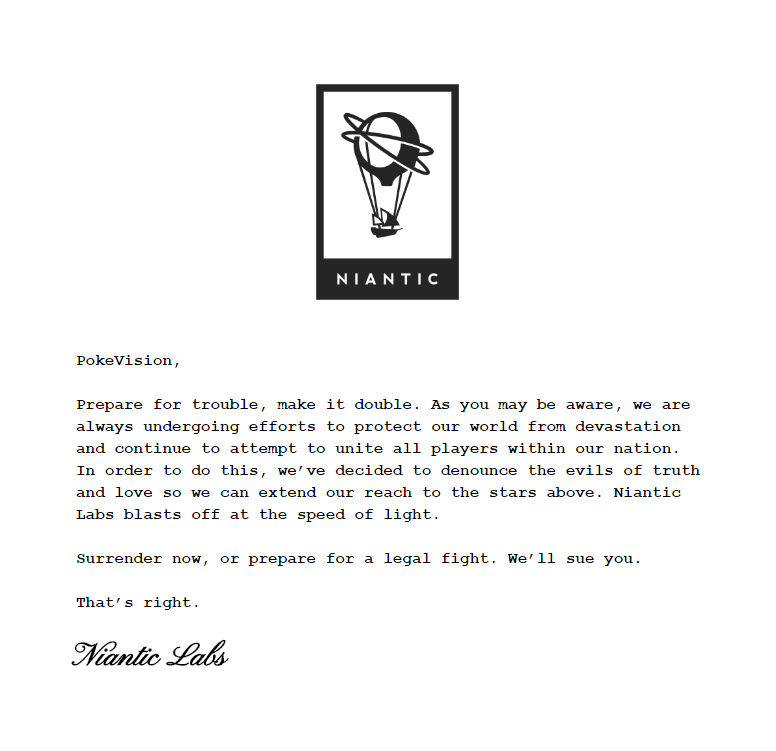 We were able to get an exclusive leak of the cease and desist letter sent to Pokemon tracking sites.

Without sounding like an entitled jerk over all of this, Niantic is out of their minds. They refuse to communicate with their community, outside of trying to pander to celebrities and other social media influencers. They refuse to acknowledge issues within their game and don’t comment on what to expect going forward. I want to give them the benefit of doubt but after meeting some Ingress players, they told me this is Niantic’s M.O. through and through.

[pullquote position=”right”]Niantic is going out of their way to make their game less-enjoyable.[/pullquote]

I was told about how they don’t communicate and generally implode under stress and community demands. This paints a scary picture for a game that was a great uniter not even a few weeks ago.

Part of what made the Poke Tracker a feature that was helpful was that in Florida, we don’t get a lot of Pokemon that aren’t water, flying or normal types. When a rock type or fire type pops up, I am super excited to try to find it. If I couldn’t use the in-app tracker to do this, I was at least able to use the web-based versions. Now I can’t use either and that isn’t much fun at all.

Niantic is going out of their way to make their game less-enjoyable and they don’t really seem to care at all. 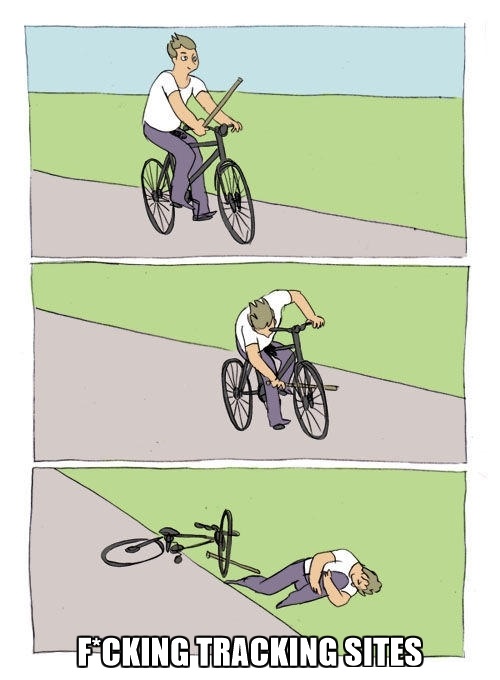 Speaking more with the former Ingress players I met, I was told that everyone stopped playing Ingress because Niantic stopped updating the game in any meaningful way and didn’t explain changes. This is much like how Niantic nerfed Vaporeon and Snorlax yesterday but didn’t list it in the notes, other than saying they changed damage levels.

Is there a reason Chancey is a CP 360 level 20 Pokemon at the top of the bar? Why aren’t I getting experience from nice, great and excellent throws anymore? I’d really appreciate some clarity and transparency. The bad news is that it doesn’t seem to be a thing Niantic has any interest in doing.

Ultimately, as someone that really enjoyed the initial experiences from Pokemon GO, Niantic’s seemingly anti-community-based actions make me feel like they don’t care that I feel alienated. They made a few bucks off me and my wife, other than that I can do screw myself.

[pullquote position=”left”]The community will die out and Pokemon GO will be dead before fall.[/pullquote]

I don’t have any assurance that my favorite feature will return to the game (PokeDetector is keeping the dream alive) and honestly, I don’t even know what the future is for the game because Niantic won’t embrace their community.  If Niantic continues this course of action, the community will die out and Pokemon GO will be dead before fall.

My family and I will continue to play Pokemon GO for the foreseeable future, but I doubt I’ll be making any more in-app purchases until they get their stuff together. Correct me if I’m wrong, but players probably shouldn’t support a developer that doesn’t seem to want to support them.  I hope I’m wrong and they just weren’t prepared for the success of Pokemon GO but it is only a matter of time before someone does what they did better and if they aren’t ready, the Pokemon GO experience will be over before it truly even got going. Pokemon GO can still be successful but Niantic needs to want it to succeed. As of right now, they simply don’t care, are ignorant or just ill-equipped for the job.

I’m honestly surprised The Pokemon Company has let them screw this up so bad.