A new month, another fresh Loot Crate deployment. This month’s themed as Galaxy. Here’s all the goodies inside.

A solid Loot Crate. Not the best but certainly not the worst!

December’s Loot Crate arrived right before the holiday and as you could imagine, things have been hectic. The month’s theme was Galaxy, which with Star Wars making a killing in theater, wasn’t all that major of a surprise. Surprisingly, as you are about to see, the Loot Crate wasn’t as Star Wars themed as I expected, which is actually an OK thing.

Let’s take a look at all the goodies that showed up this time! 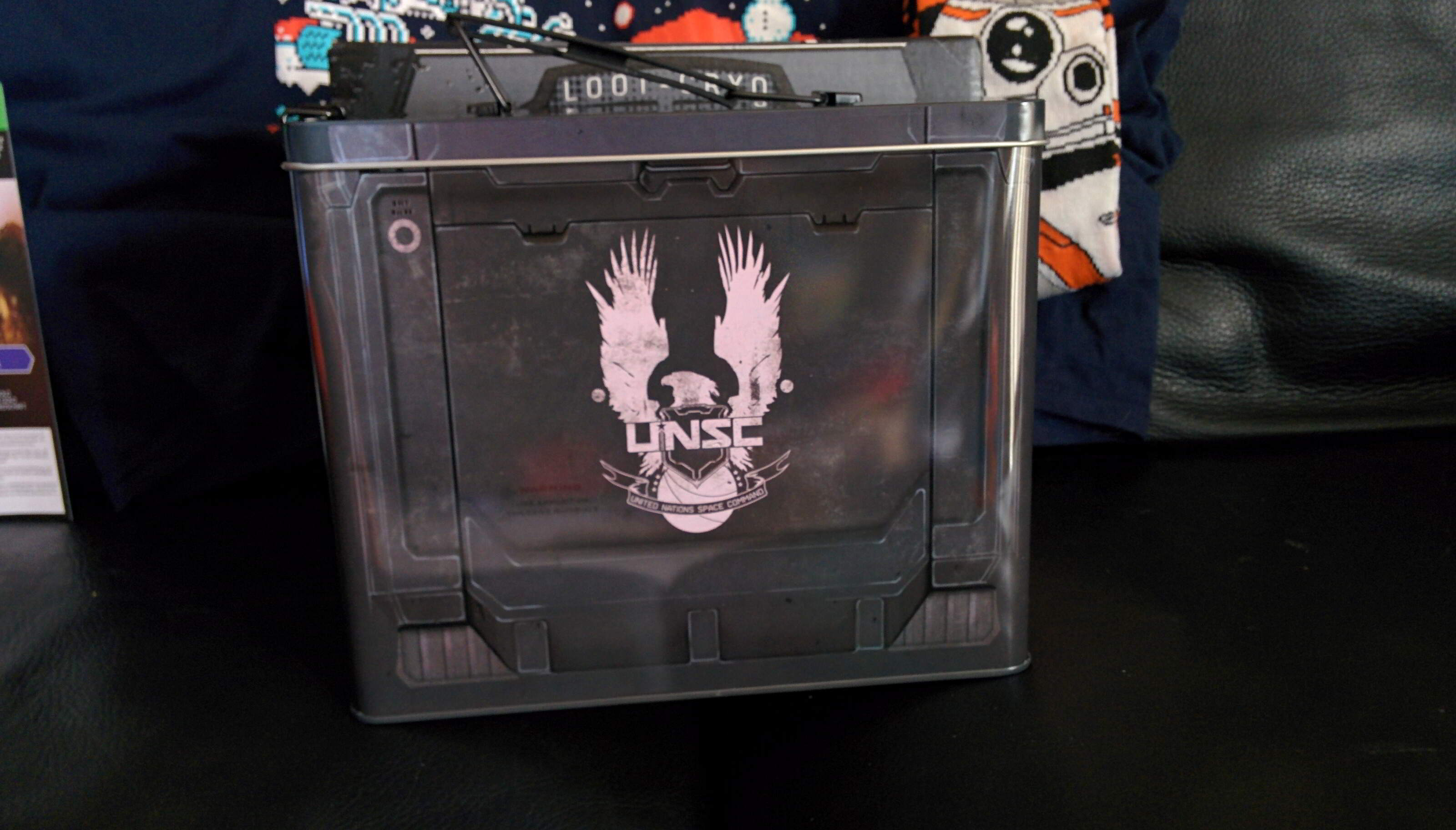 This thing took up like 75% of all of the Loot Crate space. It’s a neat little departure from the normal things that we generally find in a Loot Crate and it’s at least not stickers. While I wasn’t sure what use it would have originally, I found that it makes a pretty decent ammo crate for the NERF guns  we have around the house… I was going to use it as a lunch box.

While they really don’t fit me all that great, I like these a lot. Don’t feel bad for me, with a size 16 shoe, there aren’t many socks, much less cool ones, that I can wear. However, my wife is all about appropriating all my neat looking socks from Loot Crate. These black and orange socks will be in her sock drawer in no time flat. Still, they do look cool!

I guess it makes sense that Galaxy Quest would get some love here. While not my favorite movie, it did have the late, great, Alan Rickman in it, so it has that going for it. The patch is a really good quality, which is nice because many fan-patches have all these loose fibers and stuff. Galaxy Quest fans will absolutely love it, while I’ll eventually probably add it to my travel bag.

General rule of thumb: I like cool shirts. Secondary rule: I really like clever t-shirts. This month’s Loot Crate shirt hits both of those right on the head. First glance makes you realize that it’s one of those ugly sweater themed t-shirts. Closer inspection reveals all the neat little space themes on the shirt. I like this shirt a lot, but honestly, how big of a dork to I come off as if I wear it past the holidays? These are questions that need to be answered!

I own Halo 5 but haven’t really played it online as of yet. That’s probably a bummer because a quick Google search of Supply Pack codes for Halo 5 shows you that there are people out there that hunt these things down like they are Amiibos  or something. Now, from what I can initially tell, this supply pack is a standard one, so there really isn’t too much rarity to it, however it is a shot at some unique stuff in Halo 5’s online setup.

I’m not sure why, but the magazine didn’t appeal to me that much this time around. It wasn’t bad, but the content really didn’t seem to be of my interest. However, the Loot Crate pin this time is gold, instead of a normal color, so that was kinda neat. What the hell am I going to do with all these pins?

Aw yes! I’ll say it again, these figures are one of my most favorite things that I can get out of a Loot Crate. When they are exclusives, that’s even better. Plus, above all things, it’s freaking Han Solo. This version of The Force Awakens’ Han is in his appearance at the tail-end of the film, while the traditional store versions have him in his normal jacket. I’m not going to say much else about this, for fear of spoilers, but it’s cool as hell.

A solid Loot Crate. Not the best but certainly not the worst!